Reekado Banks put a follower in his place after he made a comment about the singer’s songs. 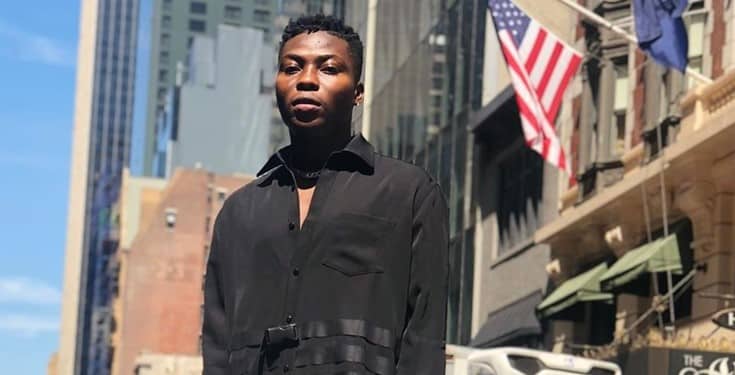 The follower who is simply identified as @Famimora_ took to his page on the popular micro-blogging platform, Twitter, to state that the Oluwa Ni singer actually has good songs while laughing.

The music star didn’t think that the follower’s statement was actually funny as he gave him a factual response.

Asking the reason for the follower’s laughter, Reekado told @Famimora_ that music is his job. According to him, he has been churning out songs for the past six years.

The Ladies and Gentlemen crooner went ahead to state that no one knows more than his ex-boss, Don Jazzy, who introduced him to the music industry.

Reekado’s response clearly showed that he was not in the mood for any sort of disrespect for his craft and creativity.

What is the ‘lol’ for , what is the ‘actually’ for? Na my job, been doing it for 6yrs now. If you don’t expect me to have good songs, the joke is on you ! Musically, no one knows more than Don jazzy that introduced me to the game, so fuck you and the useless surprise. https://t.co/8mZeuuBsdk