Reality star, Venita Akpofure recently caught the attention of many after she liked a tweet refuting claims that Neo actually got a Mercedes-Benz car from his fans on his birthday. 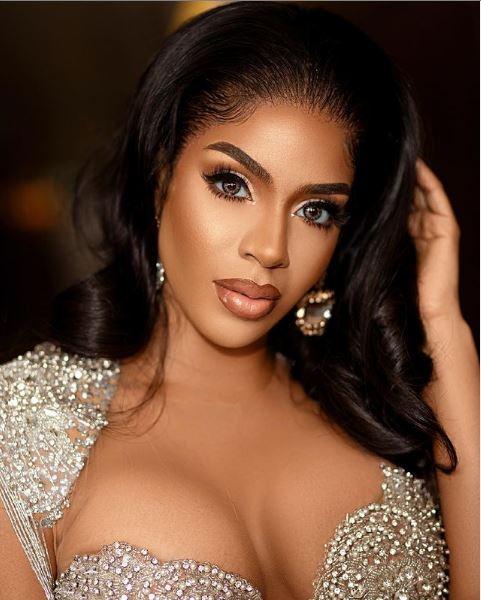 In an earlier report, it was disclosed that Neo’s fans decided to give him a taste of what fan’s love looks like by gifting him a Mercedes-Benz car and 2 million Naira. 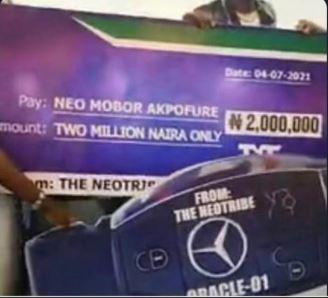 However, in a recent development, a netizen surfaced to debunk the viral news about the gift by saying that Neo got the car long before now and it wasn’t a birthday gift. She further described Neo as a liar.

Venita on her part liked the tweet which goes a long way to stir up suspicion. 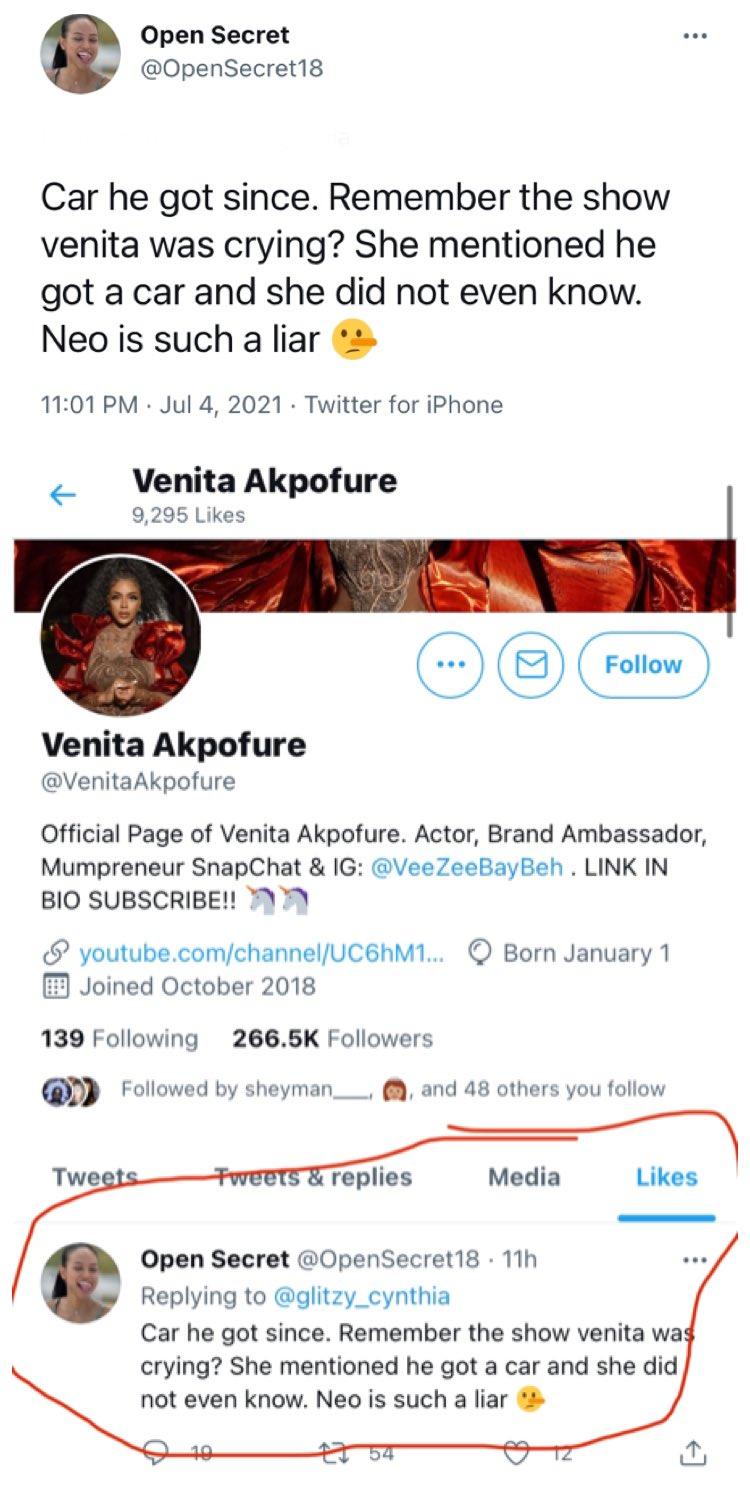