Popular reality star, Gifty Powers calls for the absolute shutdown of social media networks as she lists the downsides caused by the internet age. 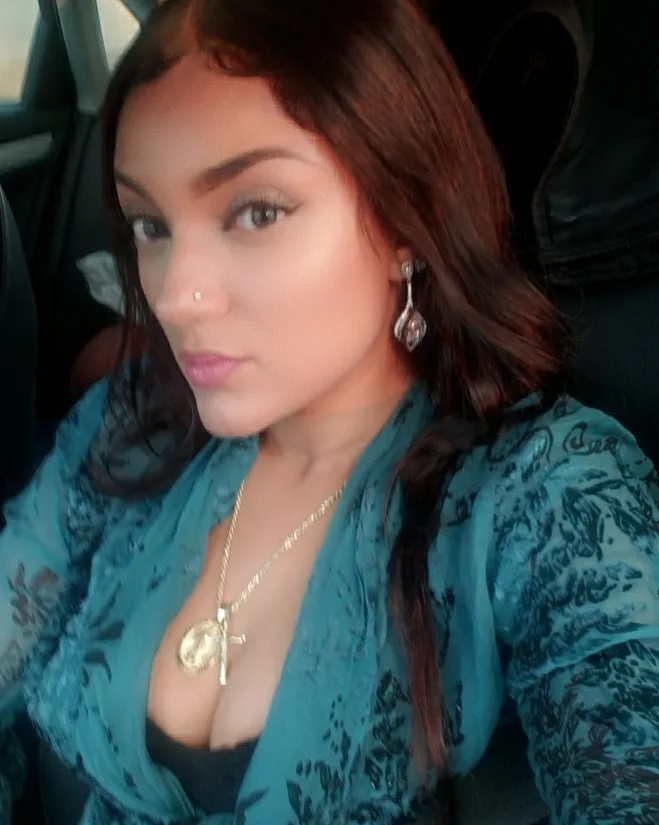 This is coming following the downtime that caused a pause on social media networks that includes Facebook, Instagram, and Whatsapp some days ago.

According to Gifty Powers in an Instastory, social media is causing more harm to users than the good that comes with it. 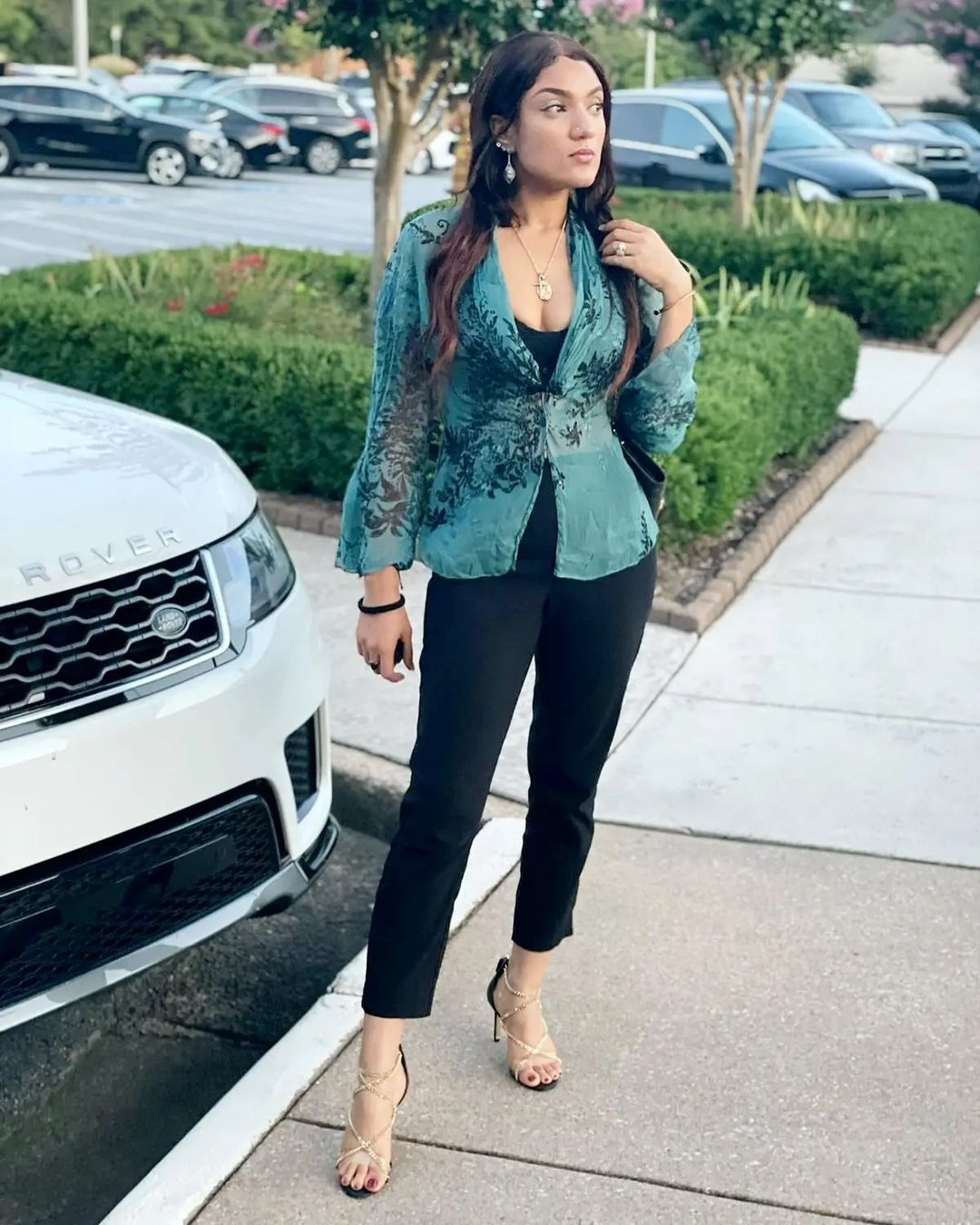 ‘Youngsters killing people just to be successful In life
•So-called mentor/idols having numerous sugar daddies and coming on social media to write shiny things like ‘Its God’s grace’, Fuck you, and that ON-grace.

-Youngsters faking it till they make it(keep faking It until you lose that big opportunity).
-people finding their answers on google and faking it like its their idea.
-so caged transgender wearing makeup and borrowing their friend’s clothes just to prove shitty act.

I could go on and on… Look, Dont be deceived. I will not call out names, and yes my chest is full but I will not use.

Everything you see on social media is fake People can go to any length just to post a cute picture on their page. There is a history behind every picture being posted.

Dont kill yourself over things you can not handle. There is a time for every season in your life. Chill…your shine will come. For every season. there Is a test. and from every test. there Is a TESTIMONY,” she wrote. 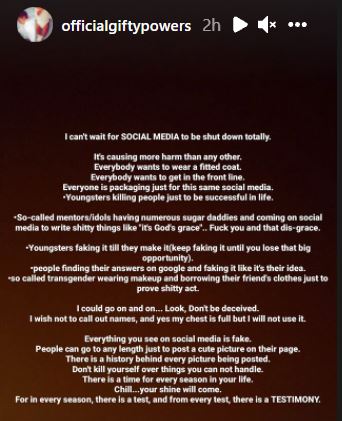