Home General Reactions as man insists that a man who loves his girlfriend will...

A man took to his Twitter page to drop a controversial post on how to detect a man that truly loves his woman in a relationship. 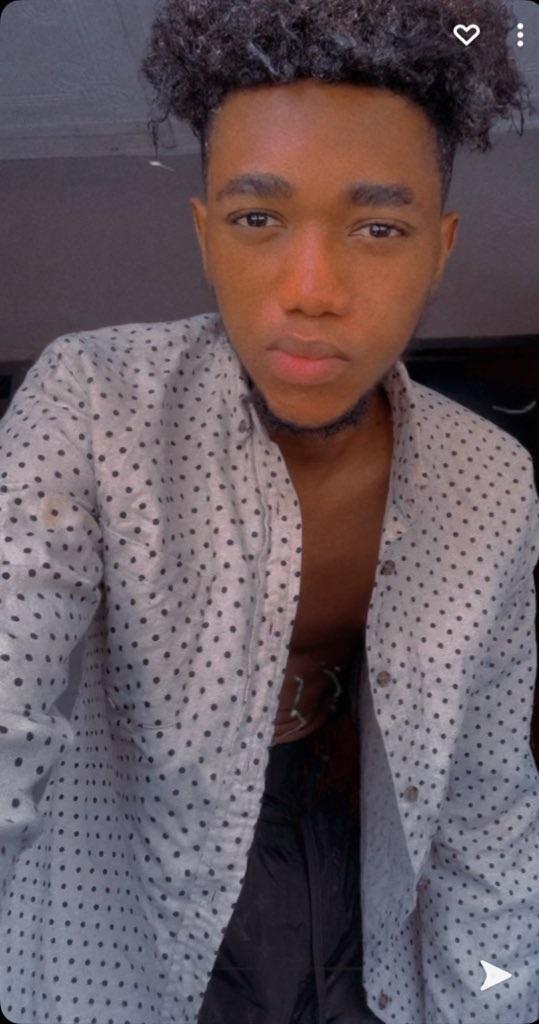 Shola dishes out advice to both men and women in relationships as he tells the women that a man who truly loves her will never flaunt her on social media.

According to him, this is a way of protecting her from the public and making her a point of attraction.

“A man who loves you will never post you. If he truly loves you, he’d protect you by not making you the point of attraction” – he tweeted. 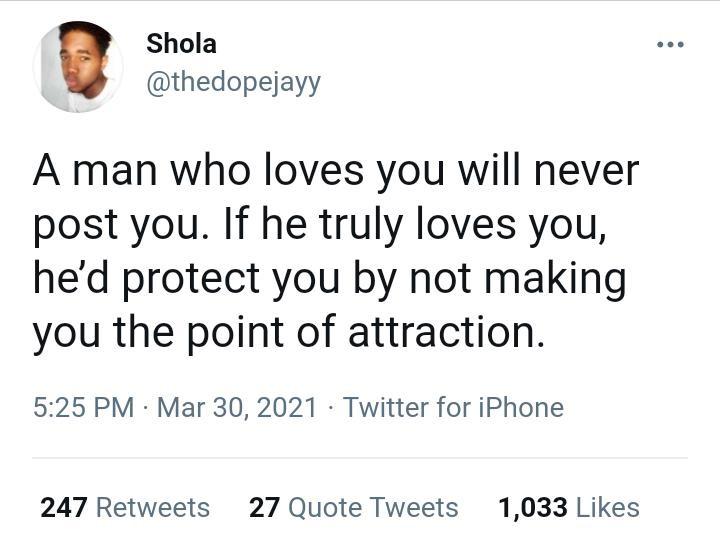 Here’s how his followers are reacting to his tweet: 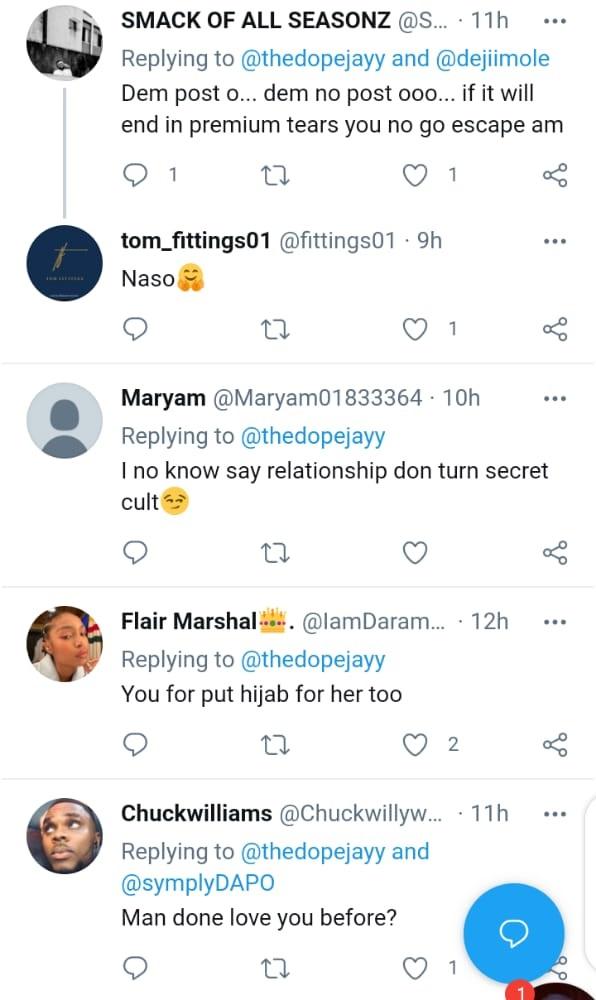 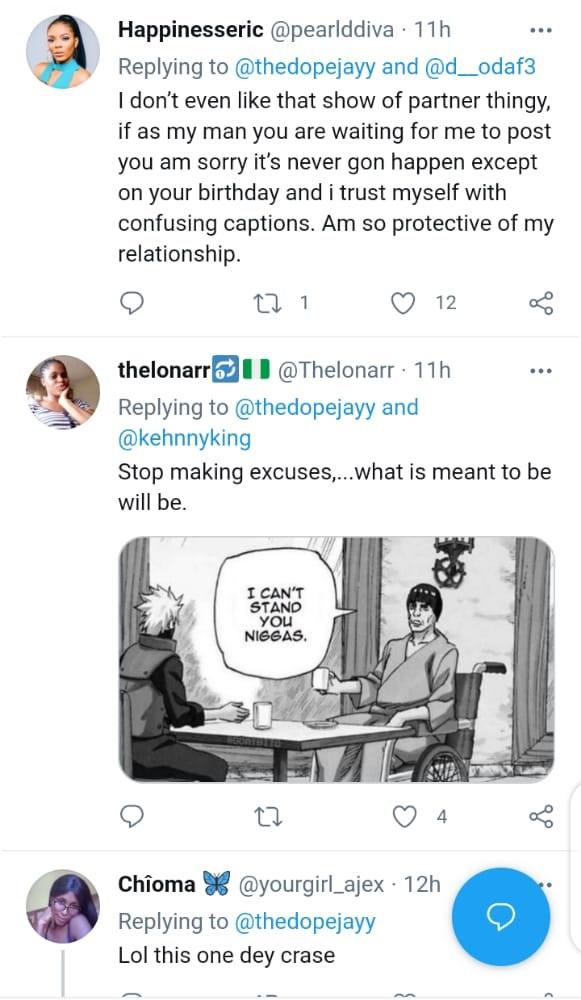 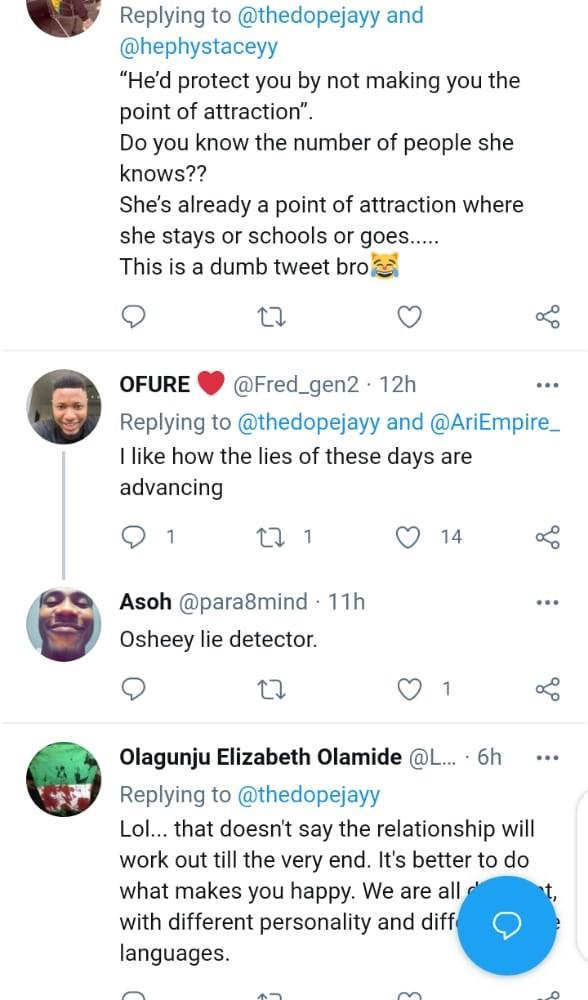