Home Viral News Reactions as a Twitter user seek advice after he caught his friend’s...

A man took to his official Twitter account to share the complex situation he is in at the moment and how he’s in desperate need of advice. 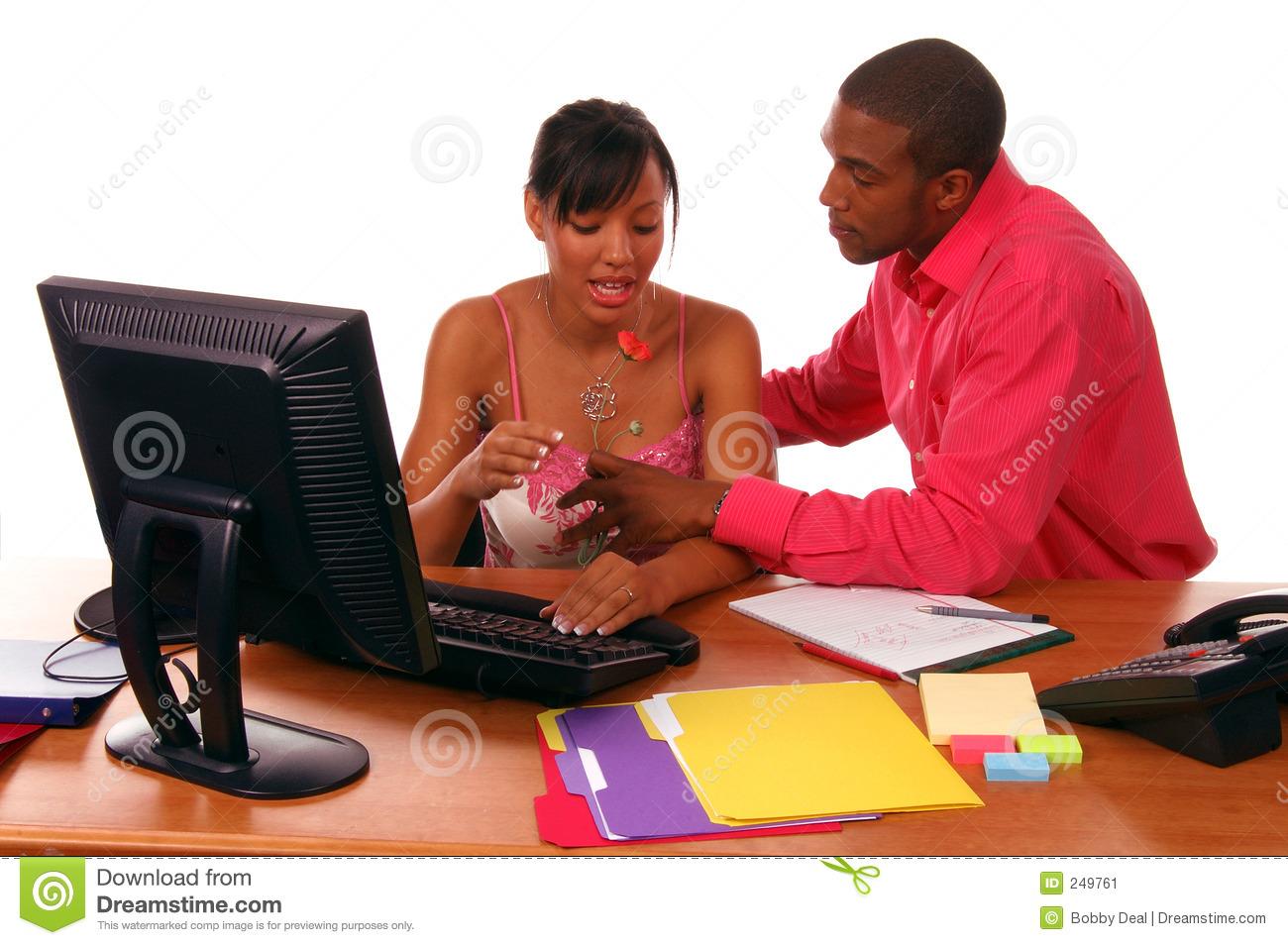 The young man reveals that he discovered that his friend’s wife and his boss have been having an illicit affair. This affair, however, has been ongoing for the past 11 years even before she got married to his friend 6 years ago.

“My friend’s wife is my Boss’s side chick at work. I’m so confused What would you do if you’re in my position???

I got to realize that both (my friend’s wife and boss) have been dating for the past 11 years even before she got married to my friend 6 years ago. Omo x 234566″ 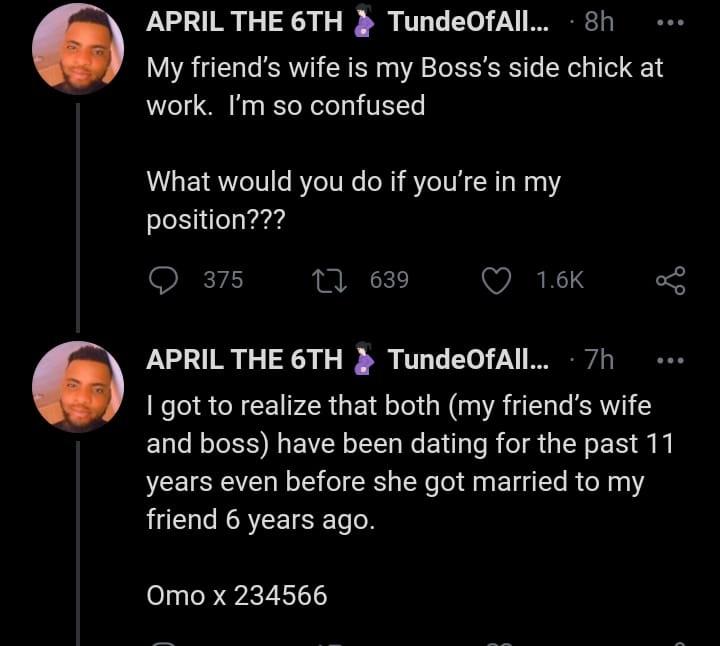 However, this tweet has gone viral, with many followers giving him the right answers on what to do and what not to do so as to keep his job. 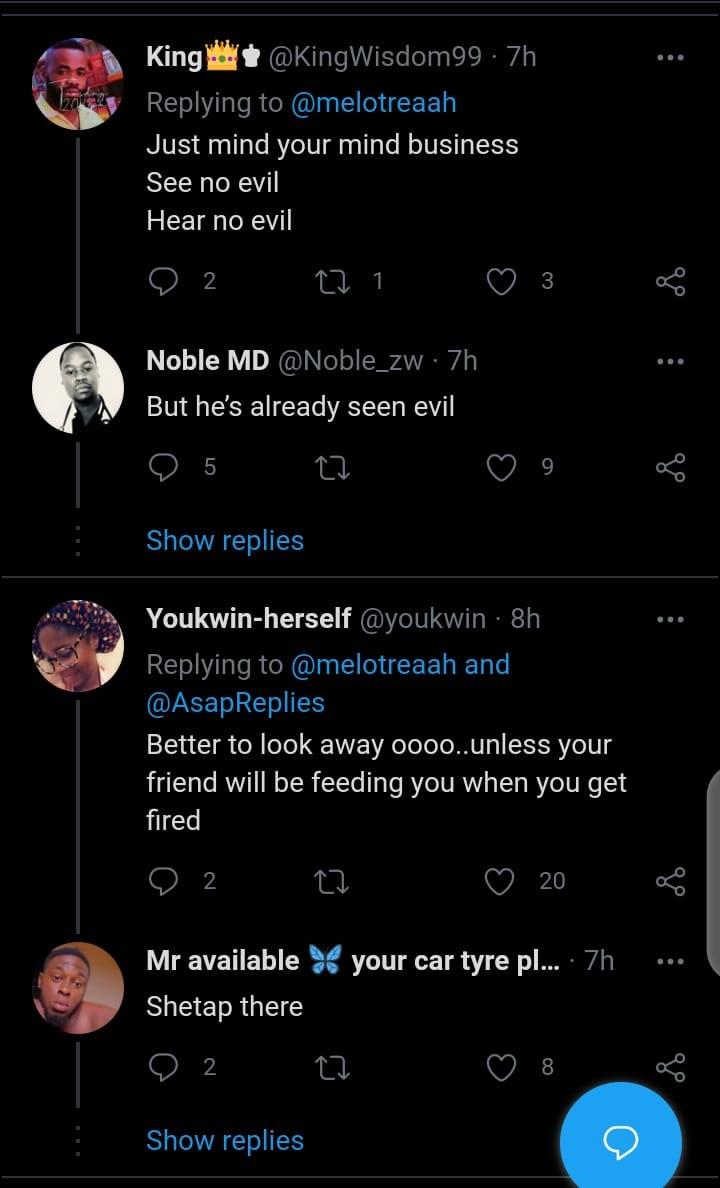 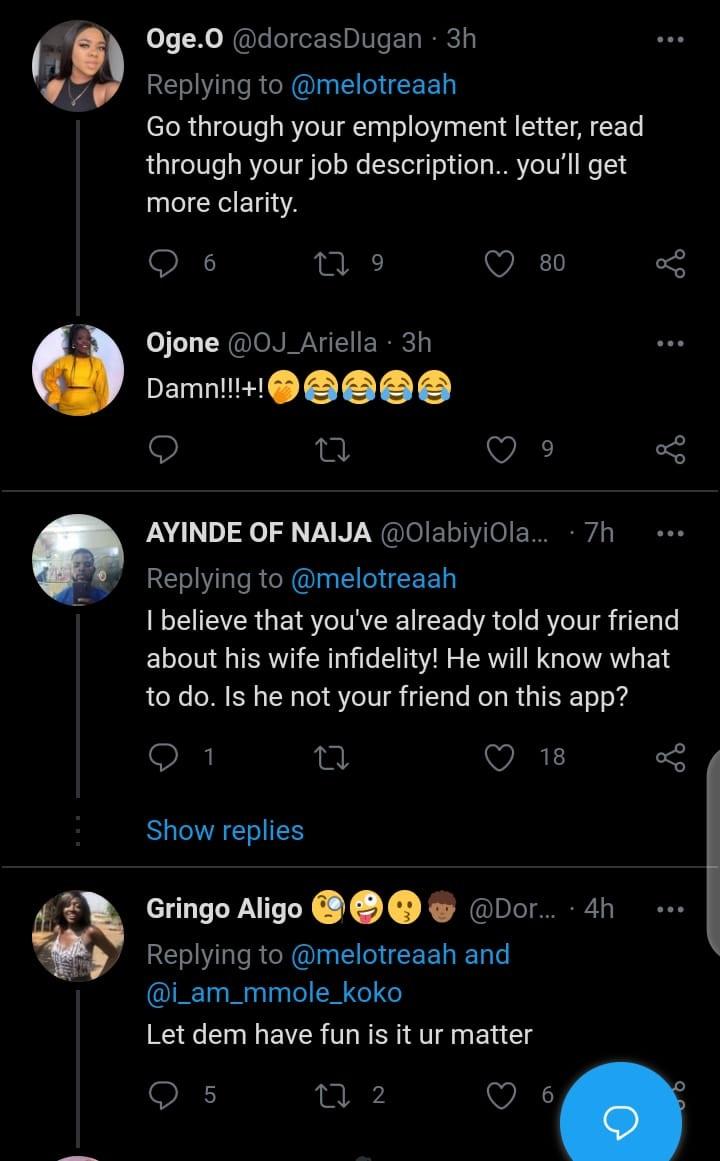 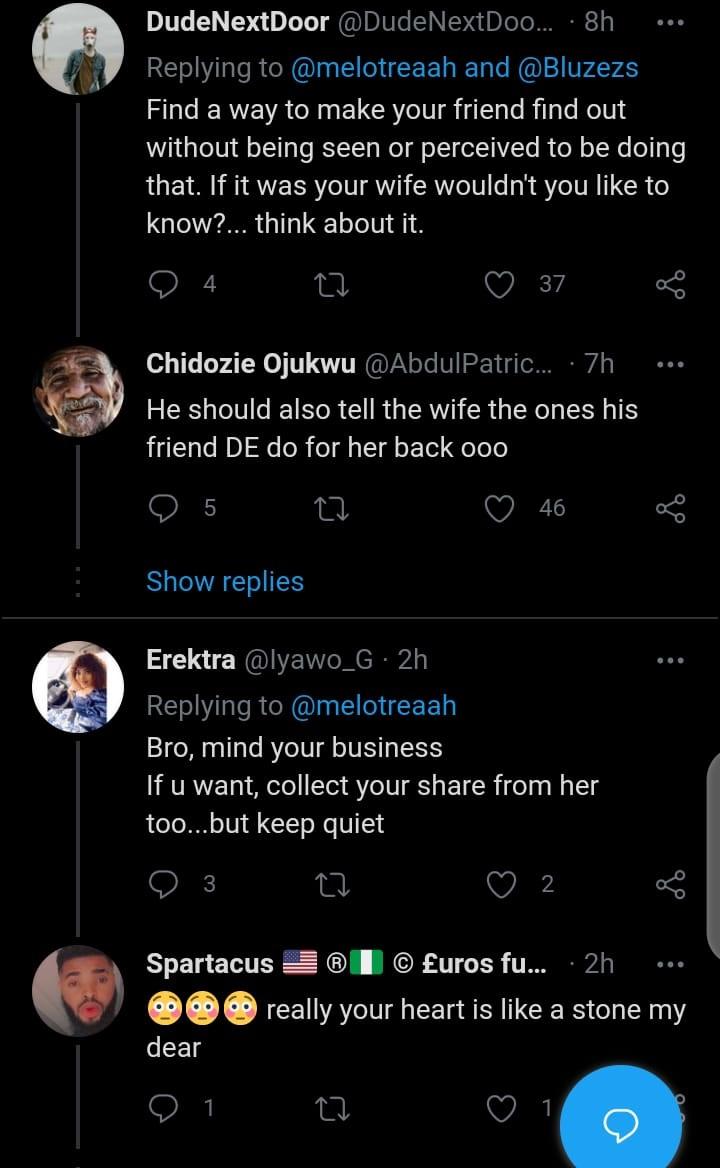