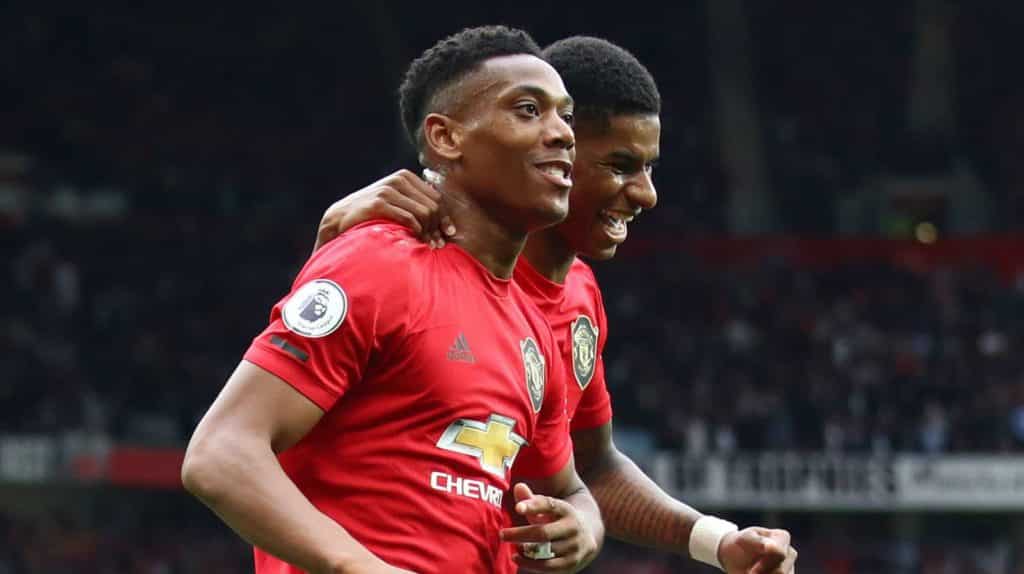 It was more by luck than judgement at times, but the brave new world that is Manchester United’s much-vaunted rebuild under Ole Gunnar Solskjaer got off to a thumping start on Sunday at Old Trafford.

Their 4-0 success over Chelsea owed much to them taking their chances when they came and making Frank Lampard’s side rue their failure to do the same.

In the aftermath of the sale of Romelu Lukaku, which had many an observer concerned as to where United’s goals would come from, Marcus Rashford and Anthony Martial netted three between them and injected some much-needed optimism back into the stands at the Theatre of Dreams.

Their goals came at key times too, with United pouncing during periods when Chelsea looked to be turning the screw in both halves.

The tone was set early by the visitors getting in behind the United midfield with ease and attempting to exploit the channels. It was from that position that Tammy Abraham fired a bullet across David de Gea and against the Spaniard’s far post, and Ross Barkley would be denied by the keeper’s outstretched boot soon after.

United attempted to press high as prescribed by their manager, though, and after Kurt Zouma’s earlier mishit pass had handed Martial a shot at goal the Chelsea defender would then pull down Rashford in the area after more sloppy play on the ball by the London side.

The England striker stepped up to slam home and for 10 to 15 minutes thereafter they were probably the better side as home advantage finally seemed to count for something in the stands and United responded with greater attacking verve.

But as the game fell back into a more moderate pace it was Chelsea who again dominated, and Emerson first struck the angle of post and bar, then tested De Gea either side of half-time.

Again though, it was when Chelsea looked most likely to register that United struck. Jesse Lingard did well to reach a loose pass before feeding Andreas Pereira out wide, with Martial beating Cesar Azpilicueta to turn the ball home from close range.

As the Frenchman pointed to his new No.9 shirt during the celebration it was almost impossible not to think of Lukaku’s record of having netted a single goal in 24 games against top-six opposition during his United spell.

Moments later it was game over, with Paul Pogba delivering a brilliant ball over the top for Rashford to race onto and provide the coolest of finishes.

Solskjaer will have been very happy with more than just his starting forwards though, with all three of his summer signings enjoying fantastic debuts.

Aaron Wan-Bissaka was superb at right-back, Harry Maguire always assured in the centre of defence, and Daniel James came on to wrap up the win with a splendid fourth goal after Pogba’s burst through the middle on the break.

It was about as good an opening day as Solskjaer could have asked for even if it took his side a long time to get going.

But then that sounds a lot like United over the last six years – they’ve picked up results at times and even the odd trophy without really getting going.

The long-awaited rebuild has started with a bang.