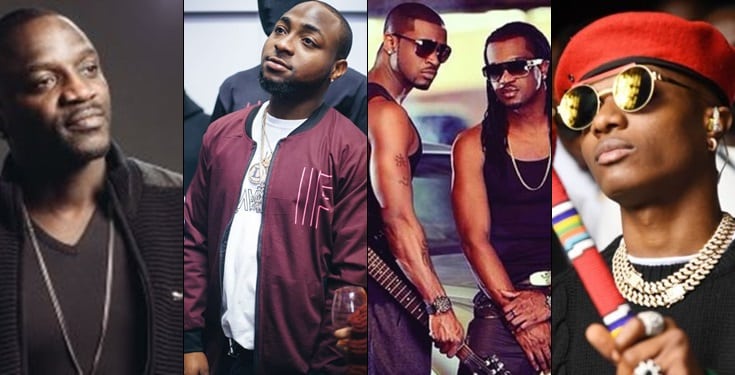 Senegalese US singer, Akon has revealed that Psquare, Wizkid and Davido are richer than most American hip-hop artistes.

He made this known at a summit for youths where he revealed that the glamorous lifestyle seen in American hip-hop videos are actually fake.

According to Akon, such music videos which shows a musician living large with Bentley and pretty women is actually the opposite of reality.

During the same event, he was quoted as saying:

‘The images they show about Africa are so negative. It’s conditioning what we believe. Africa has a rich story too. More people died in Chicago, more school shootings in America. Akon: Why Africa is Better than America’.