Davido and other Nigerians have raised important questions as they react to news about thugs who hijacked #EndSARS protests in Benin City, Edo State and freed inmates from prison. 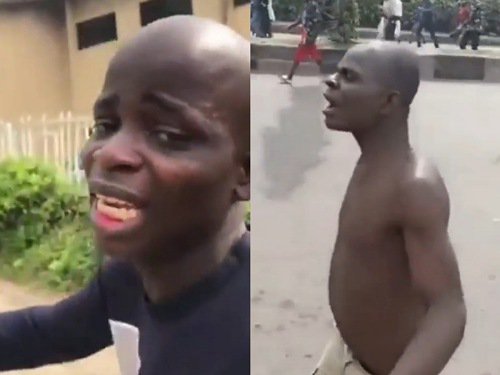 Recall we earlier reported that thugs hijacked #EndSARS protest in Edo and freed inmates from the White House prison.

Nigerians have now taken to social media to raise important questions about the said jailbreak.

Many questioned the possibility of inmates who have been in prison for years to have jewelries, current Arsenal jersey, fresh pink lips among other evidences.

A Twitter user also observed that the said inmates freed from the prison were not wearing their prison uniforms.

Popular Nigerian singer, Davido particularly laid emphasis on the visible potbelly of some of the supposed e-comvicts.

@IamOkon wrote, “I never go prison before but in movies, prisoners wear uniforms but all the clips I’ve seen of the Benin prison break, the ‘prisoners’ were on jeans, polo shirts, some even had necklace on. I’m not saying it’s planned but na so White House prisoners for Edo State dey ‘chill.’?”

@FrankDonga_ wrote, “Wait.. a whole prison was broken into? No gun battle, no injuries, no officers captured? Freed prisoners wearing jewelry& headphones and granting on-the-spot interviews on their way out?.. please, in which country? I tweet in peace???‍♂️ #EndSars #EndPoliceBrutalityinNigera”

No largescale jailbreak can succeed without: (i) the active connivance of prison insiders, (ii) the tacit support of prison security or (iii) the disguised involvement of prison authorities.

When you're ready to tell us the truth — or if you ever will — we'll be here, waiting. 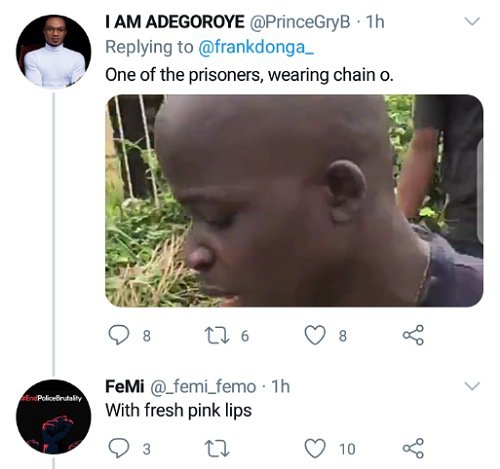 Watch video of one of the freed inmates who spoke after being released from prison below;