Home Viral News Pregnant woman dies after she was bitten by a snake inside her...

An eight months pregnant woman reportedly died in Kaduna state today January 2, after she was allegedly bitten by a snake.

Her brother in-law, @Zun_Noorayne, shared the sad story on Twitter this evening.

According to him, the deceased had gone to the toilet in the early hours of today to urinate but unknown to her, the snake was inside the WC. The snake reportedly attacked her immediately she sat down to ease herself. The Twitter user said no hospital could help save her life.

Read the sad story below; 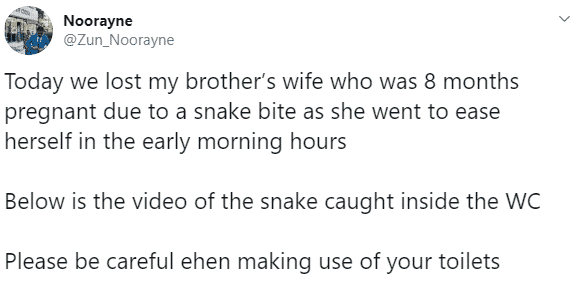 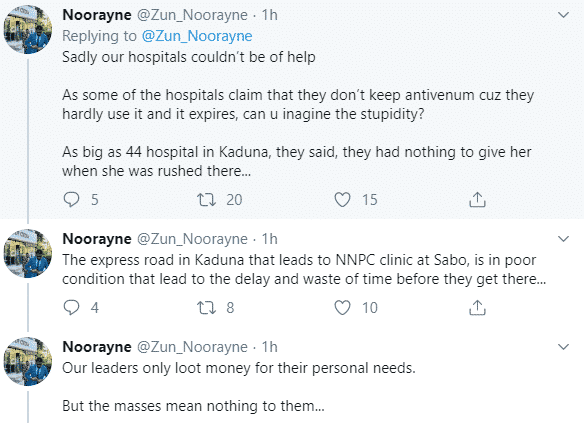 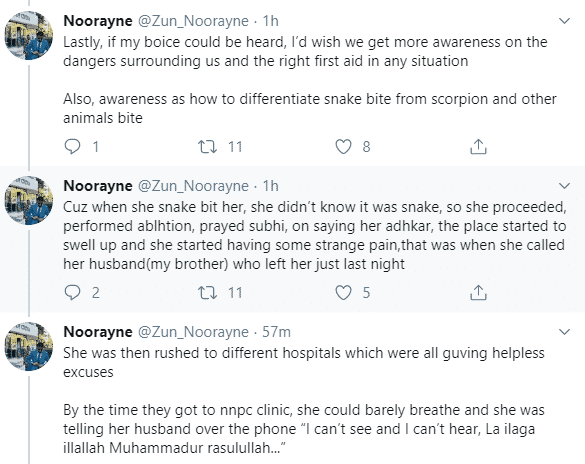 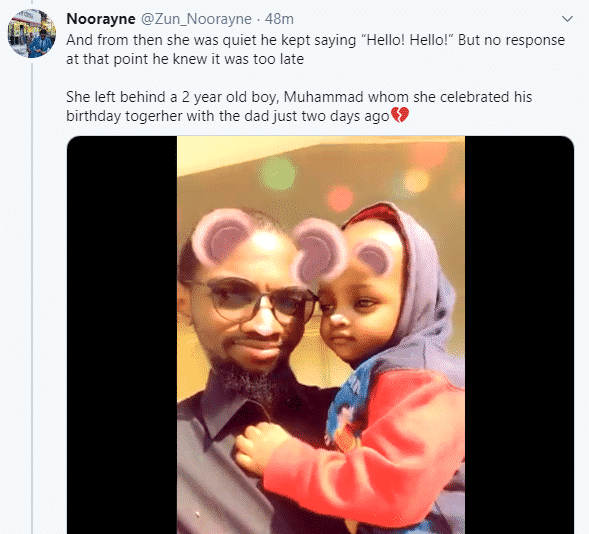