Nollywood actress and beauty queen, Precious Chikwendu has spilled out more revelations in the wake of the unending dramas accompanying stories of marital dispute that led to her divorce from Fani- Kayode, Nigerian former minister of aviation. 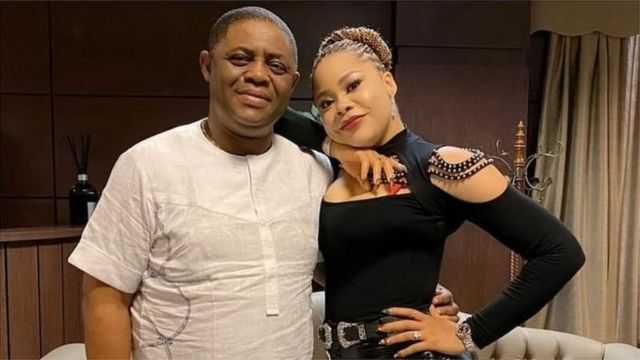 Precious, who had recently stirred reactions online by accusing the former minster of nonperformance in bed, reacted to a post by one Rev. Emmanuel Olorunmagba (President of Total Liberation Mission) as she accuses him of being responsible for her marriage woes.

Taking to her instastory, Precious wrote, “This is the head of the 7 pastors that lived in our home and called me delilah or vashti, annointed women that were brought in my bed to replace me when i still lived there, he was responsible for most fights and is also always present in court each day I’m in court to report proceedings to his master. 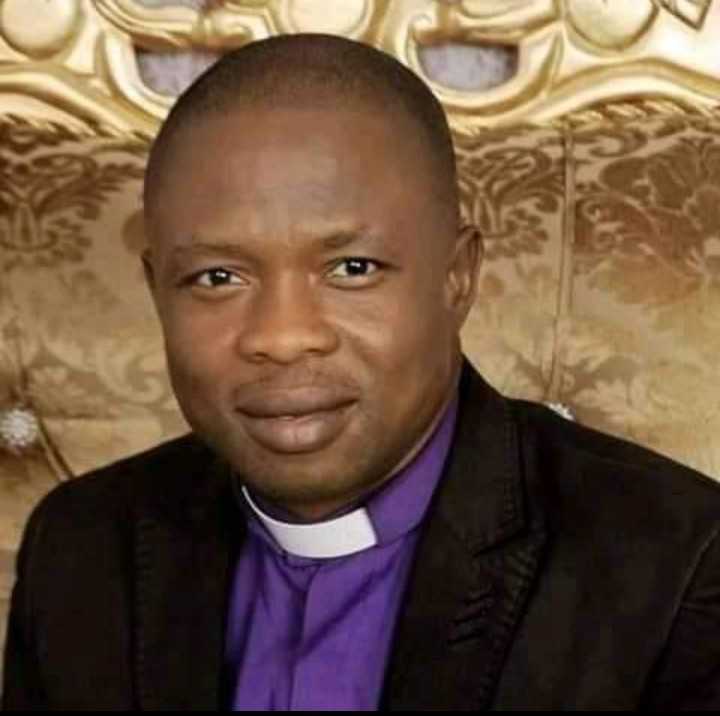 “His church in kaduna hardly sees him as he lives with short fuse all week praying for short fuse to be president. Now he is on a rant since i speaking. I will call you all out. Wait for me.” 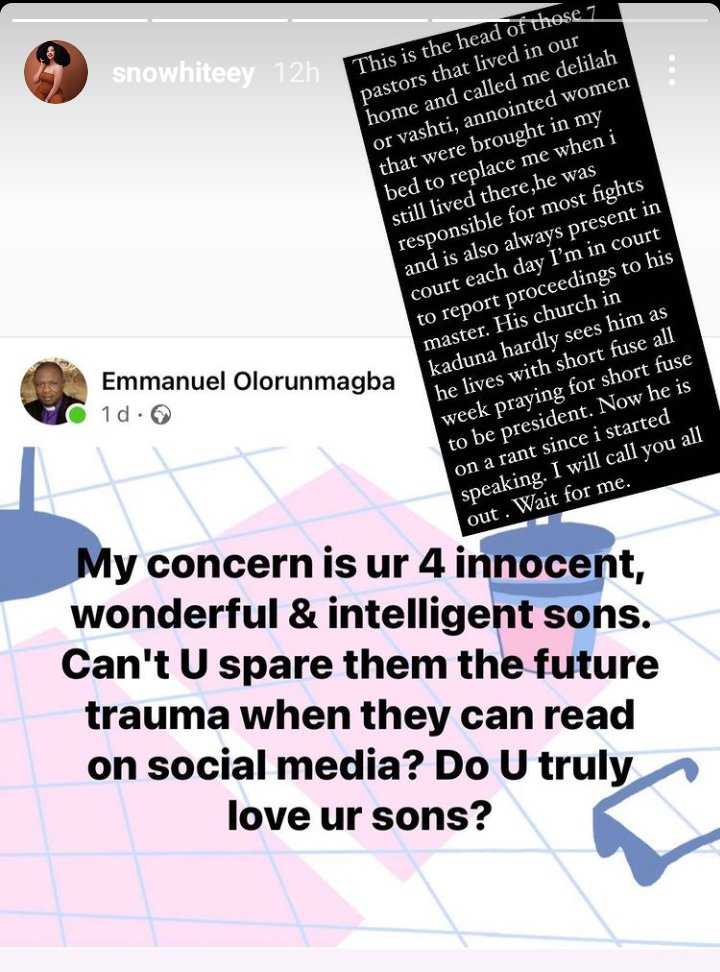 Meanwhile, on Facebook, Rev. Emmanuel had slammed Precious for her continuous allegations against Fani-Kayode.

In a Facebook post titled, “THE LIE AGAINST CHIEF FEMI FANI-KAYODE (FFK) IS BECOMING TOO ALARMING, DISGUSTING AND HILARIOUS: CAN’T MADAM TAKE IT EASY BECAUSE OF THEIR INNOCENT FOUR SONS?” Rev. Emmanuel Olorunmagba wrote:

“The same person that mobilised female domestic staff to accuse Chief FFK of sexually harassing them, now suddenly claimed that the same FFK can’t perform on bed so he couldn’t sleep with her for six years and the same people who helped her circulate her accusation on sexual harassment on female staff are now circulating same without questioning. Why is it that some Nigerians are quick to believe even obvious unbelievable lie?

“On some occasions even while some of us were present with them in their house, the same madam had accused the same FFK of sleeping with other ladies that we had to appeal that whatever may be their misunderstanding they should settle between each other. Now that they break up she suddenly claimed different thing just to smare FFK.

“The lie on circulation today is just so alarming, disgusting and hilarious. Any way, today is the birthday of Lai Mohammed so it can be otherwise tagged “December Fool Day” just like there is “April Fool Day”. BUT MUST SOME NIGERIANS ALWAYS BELIEVE EVEN UNBELIEVABLE LIE?

“Hence, initially I decided not to say anything on social media over the break down in the relationship between Chief Femi Fani-Kayode FFK and the mother of his four (4) boys, but the lies circulating on social media is so alarming that I just have to say something this time, just for the sake of innocent those four (4) wonderful and intelligent boys that I love and cherish so much. Because social media doesn’t forget.

“Ironically, someone who claimed a man cannot perform on bed yet while their relationship lasted with him she was always so jealous, suspecting every lady close to him and when the relationship broke she wanted to tear down social media, mobilising people against him, accused him of sleeping with other ladies when in relationship with her to the extent that there is another case pending on that. Haba! Make una de softly, softly with the lie now!

“My stance still remains that the two sides should please look for a middle line to settle amicably for the sake of those four wonderful boys. Fighting and social media dragging will not do anyone any good. Rather when the children will later read all that are on circulation on social media will they be proud of such false and malicious allegations?

“WITH THIS KIND OF LIE MADAM JUST RELEASED ON THE BIRTHDAY OF MR LAI MOHAMMED IT SHOULD BE DEDICATED TO HIM. SO I USE THE OPPORTUNITY TO SAY HAPPY BIRTHDAY TO MR. LAI MOHAMMED!