A Facebook user identified by his username as David Chile Orji has called for prayers after a scary dream he had metamorphosed into an unfortunate reality. 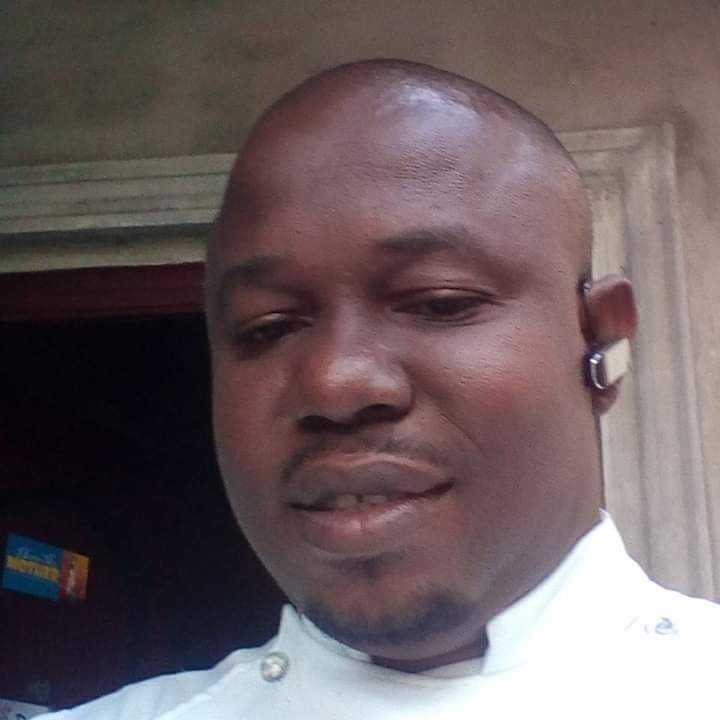 According to him, he was attacked by a man and woman in his dream, the duo tried to stab him but he managed to evade the attack while sustaining a small cut in the dream. 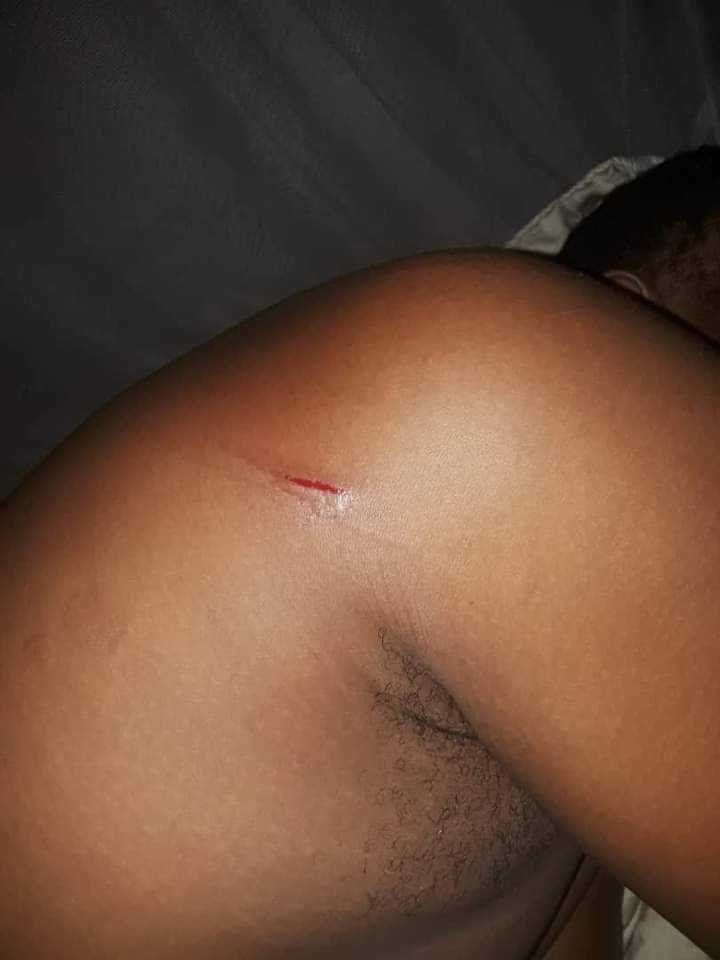 The man was however left in shock and has called for prayers after he woke up to see a cut on his body similar to what was obtainable in the dream.

“Pls Pray for me, I slept last night and in my Dream i was attacked by a Man and a woman with kitchen nifes they tried to stab me but i escaped with only a cut from the woman i woke up this morning and it was visible . But i know the God i have his taught for me is good and not evil, no matter the meaning i will be victorious, Join me and Pray God bless you.” 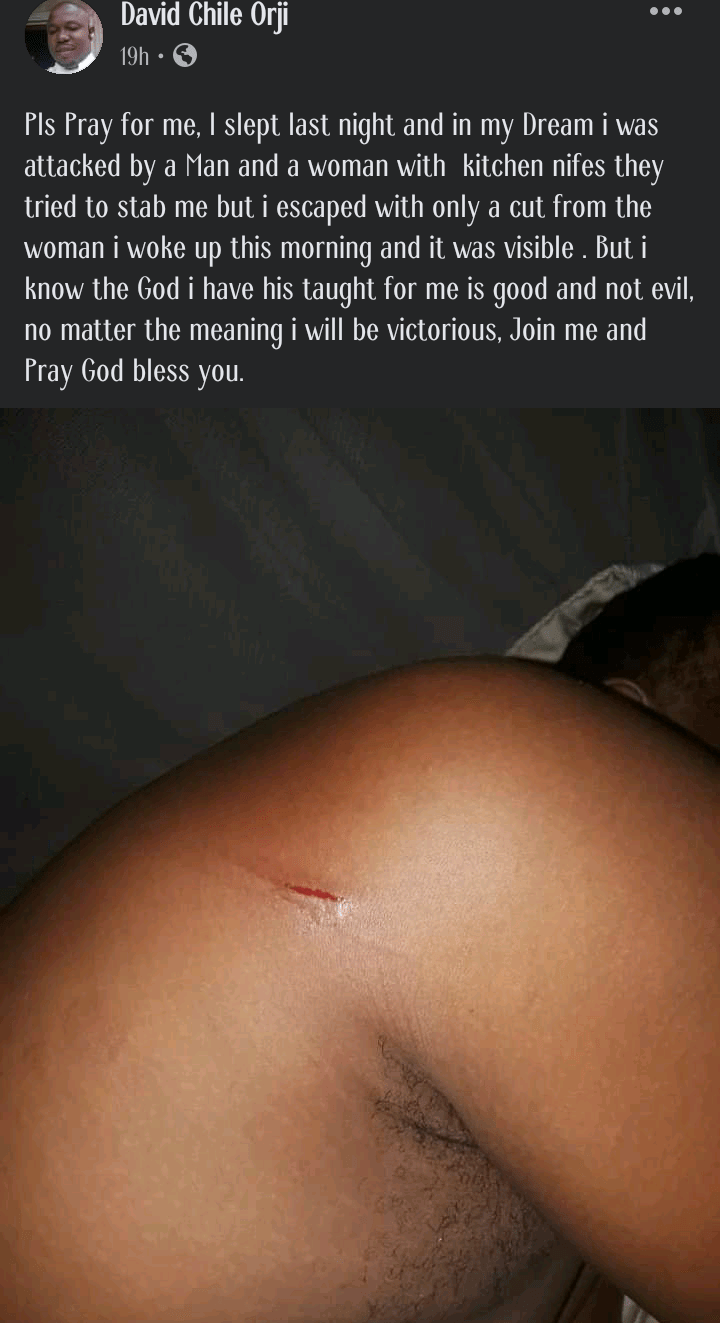