Fast-rising musician, Habeeb Okikiola better known as Portable has been called out for [email protected] assaulting and harassing some ladies in Kenya. 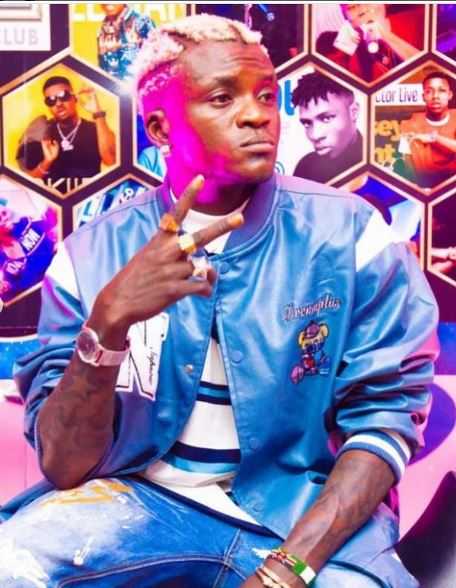 This comes after the video of Portable dismissing a lady while claiming she approached him and his guys for hookup went viral.

According to the lady who took to Instagram to pen at great length the uncultured attitude exhibited by the Zazu star disclosed that he [email protected] assaulted the ladies in his car and went on to abuse them physically in the house the lodged.

“For me to come out and fight @portablebaeby and his management team is because of the things that they have done and hasn’t come out to the public. This were young girls they invited to chill and drink. The girls were uncomfortable with being recorded and posted . They were uncomfortable with The language and the disrespect and they demanded to go back home as the agreement wasn’t to sleep with portable and his people. Only for them to be locked up , harassed, insulted and accused of stealing Portable valuables .. A drama unfolded and The kenyan girls showed them there’s no room for them to be intimidated. At this point … Portable Zukwanuike. You have overstayed your welcome.

Part 2 of @portablebaeby Drama in Nairobi. The ladies claim the sexual harassment started in the car they were picked in when he attempted to grope her disrespectfully. She didn’t agree to it and they were threatened that they will be thrown out of the moving car and other girls to be called because he’s a celebrity. To add salt into the injury Portable aassaulted her physically while in the house. Lets be very honest .. this is not how to treat women and even Nigerian girls he dare not do this to them. All this is contrary to the well maintained relationship between kenyan girls and nigerian men since 2014 up to date.”