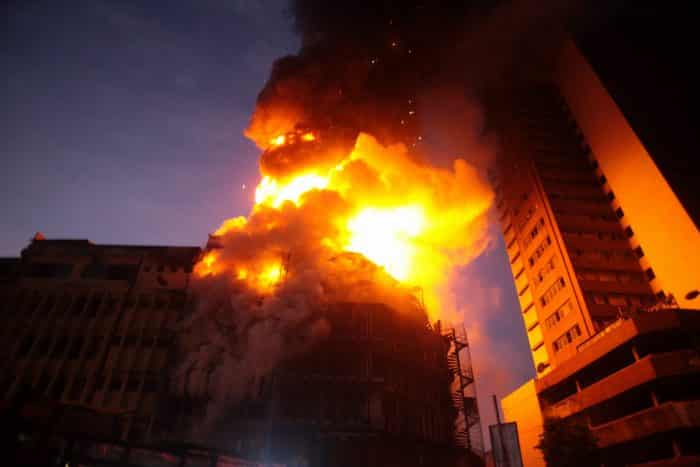 The six-storey building gutted by fire on Tuesday in Lagos Island has collapsed, killing a policeman at the scene.

The six-storey building located at 43 Martins Street, Lagos Island, collapsed around 8:30 p.m. on Tuesday as firemen continued spirited efforts at extinguishing the inferno.

A section of the burning building collapsed on the policeman, severely injuring him while trying to control the surging crowd.

Huge crowd thronged the arena, slowing down fire service officials and others from carrying out their duties effectively.

‘Our roads are not as bad as they are portrayed’ – Fashola