A Lagos police officer, Sunday Gabriel popularly known as Woko, has savagely attacked his wife with a machete for allegedly serving him a cold meal. 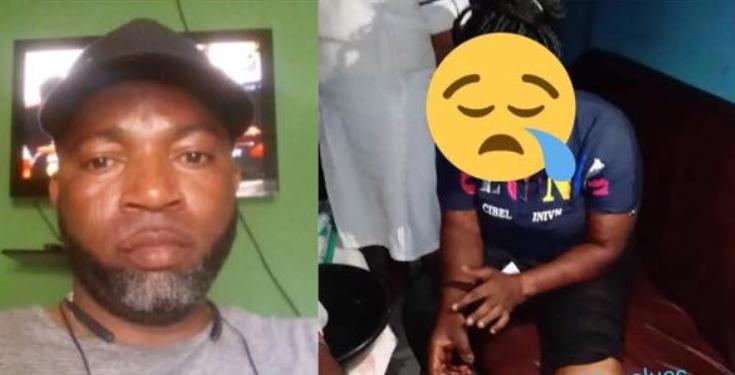 According to a post by WomenofInestimableValues on Facebook, they received a call and swung into action, and when they visited the place, they were told that the man usually beats his wife with iron, and different other weapons.

The post also said she was rushed to the hospital for treatment and that the man is currently on the run.

They also claim that Woko bragged that nothing will happen to him. See the post below… 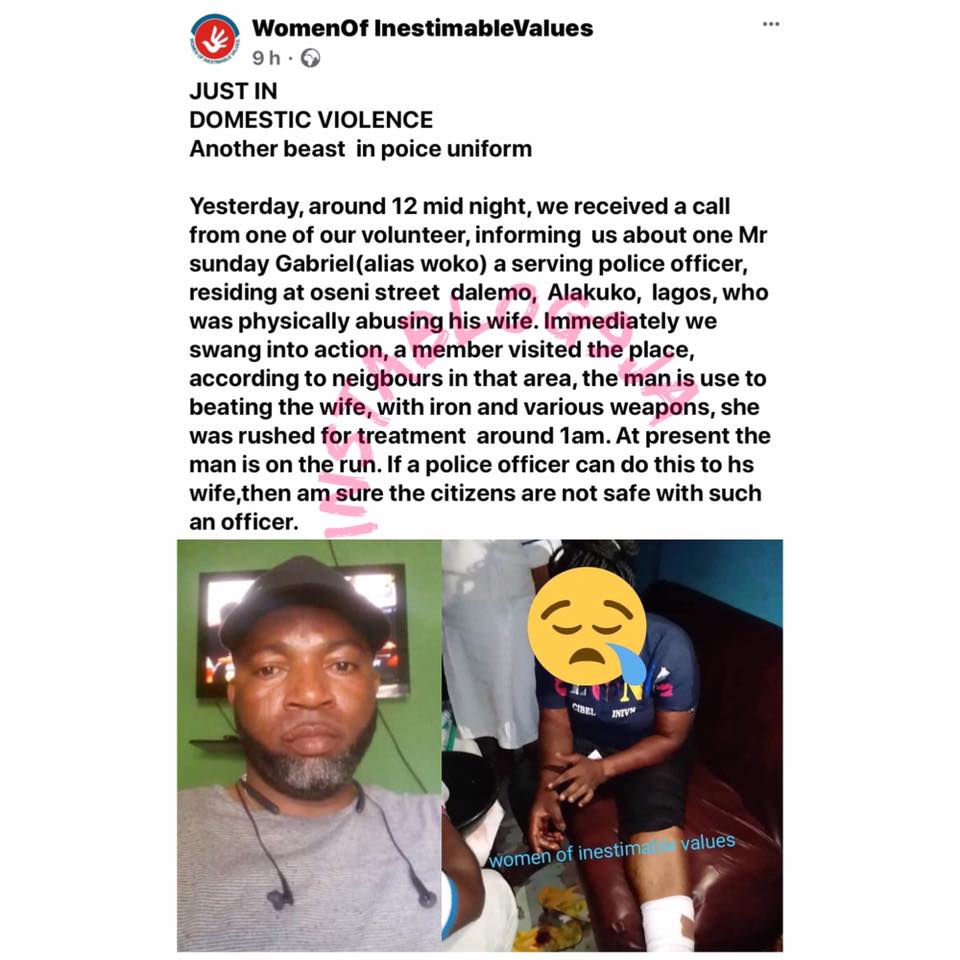