Home Viral News Plastic kettles mysteriously gush out of tree being cut down inside a... 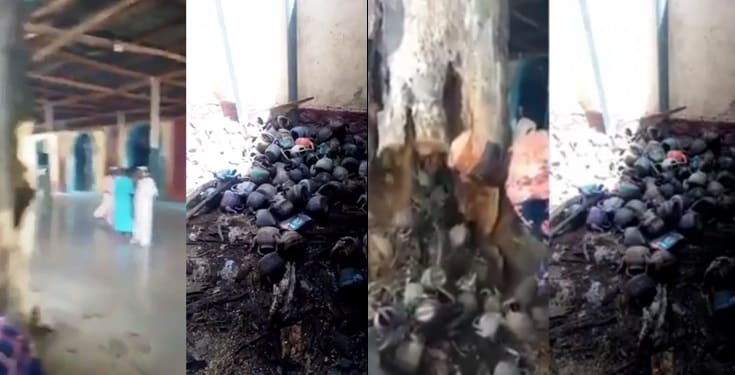 A viral video showing the mysterious moments plastic kettles were coming out of a tree that was being felled inside a mosque, has surfaced on the internet.

How the kettles got into the tree is sketchy and unclear, but reports have it that the growth of the tree had been disrupting activities in the mosque and the worshippers feared that it might come down one day.

It was therefore decided that  the tree to be felled, only for a mysterious occurrence to happen along.

In the video, a man could be seen trying to collect the plastic kettles as they dropped from the tree while being felled.