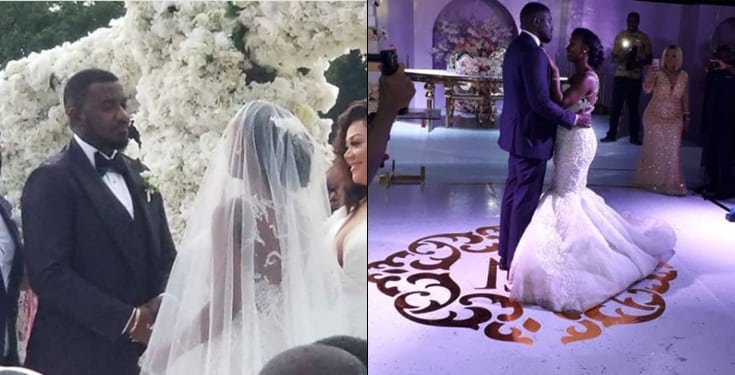 Photos from John Dumelo’s white wedding have emerged and they are indeed beautiful. In one of the photos, the Ghanaian actor could be seen staring into the eyes of his wife Gifty as if to say that finally he has her for the rest of his life and she in a very romantic way doing the same. 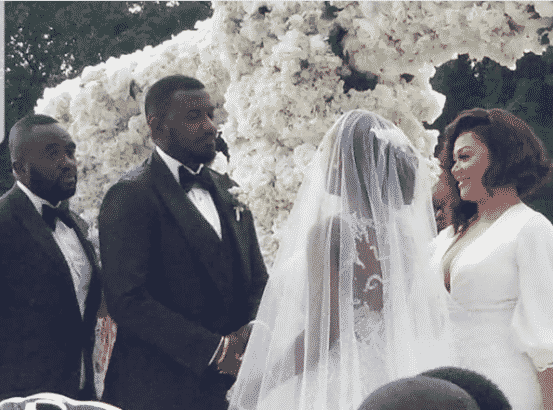 They both had their maid of honour in the person of Gifty’s best friend Nadia Buari, and Fred Nuamah, respectively, standing by them to show support. 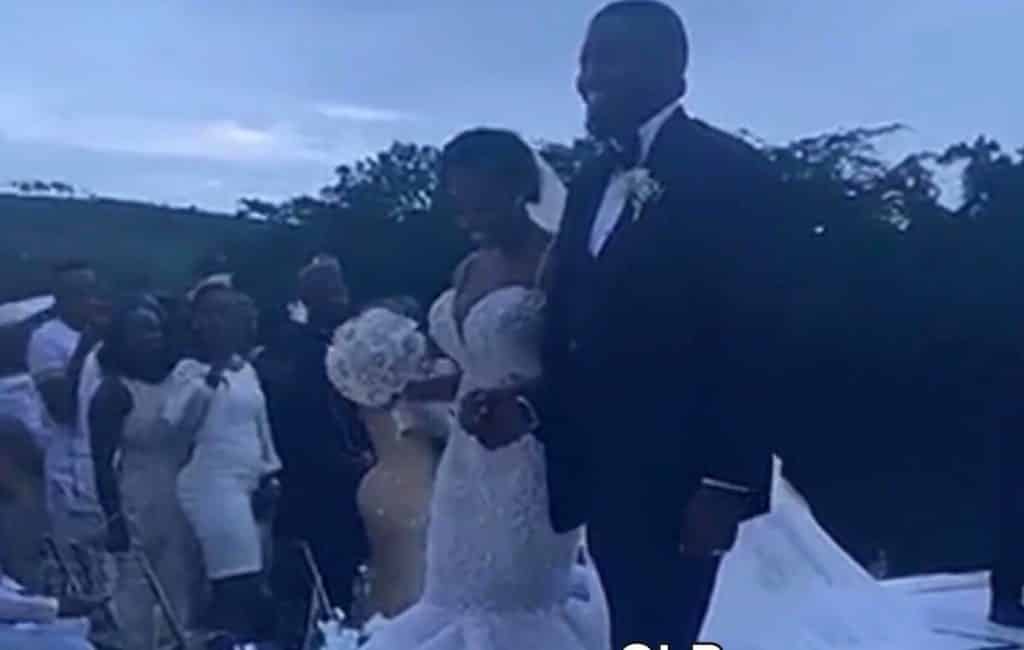 Before John Dumelo’s white wedding on Saturday with Gifty, they had had their engagement last year on May 12, 2018.
Gifty had her bridal shower with her friends and her best friend Nadia Buari didn’t miss it for anything.
The actor on May 12 2018, married his longtime girlfriend in a beautiful traditional ceremony at Spintex in Accra.

The traditional marriage took place at the residence of his fiancée then, Gifty Mawunya Nkornu. 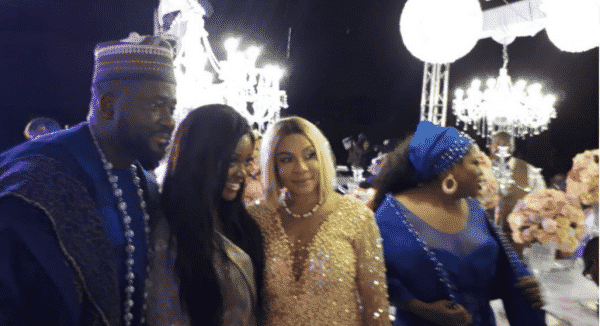 Although the actor while speaking in a chat with Yvonne Okoro, mentioned that that he did not plan to impregnate his wife, Gift Mawunya Nkornu, before getting married to her, and that it just happened unexpectedly! 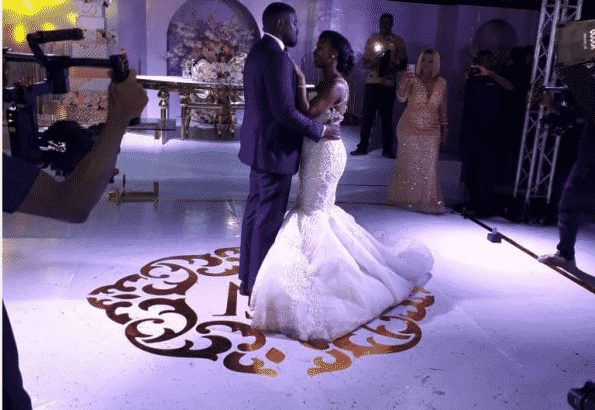 Dumelo used to be in a relationship with his colleague, James Gardnier’s cousin, Frances. He, however, revealed that he informed her before getting married to his wife as that was the honourable thing to do.
We wish the new couple a happy married life.

“Never marry a woman that has made it; she’ll never respect you” – Actor,...