Wife of RCCG General Overseer, Pastor Folu Adeboye, has advised women to teach their children how to cook. 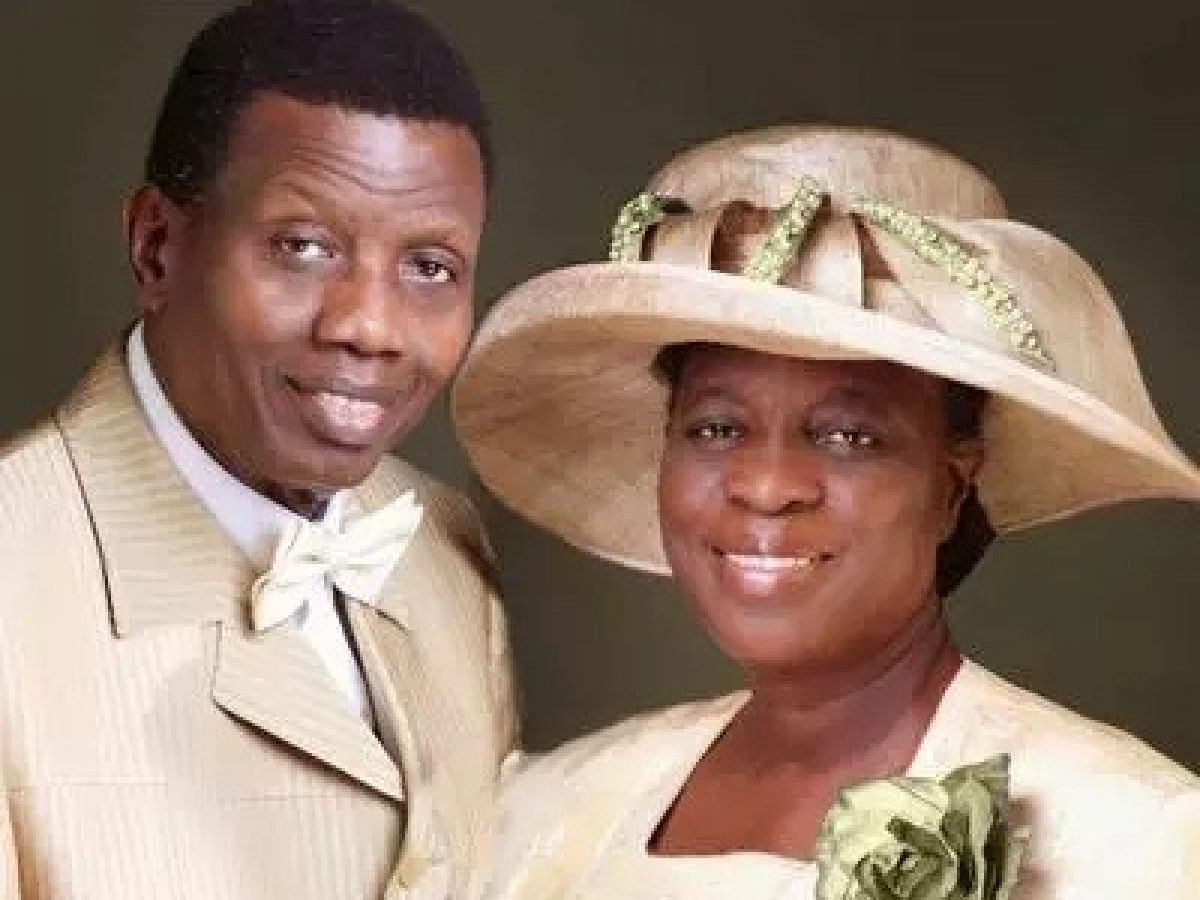 Two days ago, Pastor Adeboye stirred up a conversation on Twitter after he advised his sons not to marry any woman who cannot cook.

However, his wife, Foluke Adeboye, while preaching at a church programme on Wednesday February 19th advised women to ensure they teach their children which is male and female, how to cook.

She stated that women should ensure they teach their children how to cook so they do not go about eating at restautants everyday of their live.

Reacting to the tweet from the church programme quoting his wife, Pastor Adeboye shared a bible passage where it was stated that the woman rises up to give food to her household and assign tasks to her maid.

See his tweet and that of his wife below.. 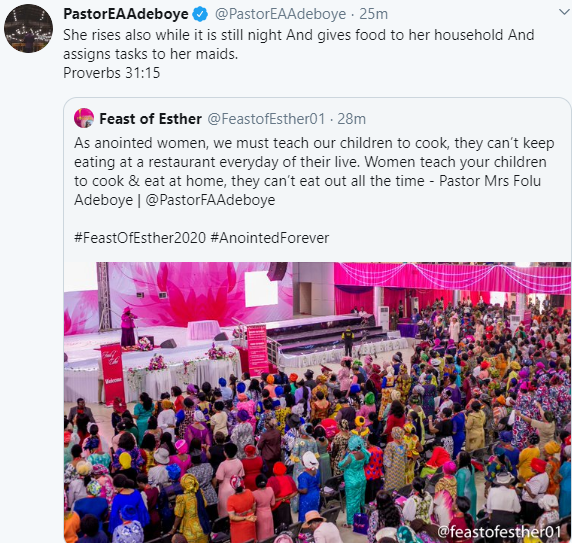