Noble Igwe, a well-known media figure and blogger, has taken to his Twitter page to chastised society for failing to question the source of people’s wealth, allowing money ritual to flourish. 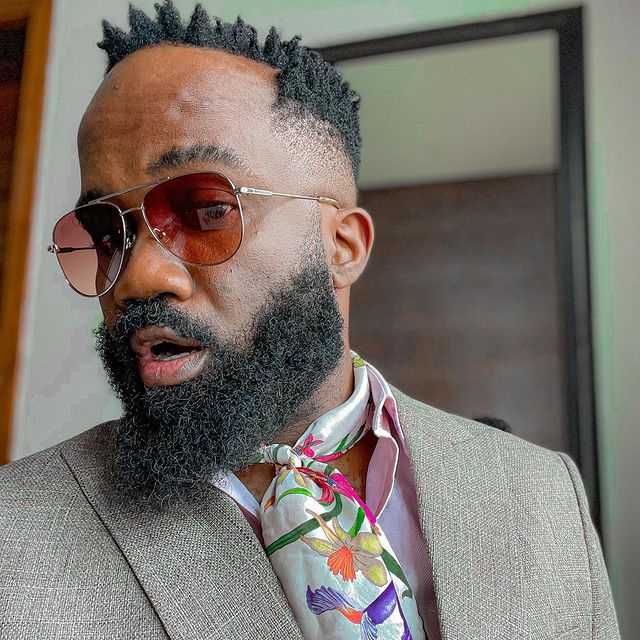 Igwe is one of many Nigerians who are concerned about a new craze of money ritual amongst country’s youth.

The socialite reacting to the news said that the source of riches, particularly on social media nowadays, is no longer scrutinized. 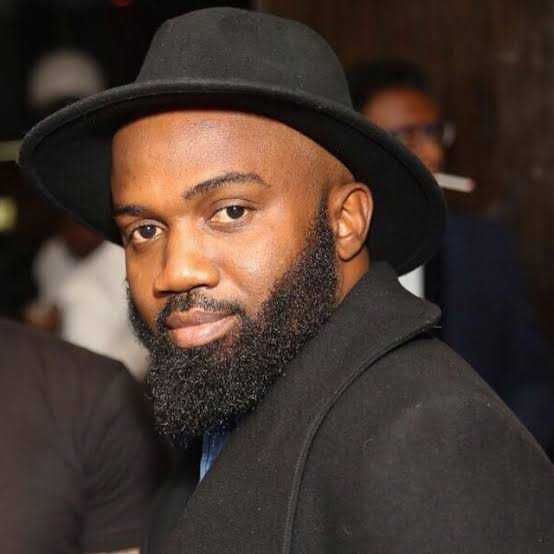 According to him, Churches accept donations, and families collect money from youngsters without questioning the origin of their riches.

“Every day, we are on different pages of people we know that can’t afford certain things shouting “ God when” then come here to act surprised that people are doing evil to ‘belong. Our society does not question the source of anything.

In most clubs, it is only bottle services. They don’t sell cocktails or beer, and when people other expensive drinks, music is shut down to deliver drink(s) to one person or a group. People will kill or commit a crime to get such treatment.

People will post three skits in a year and then post a house they just bought, people will appear in two movies then post “new me, new house”. The thing is, we celebrate all types of questionable wealth.

The church will take a donation from anyone with money, the village will crown anyone with money, no questions asked. Families don’t ask their children how they make their money, and some do not care. It’s the society that feeds this monster.” 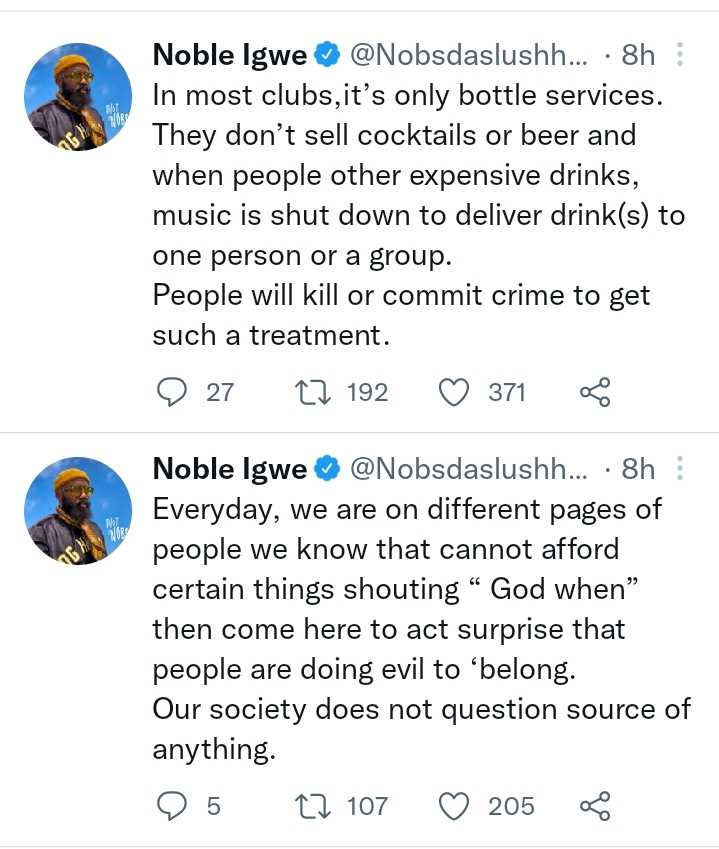 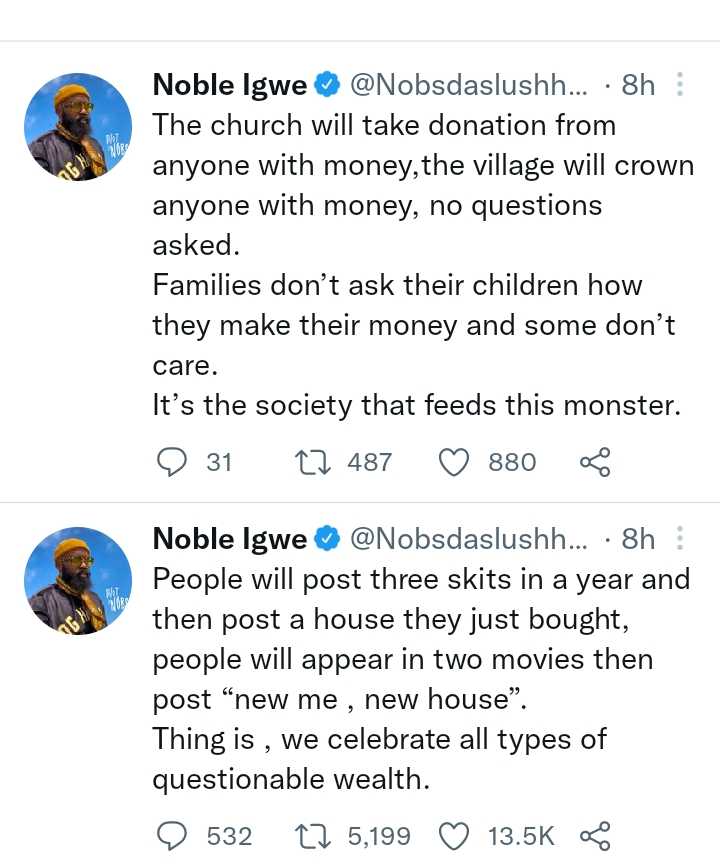