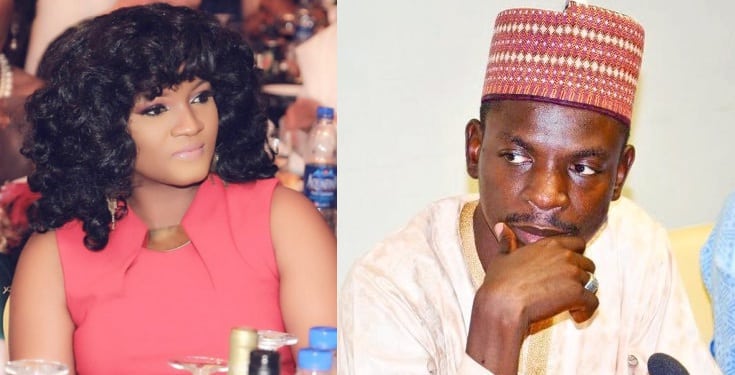 Popular Nollywood actress, Omotola Jalade-Ekeinde has reacted to a statement by President Muhammadu Buhari’s media aide that those making ‘clean money’ in Nigeria are not complaining under the present government.

Bashir Ahmaad had stated this in response to Omotola’s description of Nigeria as ‘hellish’ under President Muhammadu Buhari’s watch.

Recall that Omotola made the remark on her Twitter page on Monday while calling out Buhari and Vice President Yemi Osinbajo over the state of the nation, coupled with killings across Nigeria.

In response, President Buhari’s personal assistant on new media, Ahmaad, in a tweet, stated that those who were making money legitimately have no complaint about the current state of Nigeria.

”Madam Omotola those who are working for CLEAN money are not complaining and will never refer our dear country as ‘hellish’. In Kano State alone, from 2015 to 2018, no fewer than 200 medium and small scale rice milling centres emerged. For that, billions circulated among millions.”

However, Omotola this morning took to her twitter handle to react to the insinuation that her outburst was because politicians in the Buhari-led government do not give her free money. 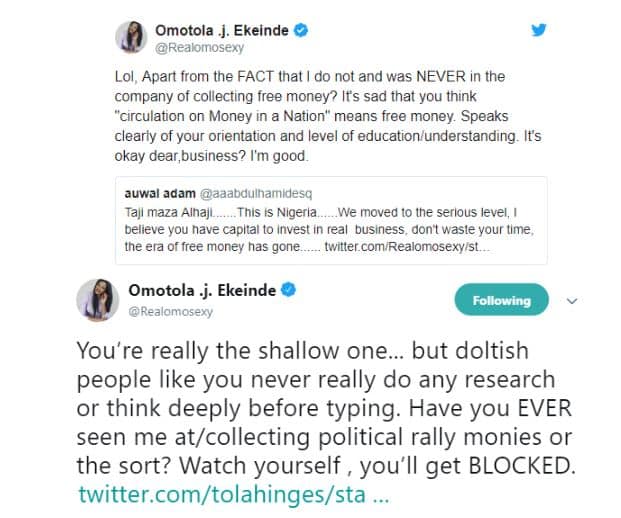 She also tweeted when asked if she would reply Bashir again. 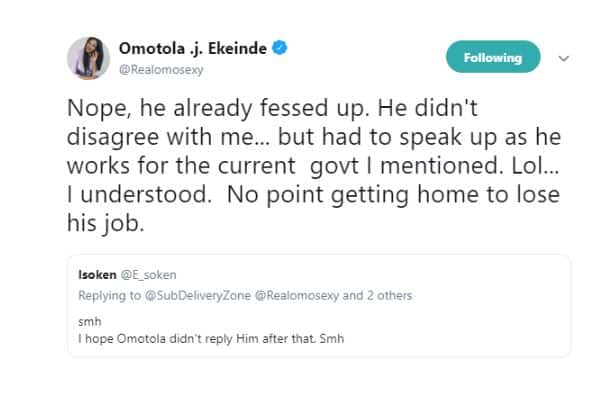