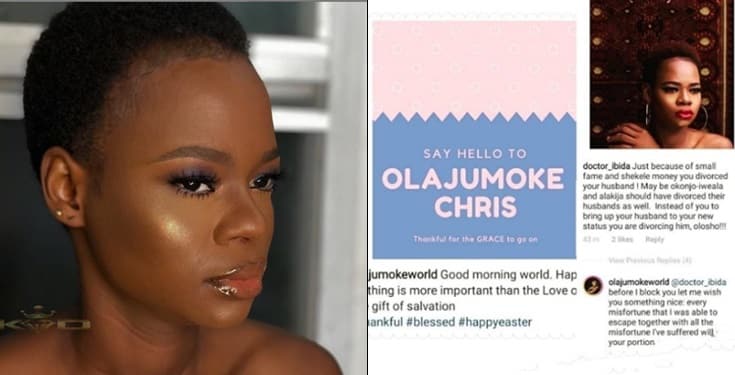 Olajumoke has confirmed her separation from her baby daddy via an Instagram post, as she also changed her surname to Chris.

Olajumoke who confirmed separation from her baby daddy as she reverted her surname to Chris, also placed a curse of misfortunes she escaped on her follower who questioned her and further called her a prostitute. She however deleted the post shortly after.

Here is a screenshot of the exchange below; 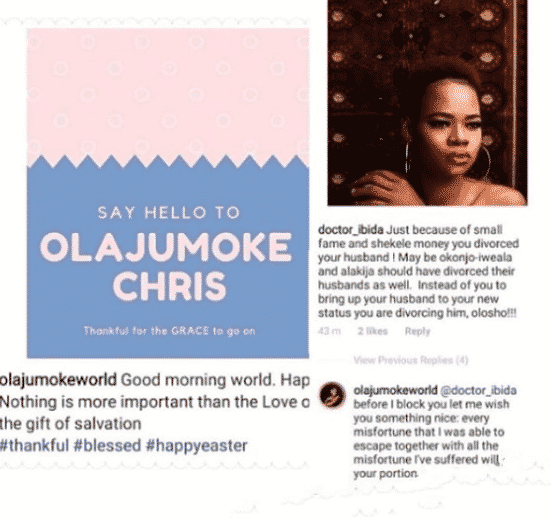 Recall that her estranged husband accused her of infidelity and also becoming rude to him after luck shone on her. Sunday who blamed Olajumoke over their not being married at the moment, told eelive that his girlfriend’s celebrity status has been more of a hindrance than a blessing.