Home Entertainment News “Oga this one no be money” – Fuel reseller says as he...

A viral video captured the moment a fuel reseller rejected the hundred dollar bill given to him, saying it’s not a real money. 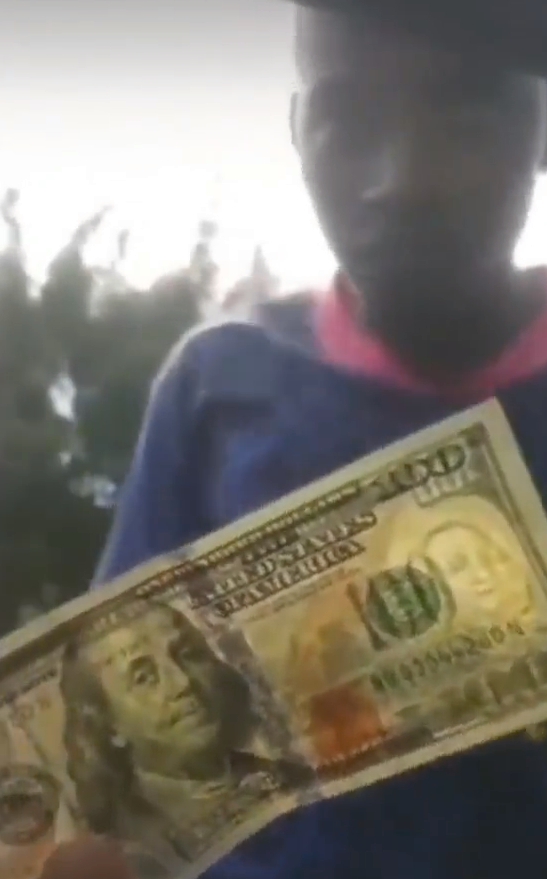 The man who had bought some litres of fuel had graciously given the dollar bill to the ignorant fuel reseller who didn’t recognize the currency and outrightly rejected it.

Handing the money to his partner, he also rejected it saying, ‘oga this one no be money’

The man told them that’s it’s a hundred dollar bill to which the fuel reseller expressed his doubts saying ‘i no believe’.