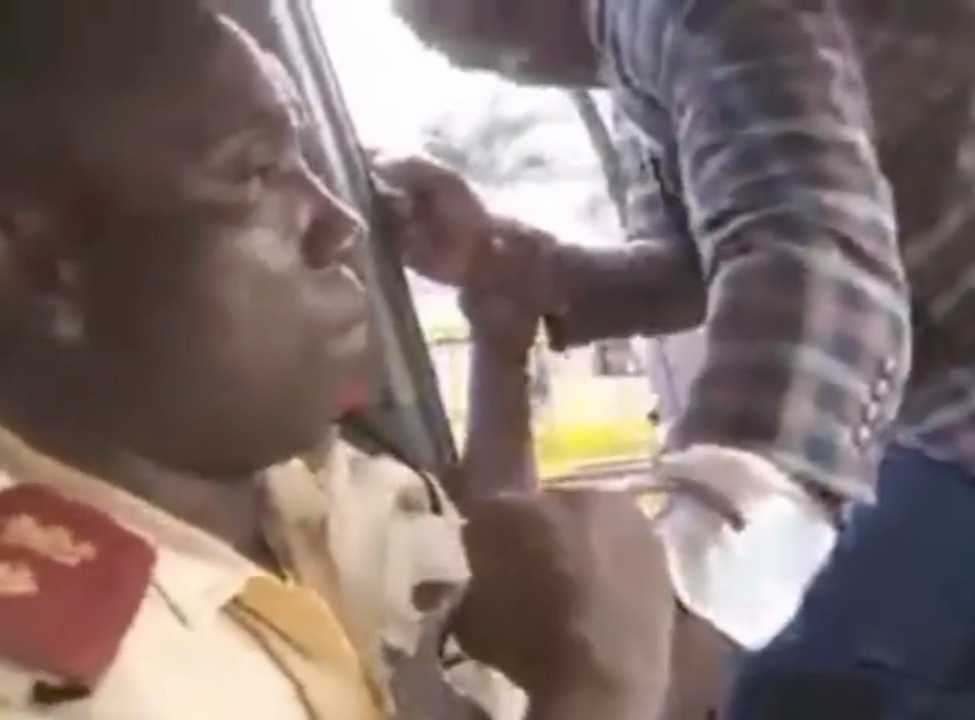 The security operative’s automobile was seized by a LASTMA officer for driving in the BRT lane while donning a mufti.

In the video shared online, the security operative, who is said to be a police officer, is seen mercilessly beating the LASTMA official and trying to handcuff him.