Former presidential candidate, Oby Ezekwesili has encouraged a public disclosure of President Muhammadu Buhari’s health as regards his fitness to run the nation. 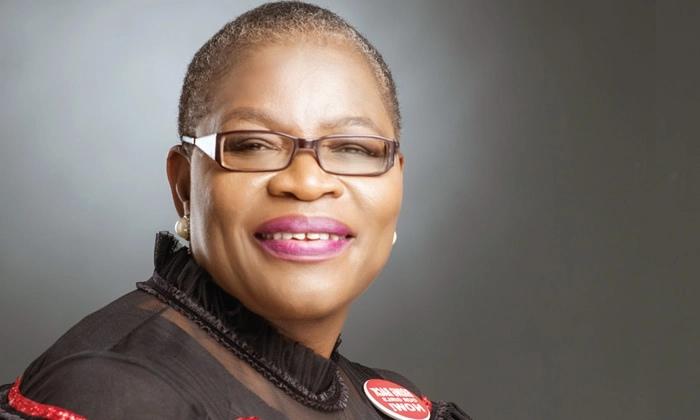 This is coming following the recent terrorist attacks in the Northern part of Nigeria.

According to Oby Ezekwesili, the citizens of the country need assurance that they are in safe hands as insecurity hits Nigeria hard.

In a series of tweets via Twitter, she wrote;

“I think that at this stage and depth of fragility of the Nigeria-State, Privacy has to yield ground to our Right-to-know as citizens, the state of health of @MBuhari. 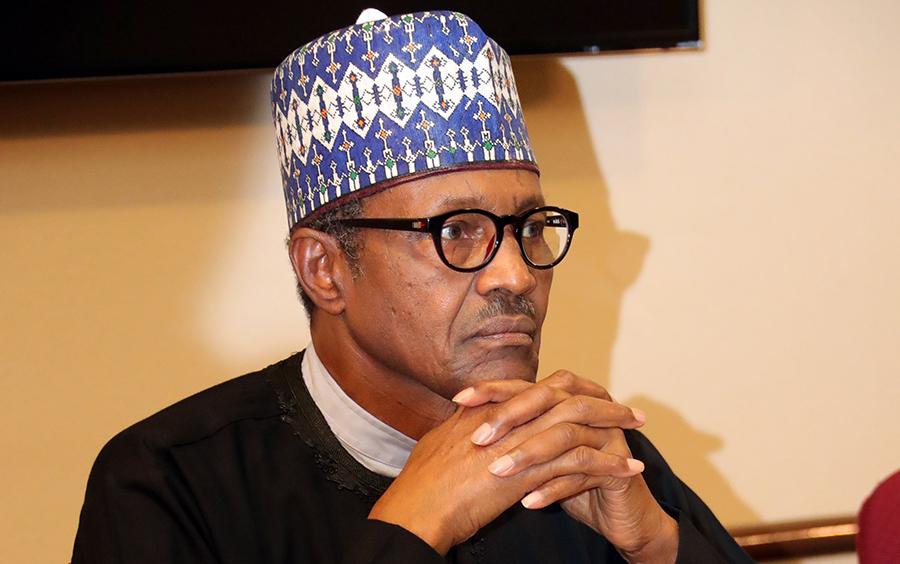 We really must assess the physical or mental capability of @NGRPresident to carry on the duties of office.

Citizens can collectively push for an Independent Panel to help us make the critical medical determination of the state of mind and body of our President, @MBuhari.

The conditions of Nigeria have become too grave for us all to sit still and watch a train wreck in the making. 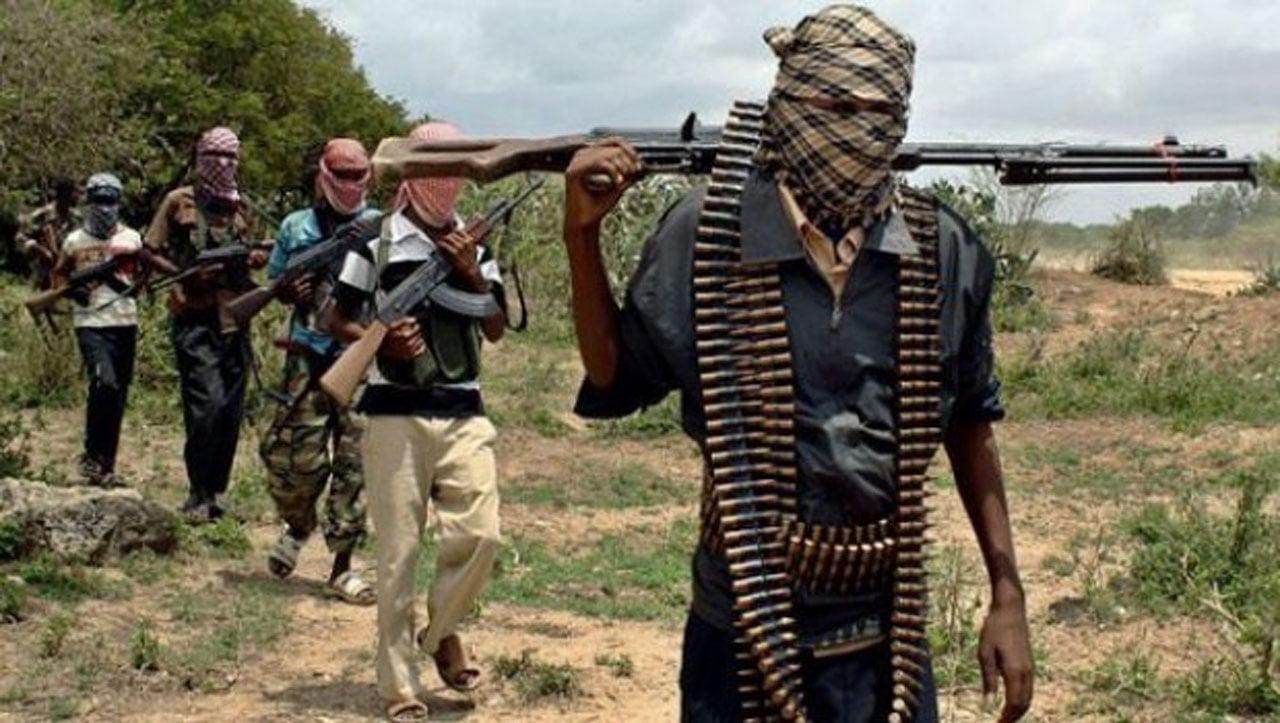 As an extremely concerned citizen, I hereby demand for a #MedicalPanelOnBuhari since we obviously cannot trust the State House Physician to provide us accurate information. It is reasonable demand now for citizens to have full disclosure on the state of health of@MBuhari.”

“Imagine…people who sought for and received legitimacy from citizens to solve problems on their collective behalf sounding defeated.

Imagine the chief spokesperson of government telling citizens that the country is “at the mercy of terrorists”. We need a #MedicalPanelOnBuhari.” 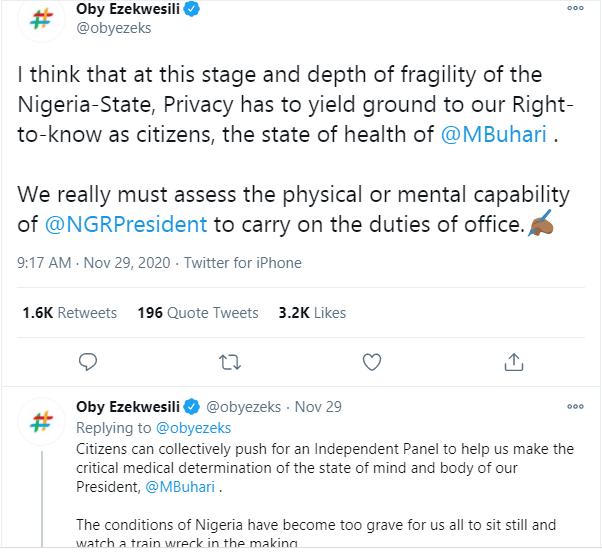 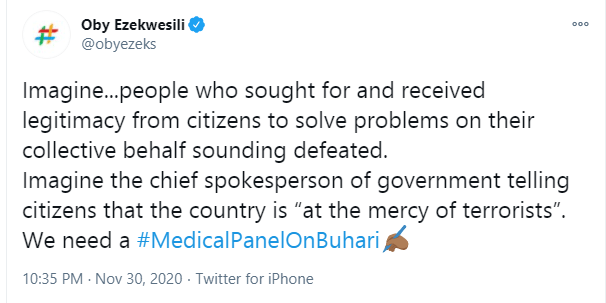