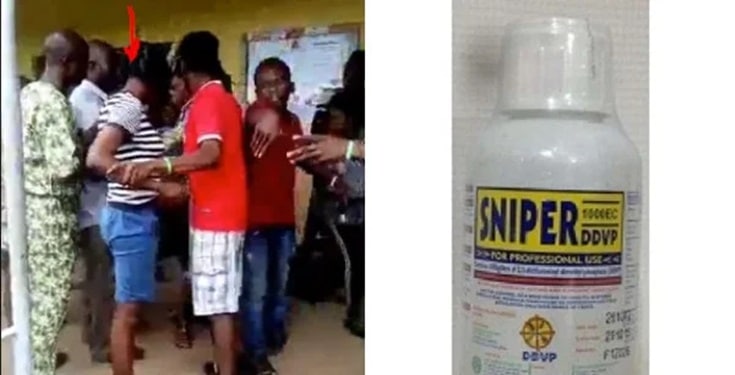 Obafemi Awolowo University, Ile Ife, Osun State, has found its way to the news after it was reported that a student of the institution poured Sniper in her bunk mate’s mouth and face due to a misunderstanding.

It was gathered that the duo had earlier gotten into a fight which was settled by the school’s porter.

Another fight, it was gathered, occurred after the victim was unable to clean her side of the room in Mozambique Hall hostel due to her illness.

She has since been rushed to the OAU Teaching Hospital.