Home Entertainment News Noble Igwe responds after being criticised for a photo he shared showcasing... 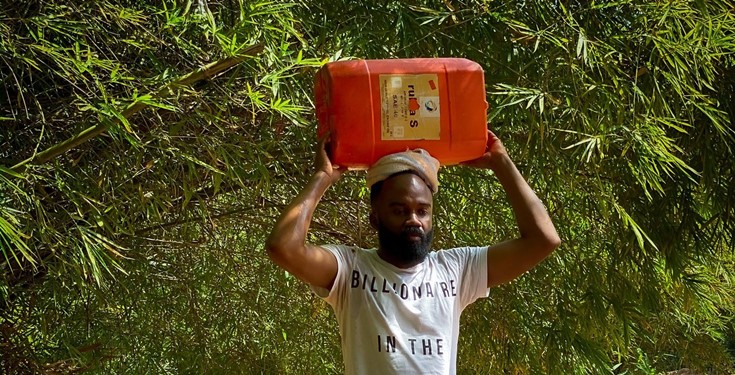 Noble Igwe has responded after he received heat for a photo he shared to showcase his hometown to his followers.

Days ago, the 360nobs founder shared a photo of himself trudging through a shallow stream with a keg of water on his head in his hometown, Umuomaku, Anambra state. 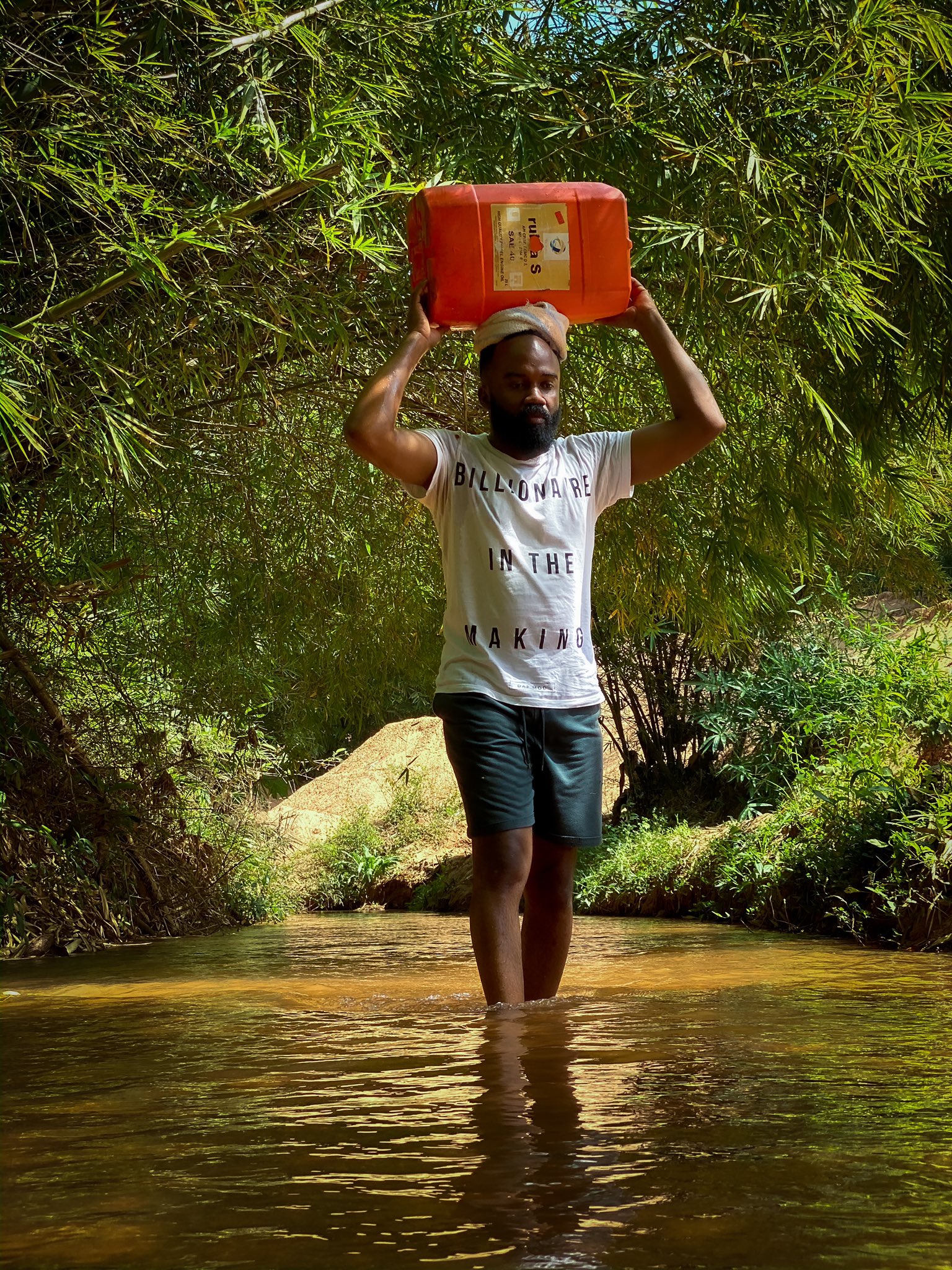 He captioned the photo: “Son of the Soil. Went to Ubo to have my bath and fetch drinking water. Christmas in Umuomaku is incomplete without a trip to the stream. Proudly Igbo.”

Criticisms greeted his photo. Some accused him of portraying Igbo land as a place where there are no boreholes and bathrooms, others said that he obviously has a bathroom and running water in his home in the village but wanted to show off to his followers.

Some Twitter users went as far as claiming that the keg on his head was empty and was just for props.

“This man really put empty keg on his head and snapped picture for social media….2020 will be a looooong year! Sigh,” one Twitter user wrote. 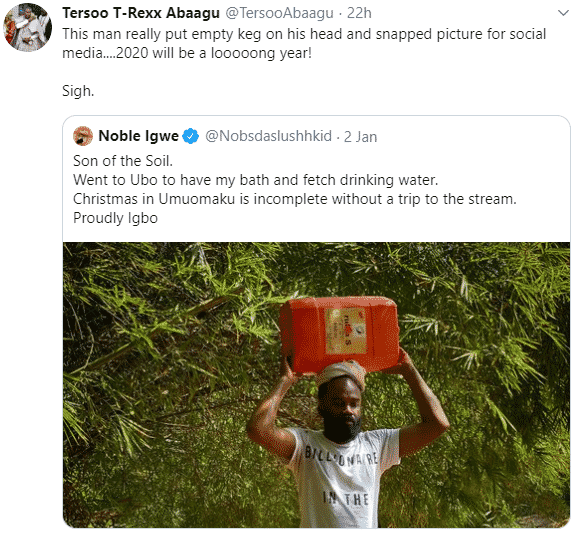 Responding to his critics, Noble Igwe wrote: “I’m promoting the things I like about my community but all you care about is borehole? Insecure people always trying to show off riches. I’d leave Lagos to show you borehole in Umuomaku.” 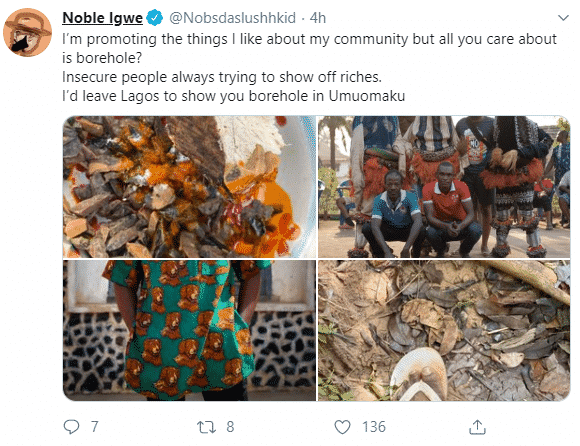 His reply did little to end the criticisms.

One Twitter user wrote: “I don’t know if Noble Igwe snapped picture with an empty keg or not, but I hope one day the practice of fetching water from the stream, with all the potential health risks, in rural Nigeria will be seen as what it is, an infrastructural failure, instead of a ‘cultural heritage’. “