Home Viral News “No single woman should be blamed for snatching any man” – Lady...

Twitter user identified as @Ore_akinde opines that married men are to blame for cheating on their marriage, not the lady they are involved with.

In her tweet, she had argued that the married man in question was the one who made vows to his wife and should be held responsible for his actions.

“In my opinion, No single babe should be blamed for snatching any man, breaking any household, ‘causing any man to cheat’ even if she knew he is married. The married man is question was the one that made the vows to his wife & should be held responsible for his actions.”

“Why does the onus lie on her to reject the advances when it’s the married man that’s out of line?

Nope, she doesn’t owe you or the society shit, she doesn’t need to uphold your morals, the married man should respect his marriage vows that only he took with his wife.” 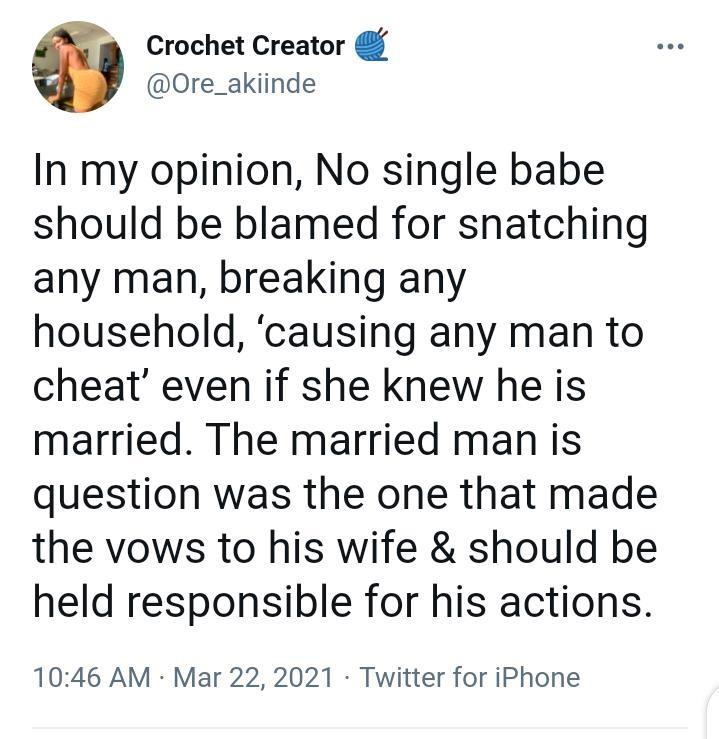 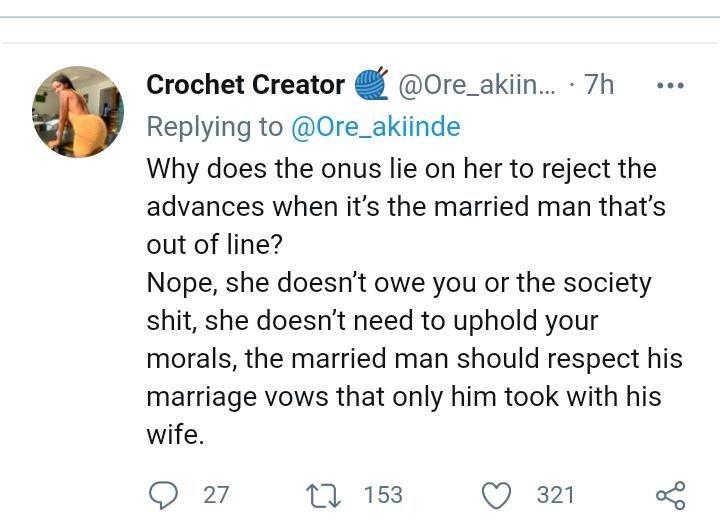