Home Entertainment News “No one is listening to ‘Coming’ yet it’s streaming number 1” –... 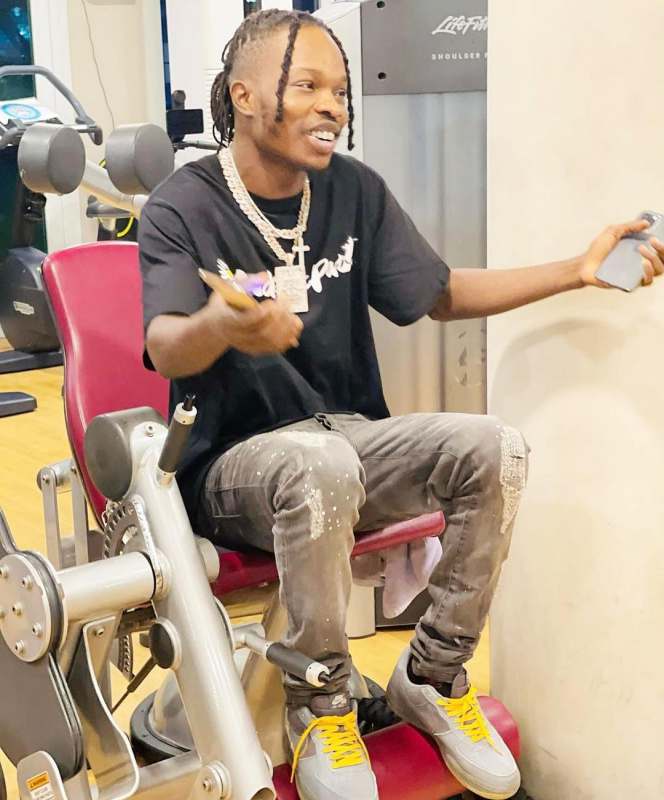 The song was condemned for its lewd lyrics barely days after its release which was followed by the alleged ban of the track.

According to Naira Marley, the Coming song is trending number 1 on Apple Music and Audiomack despite how it was criticised. 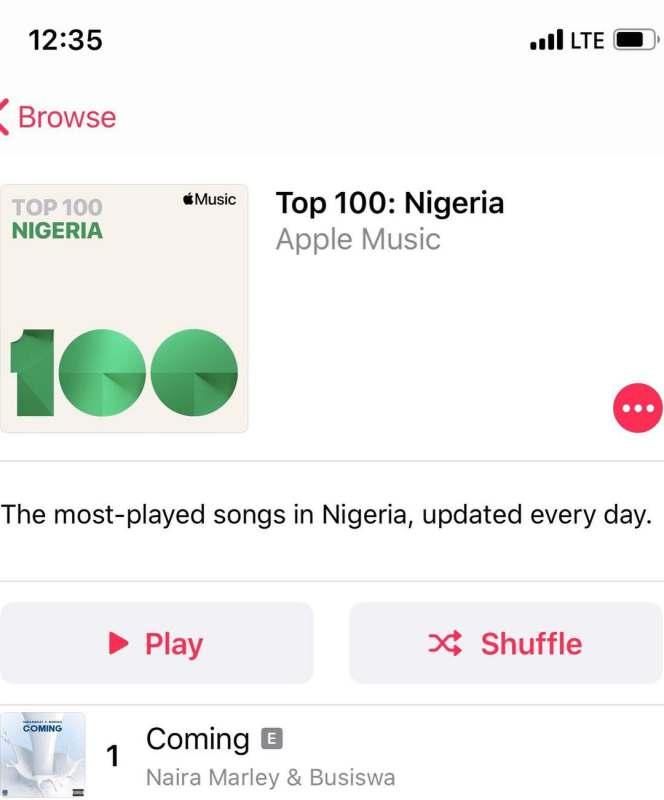 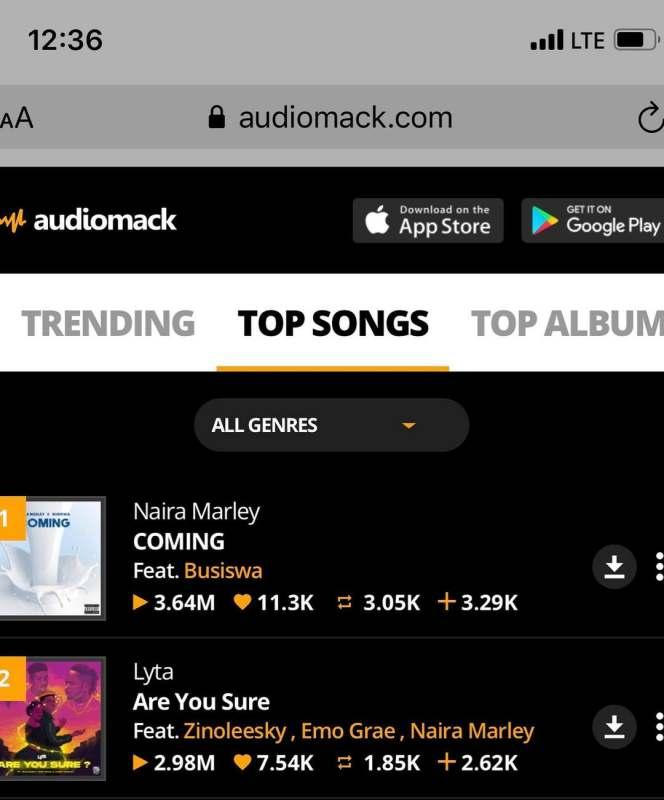 Taking to Instagram to refer to Nigerians as hypocrites, the Marlian president wrote;

“I released a sex song called “coming” in a country where everybody loves sex and lies about it and people think I’m stupid. Nobody’s listening to “coming” apparently but it’s on number 1. I come in peace sha 💦 keep streaming y’all.” 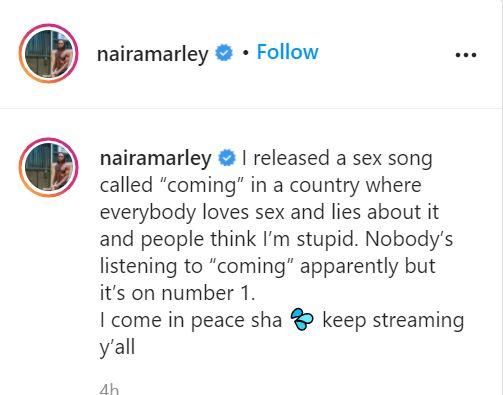