Home Sport “No be juju be that?” – Reactions as Nigerian boxer Adegbola knocks... 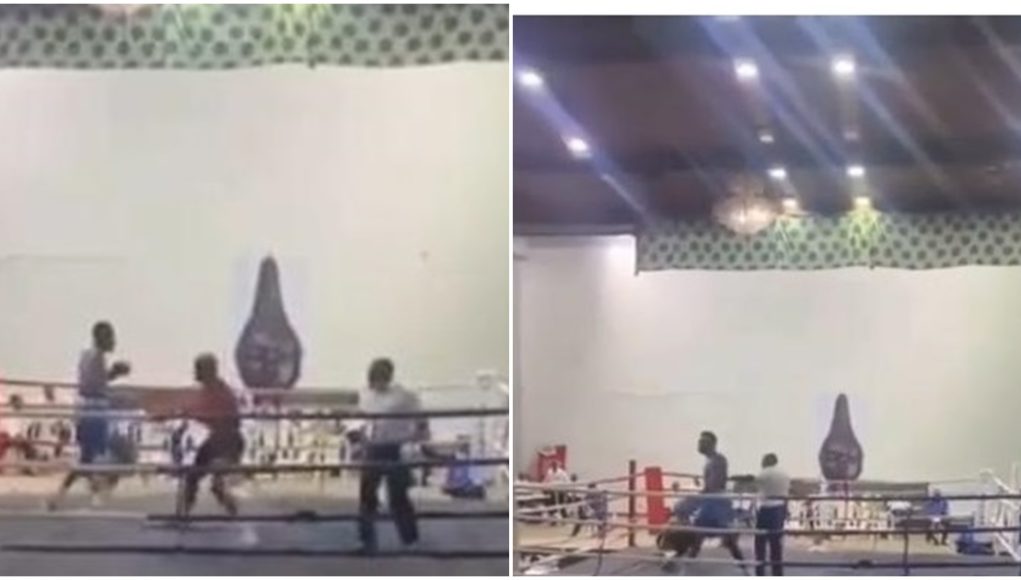 A young Nigerian boxer known as Adegbola is trending on social media after he knocked out his opponent in 15 seconds during the first round of their match. 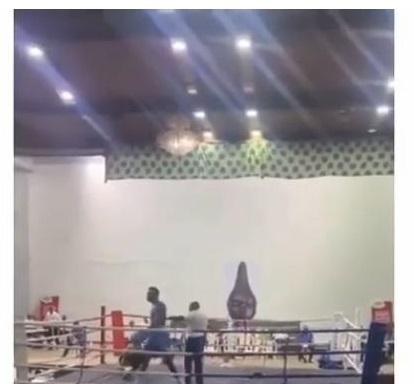 The National Sports Festival held in Edo state featured the boxing between Adegbola and his unidentified opponent.

Adegbola without wasting much of his time a few seconds into the boxing ring gave his opponent a heavy jab that landed him down and of course, made Adegbola the winner in less than a minute.

However, this video has gone viral with many Nigerians online raising suspicions that perhaps Adegbola used some charm to influence the heavy jabs melted on his opponent. 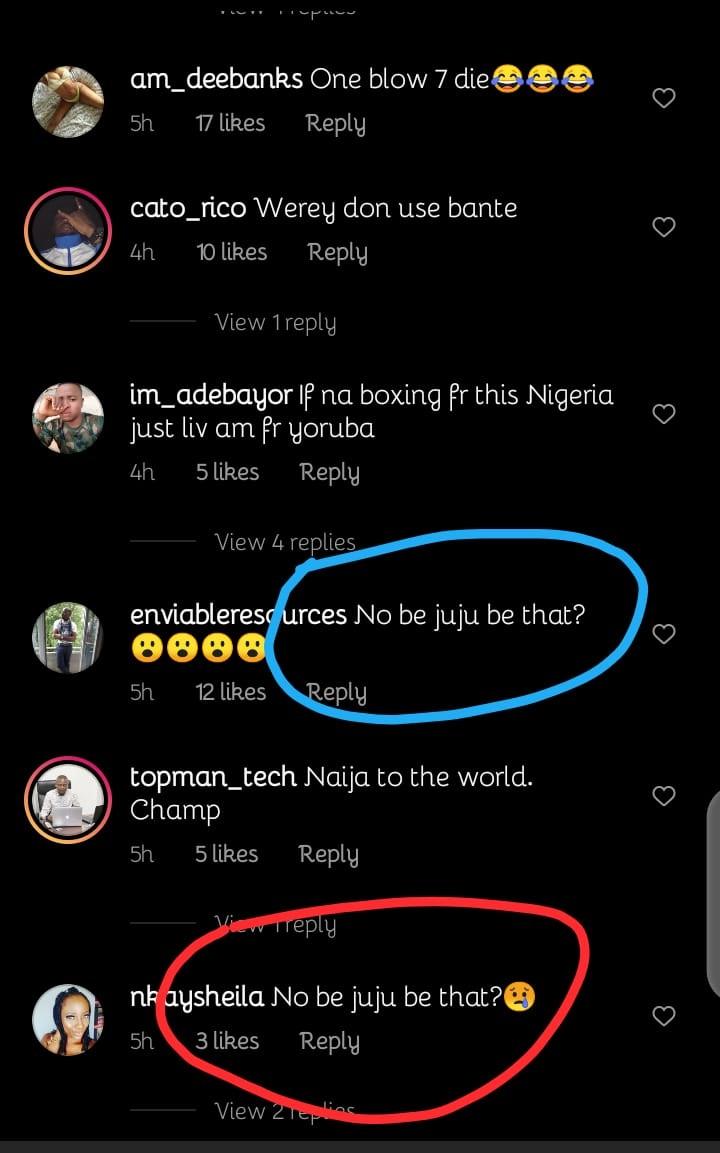 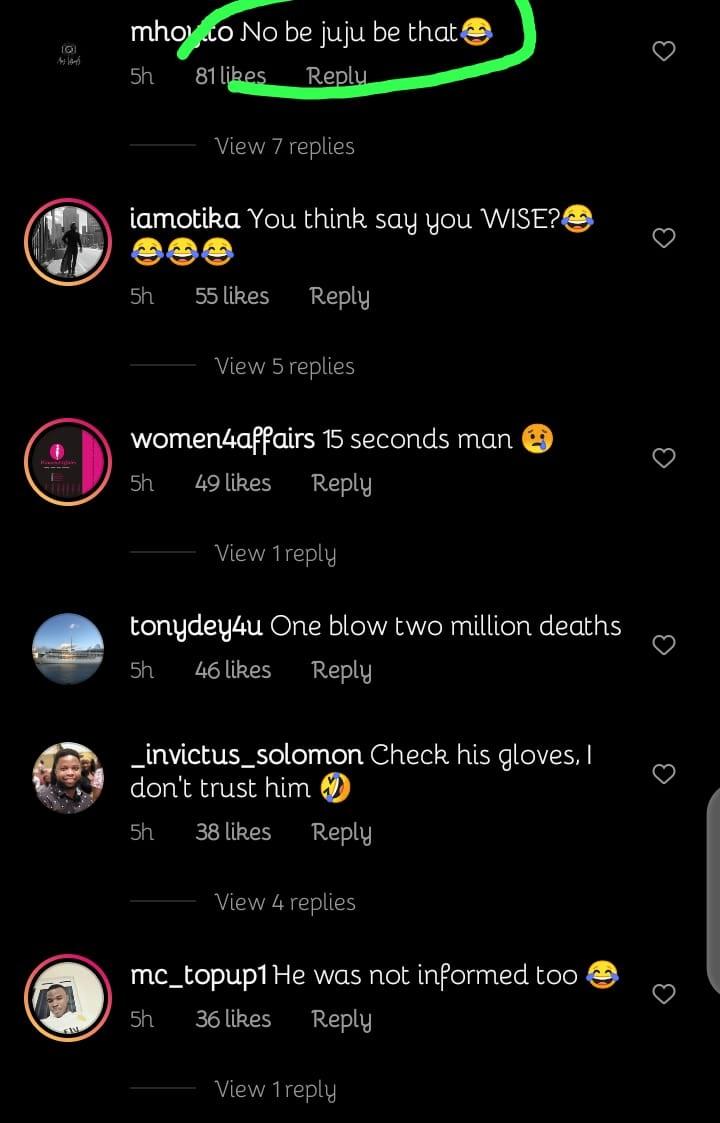 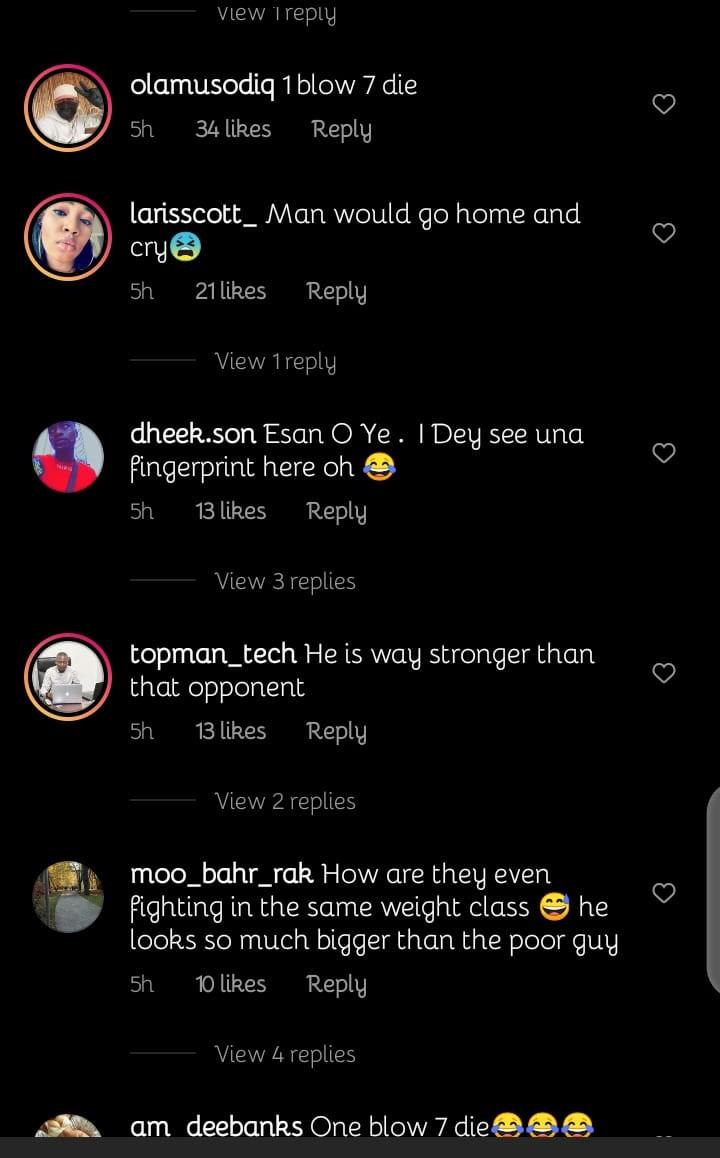