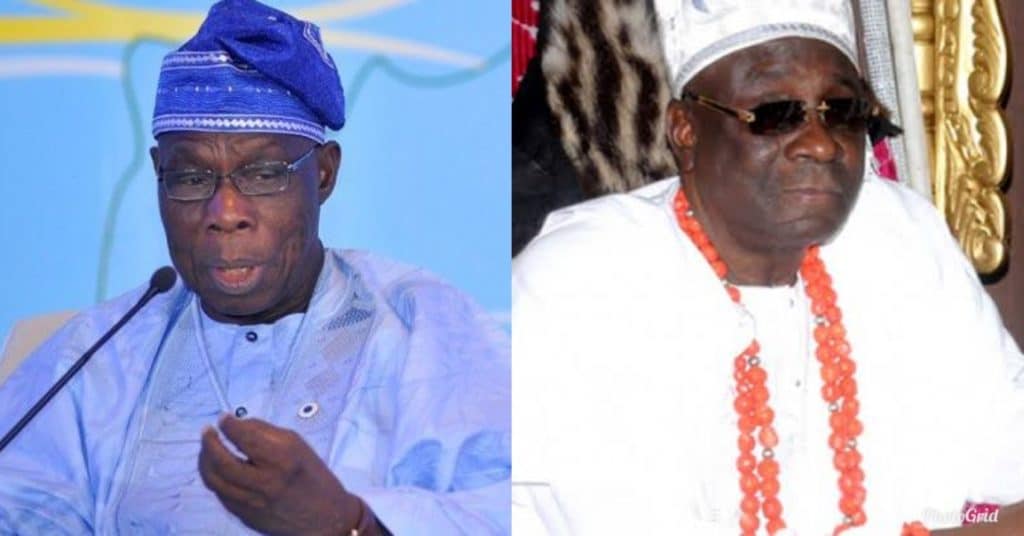 Oba of Lagos, His Royal Majesty, Rilwan Akiolu, has made an ground-shaking assertion by disclosing that the biggest problem Nigeria has is her former President, Olusegun Obasanjo.

The monarch made this known while speaking at the presentation of a book by a chieftain of the All Progressives Congress APC, and former governor of Ogun state.

The book titled: “Battlelines: Adventures in Journalism and Politics’ was presented at the Eko Hotels in Victoria Island, Lagos in celebration of the former Governor.

Akiolu noted that a section of the book in which Osoba revealed that Obasanjo deceived the then governors of the Alliance for Democracy (AD) and Afenifere.

“The problem we are having in this country is this and I will continue to say it that the number one problem of Nigeria is Obasanjo,” he said.