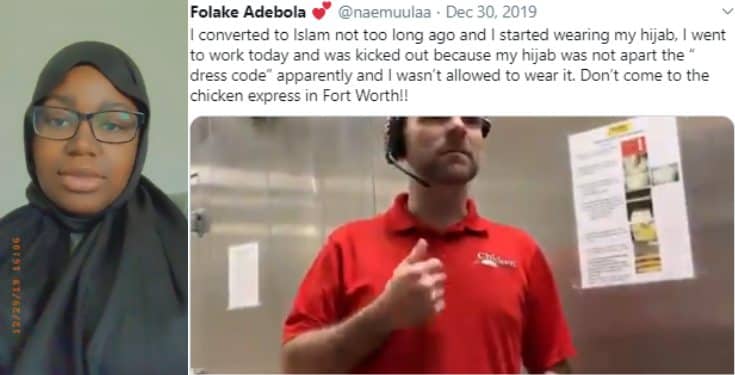 A restaurant in Texas has apologized after a Nigerian employee was asked to leave because she was wearing a hijab.

Folake Adebola, 22, revealed that she felt “disrespected” when her manager and her co-workers at the Chicken Express restaurant in Fort Worth, Texas, asked her to take off the hijab. 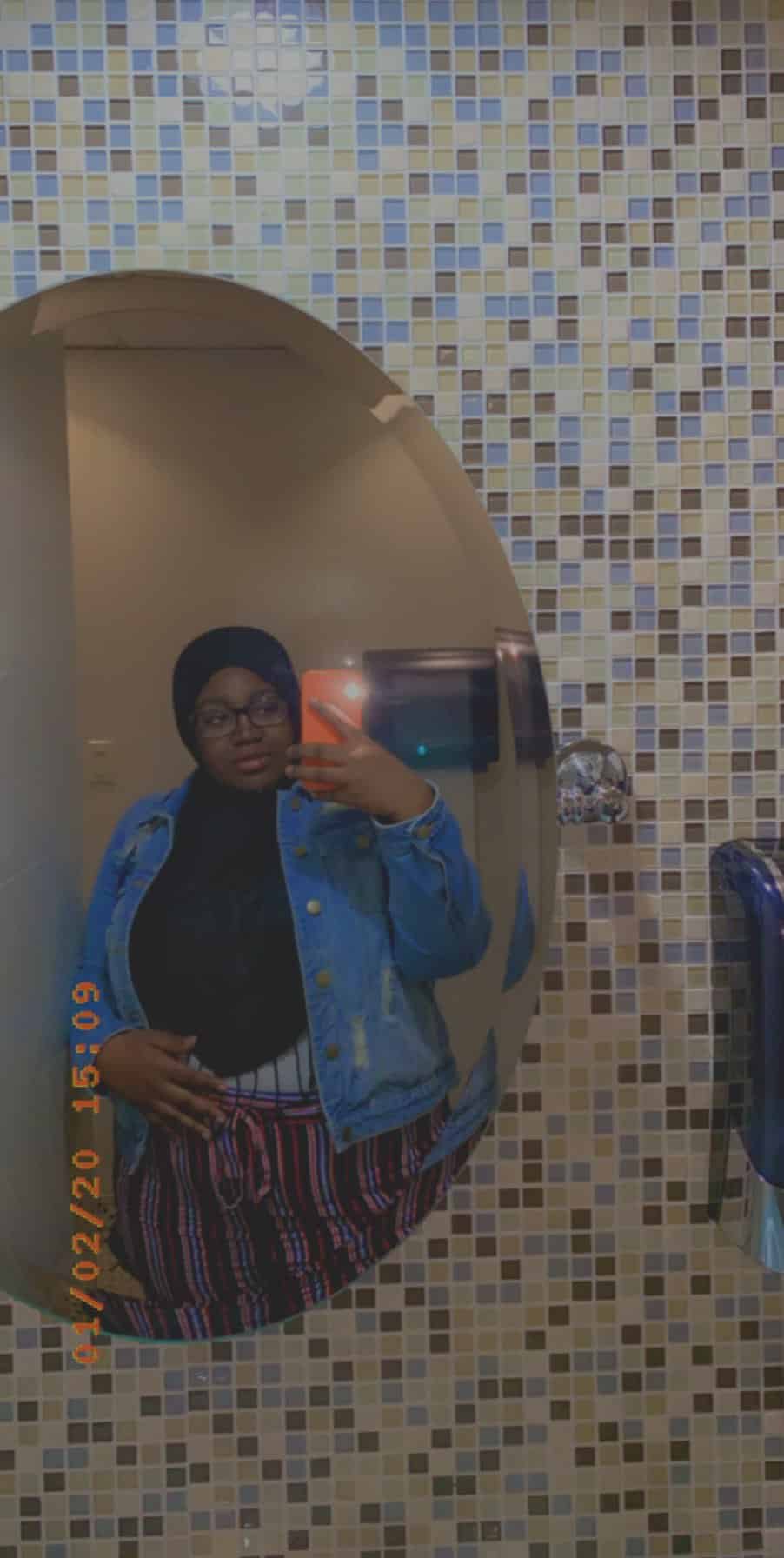 She said she converted to Islam in August and was hired by Chicken Express in October. She said she told her co-workers she would start wearing a hijab soon. .
.
But when she started wearing it on Monday, she said, she was not welcomed by her co-workers.

“I converted to Islam not too long ago and I started wearing my hijab, I went to work today and was kicked out because my hijab was not apart the “ dress code” apparently and I wasn’t allowed to wear it. Don’t come to the chicken express in Fort Worth!!”

“Lemme say this I converted in August. I didn’t start working there till October in the hand book they say they have “equal opportunity for every religion “ so yes I felt comfortable working there. I told my manager that I am Muslim and that I was waiting on my hijabs to come in,

“And everything was cool until it was brought up again between him and another employee”, she wrote on Twitter.

In the video she shared, the manager of the company was seen informing her she could not wear the hijab as she must follow what is in the Chicken Express employee handbook which says only the uniform are to be worn. He insisted;

“Your job is your job. Your job has nothing to do with religion. The job requires a specific uniform. (The hijab) is not a part of the uniform; you as a paid employee cannot wear it,” he said.

“I’m scared, my husband is a ghost” – Woman cries out after several encounters with a ghost in the house for five years