Home Viral News Nigerian man narrates how he made his neighbour to sell his car... 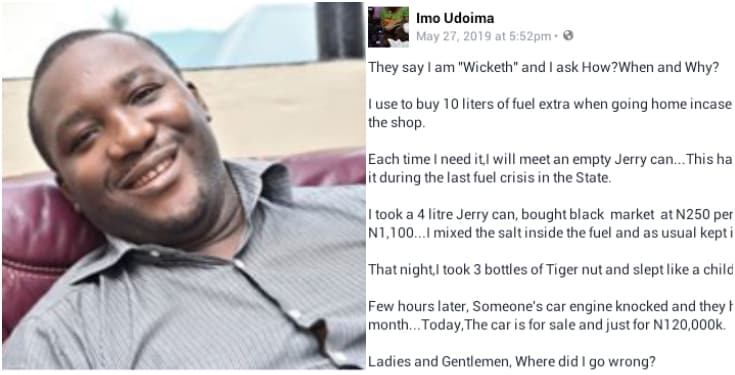 Facebook user, Imo Udoima from Akwa Ibom took to the social media page to narrate how he got back at a neighbour,  who has been pilfering his fuel. Read below.

They say I am “Wicketh” and I ask How?When and Why?

I use to buy 10 liters of fuel extra when going home incase I need it for the Car,home Generator or the one at the shop.

Each time I need it,I will meet an empty Jerry can…This has been repeating itself till I decided to put a stop to it during the last fuel crisis in the State.

I took a 4 litre Jerry can, bought black  market  at N250 per liter,bought a sachet of Salt for N100 totalling N1,100…I mixed the salt inside the fuel and as usual kept it for the owner.

That night,I took 3 bottles of Tiger nut and slept like a child ..In the morning,The fuel was gone and I smiled.

Few hours later, Someone’s car engine knocked and they have been battling to repair it for more than a month…Today,The car is for sale and just for N120,000k.

Ladies and Gentlemen, Where did I go wrong? 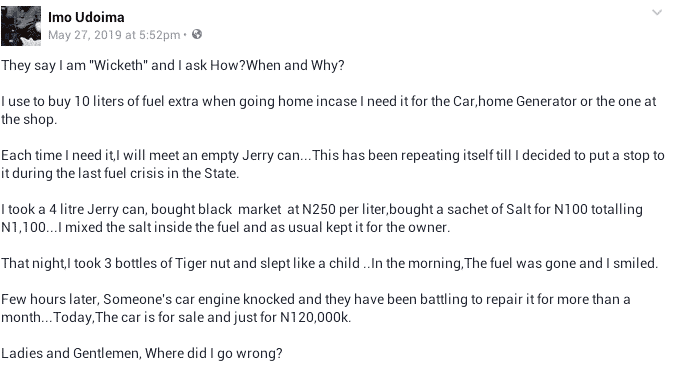 Most of his followers and friends praised him after he explained why he took such step.

See their comments below. 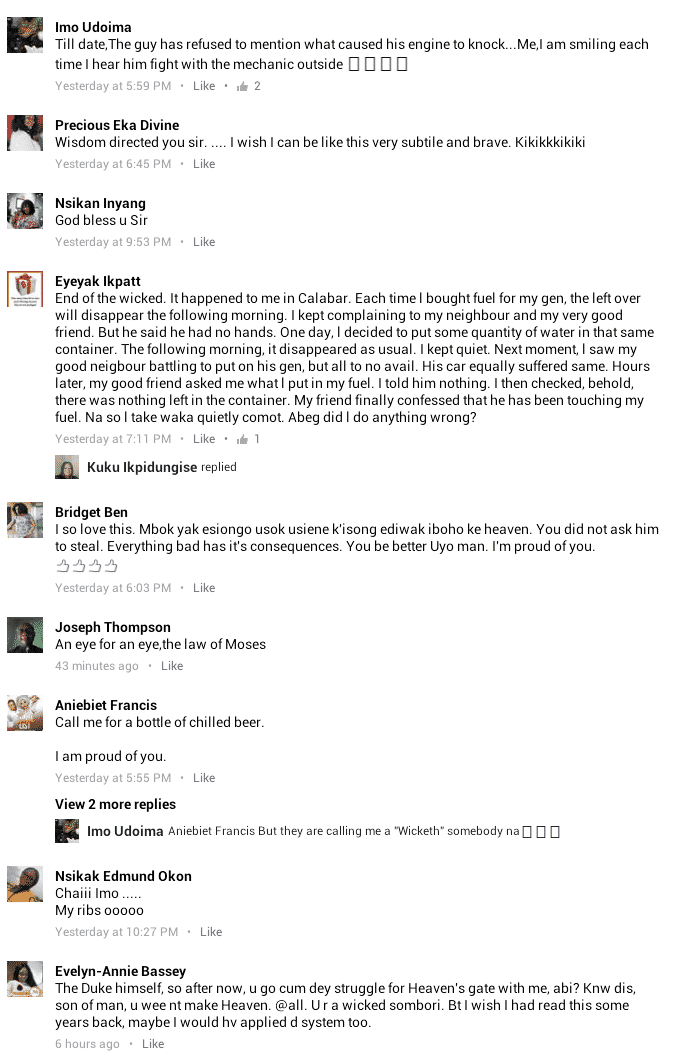 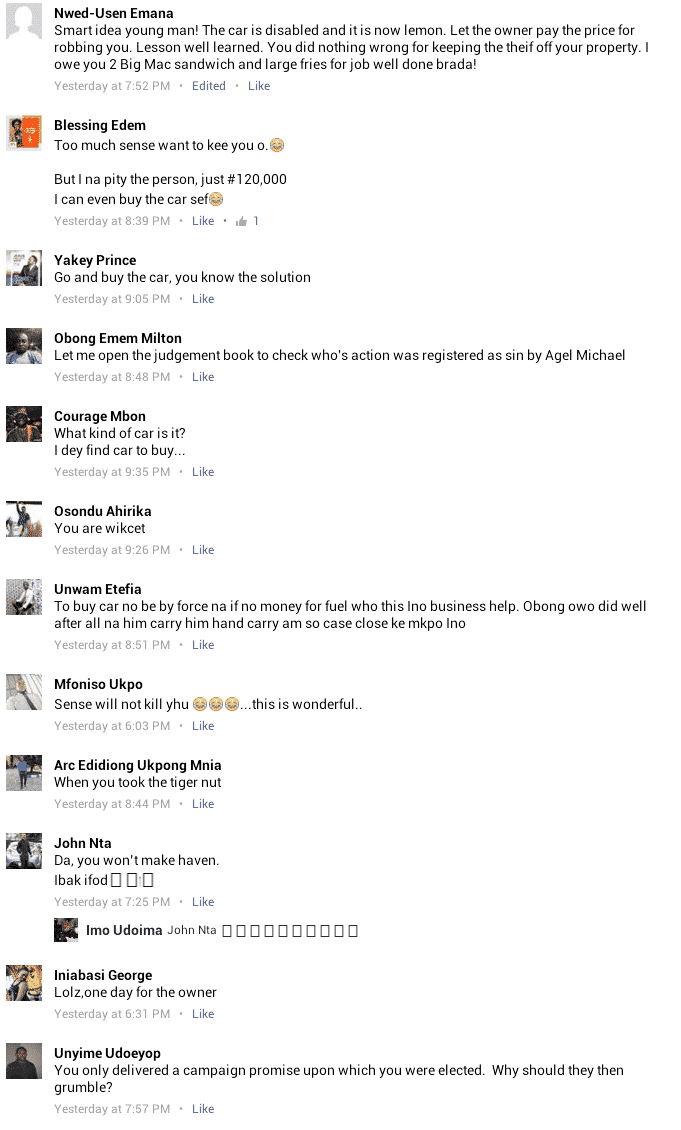 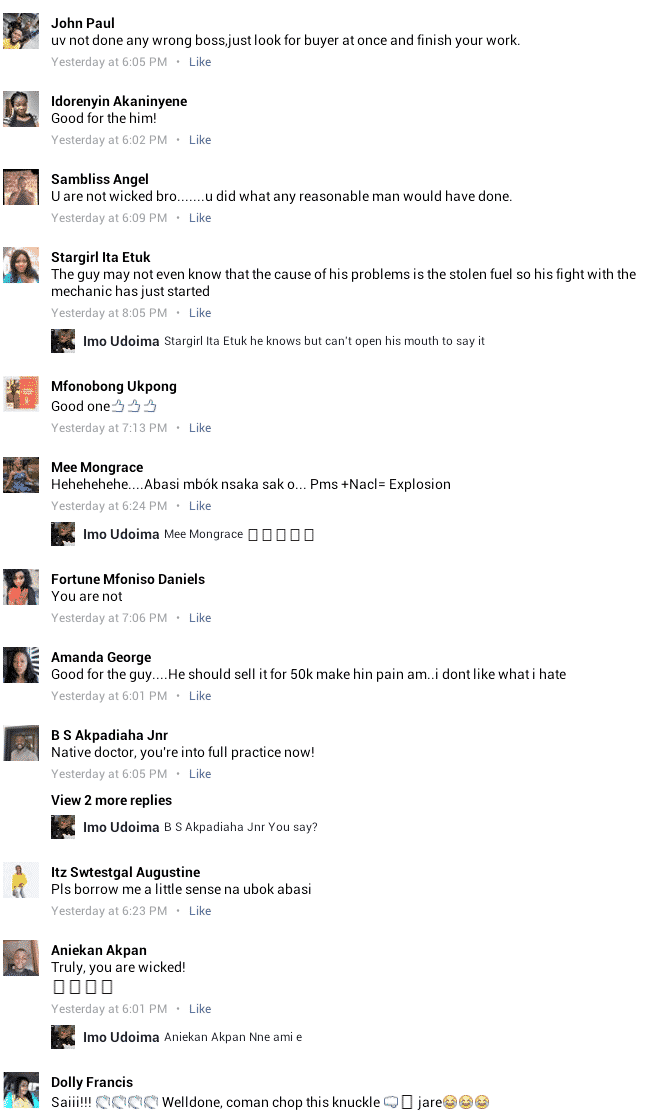 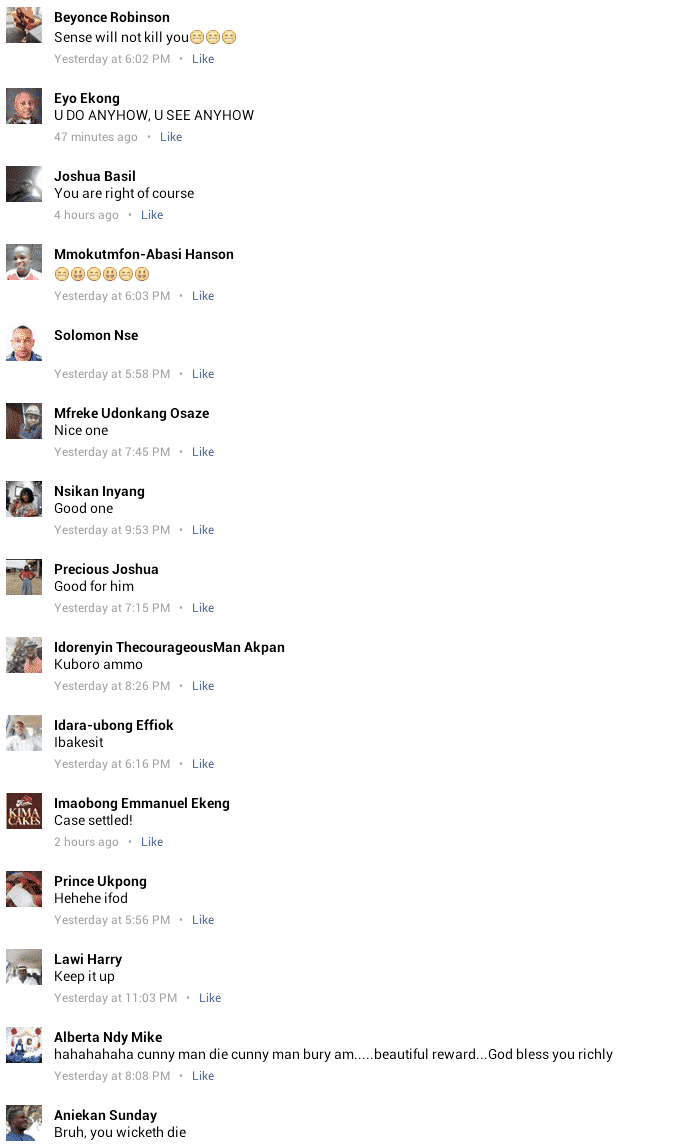