A Nigerian female Lawyer with the handle @Mochievous, took to micro-blogging platform, Twitter, to encourage women to share their stories about being heartbroken after their advances towards men were rejected.

According to her, until women realised that being rejected is normal, they would be shy of going after what they want. 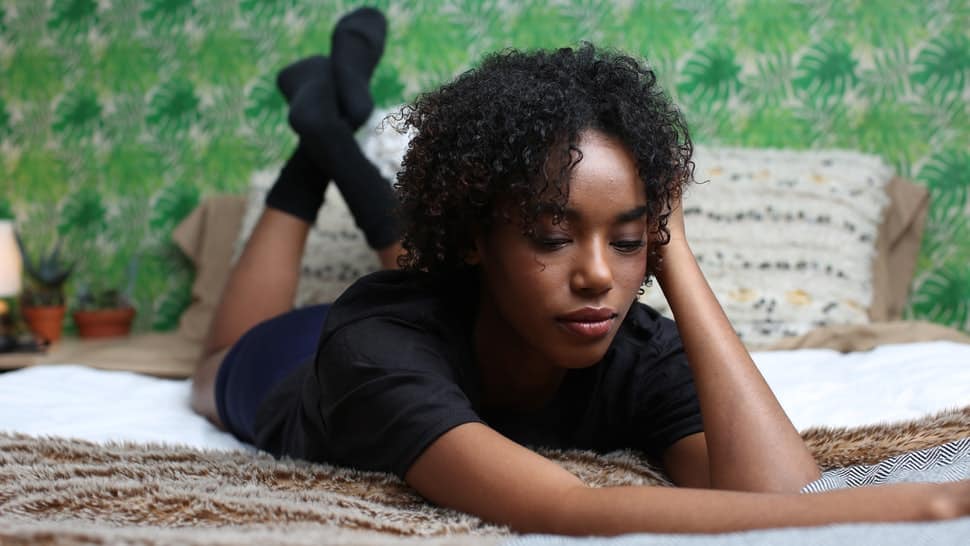 I’m going on a break but it just occurred to me to do this. Ladies, please share your stories of rejection from a guy you shot your shoot at. Until we as women begin to normalise rejection, we will forever be reluctant to go after what we really want. I’ll start.

So there was this guy I liked, we went out a few times and in my head we had a connection. Anyway one day, after what I thought was a great evening, I go “can I kiss you?” And he goes “oh shit. I’m so sorry if I gave the wrong impression, I just really like talking to you.”

At that point I wasn’t sure what to do. So I just told him goodnight and left. 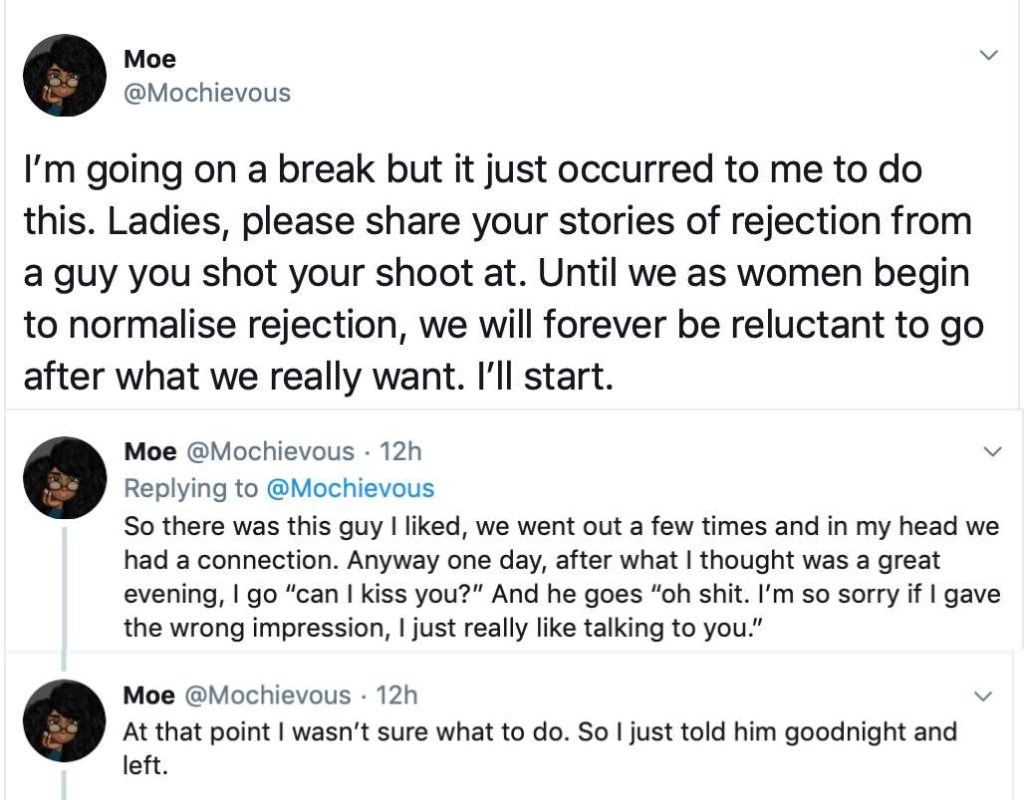 She prompted others to share their rejection story and quite a number did… Continue reading below;

Tomi wrote; “There was this guy I liked, requested to see him and he obliged, he started taking me out to events, being lovey dovey in public, I was sure I had gotten to my final bustop. He said he couldn’t date me cos I was light skinned. I prayed and cried for weeks, blocked and unblocked”.

Faith narrated how she felt inadequate after she was rejected and the guy started dating someone else two months afterwards. In her words;

“There was this guy I was friends with for like 5 years, I thought we’d make a great couple as we connected so well as friends, I finally summoned courage and told him how I felt and if we could give it a try, oga said he wasn’t ready for a relationship only for him to start …dating someone else 2months later. I felt terrible, inadequate and not good enough at that point. The painful part was he still wanted to remain friends, brethren see torture oh! I sha ghosted him and moved on.”

Oluchi also shared the bold step she took and how it backfired on her rather unexpectedly (after all, men are cheap). She wrote;

“Met this dude on Facebook Liked him Sent him a message dreamt abt him I was sexually attractedto him Asked him if he would consider having sex with me. he said I’m not the type of girl that he messes with. he stops picking my call… I move on…”… 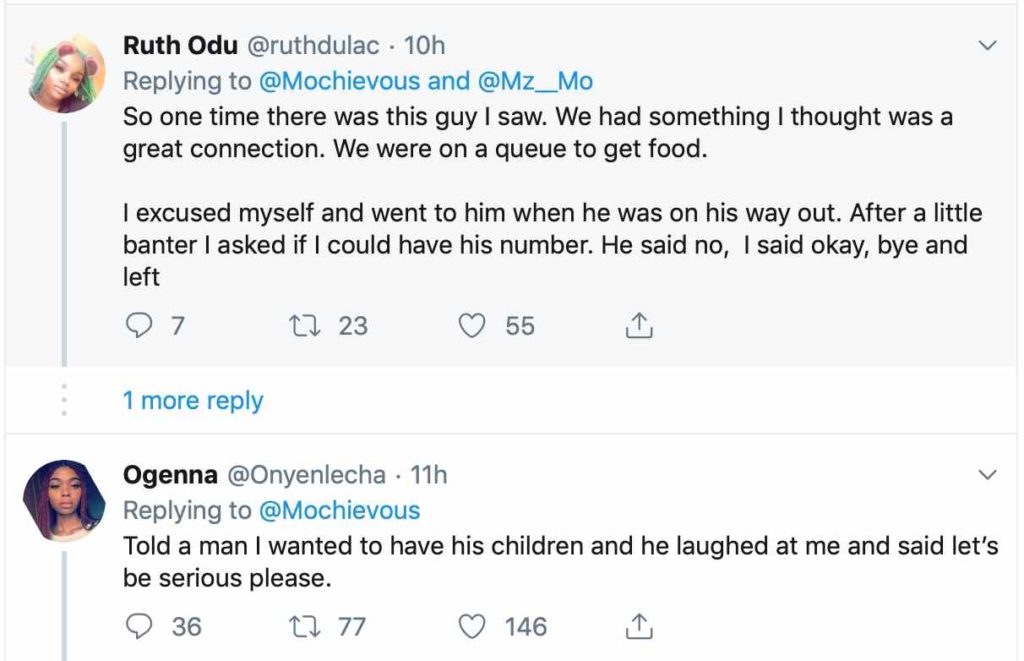 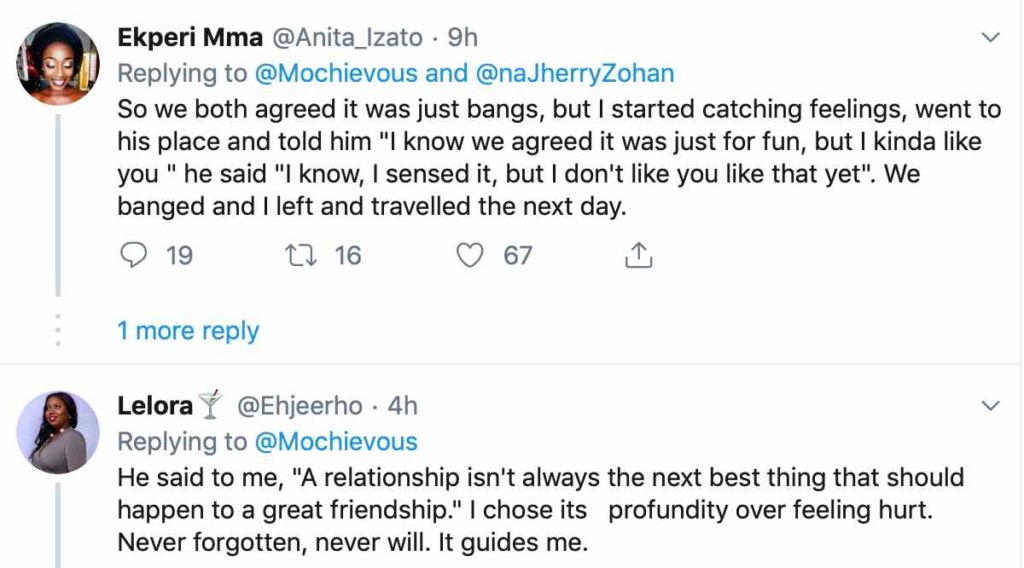 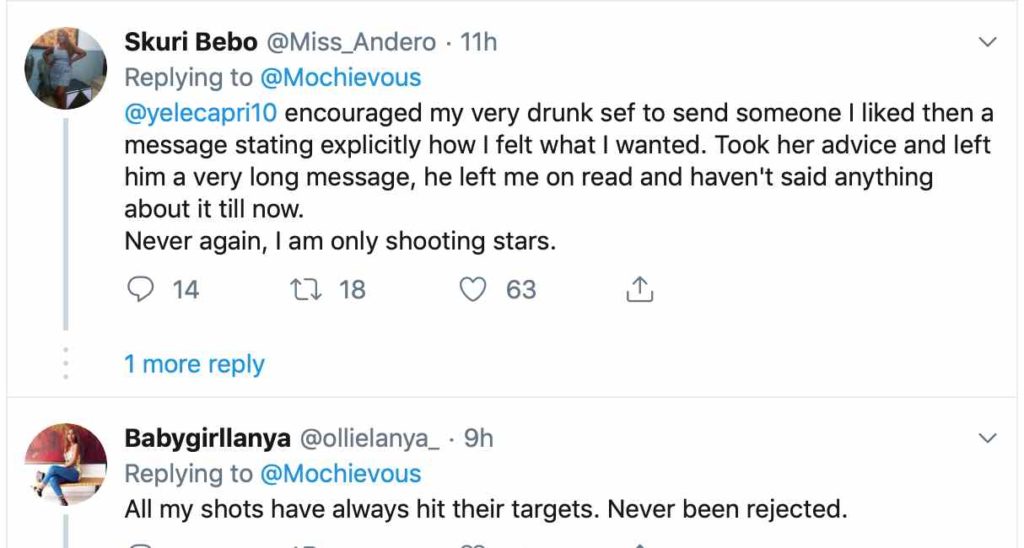 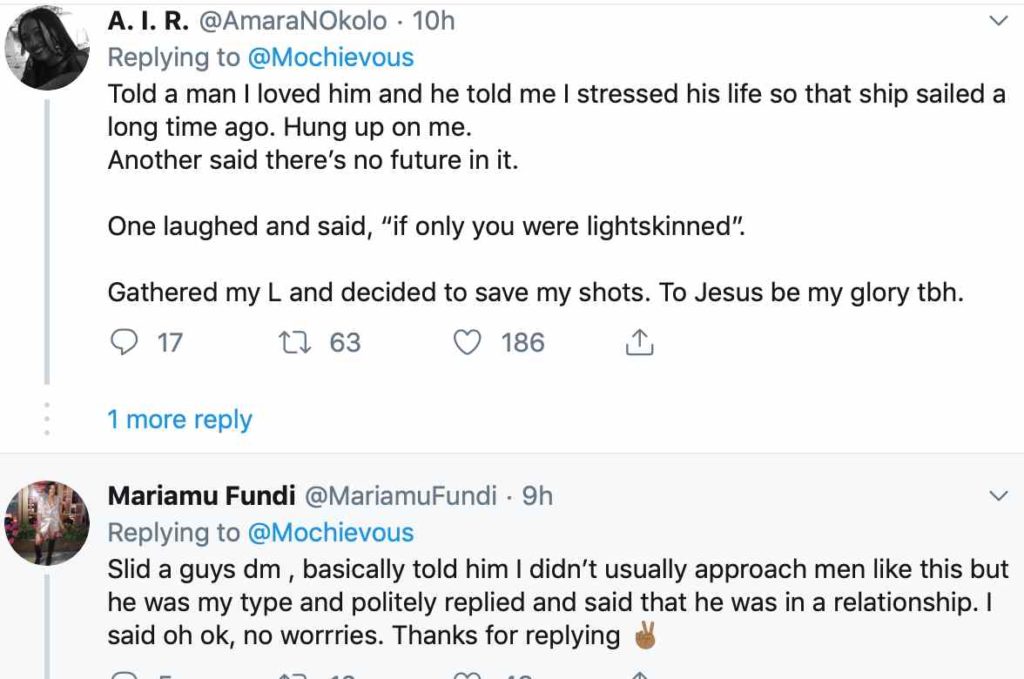 Wife discovers her husband has no “manhood” after wedding