Third baby mama of 2Face Idibia, Sunmbo Adeoye, receives accolades from netizens over her lack of interest on the singer’s marriage to Annie Idibia.

This comes following the series of tantrums between the second baby mama of the singer, Pero Adeniyi, and Annie Idibia.

According to netizens, Sunmbo comports herself in the best possible way while being focused on her entrepreneurship career and her new family, unlike Pero. 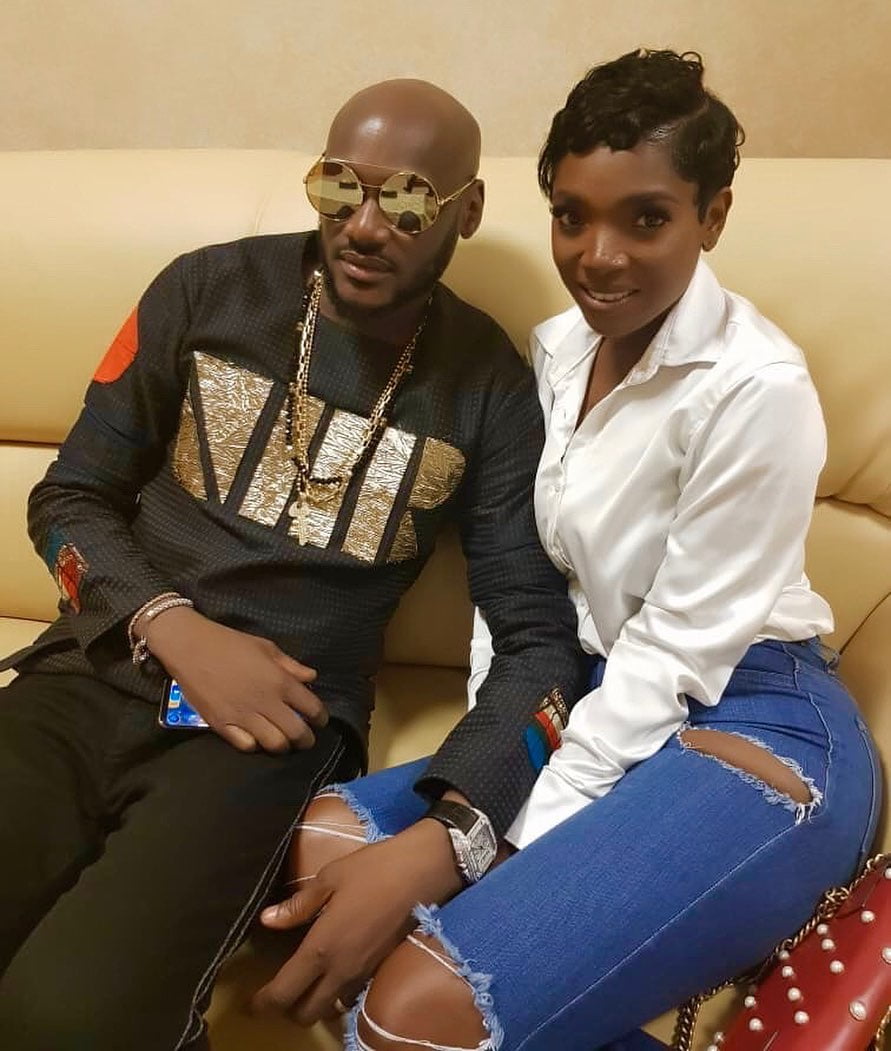 “In all this Tuface brouhaha, people forget he has a third baby mama and two sons from her yet she doesn’t get involved in all these dramas that the Pero one always inserts herself in. Most people don’t even know her,” a Twitter user wrote. 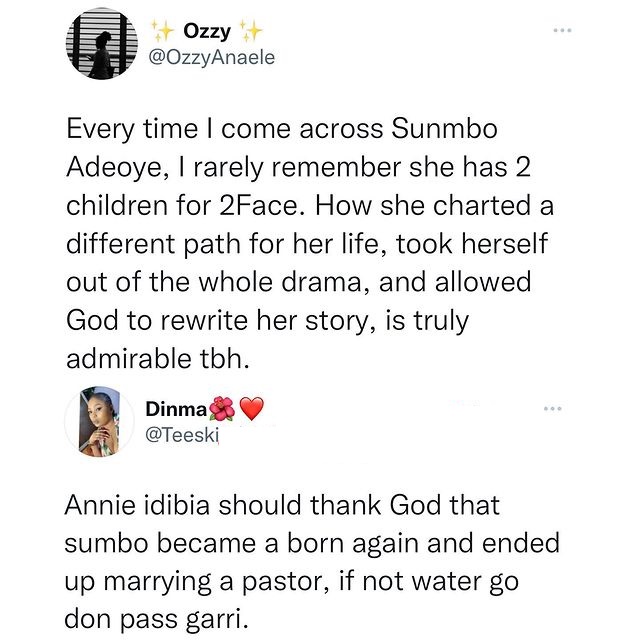