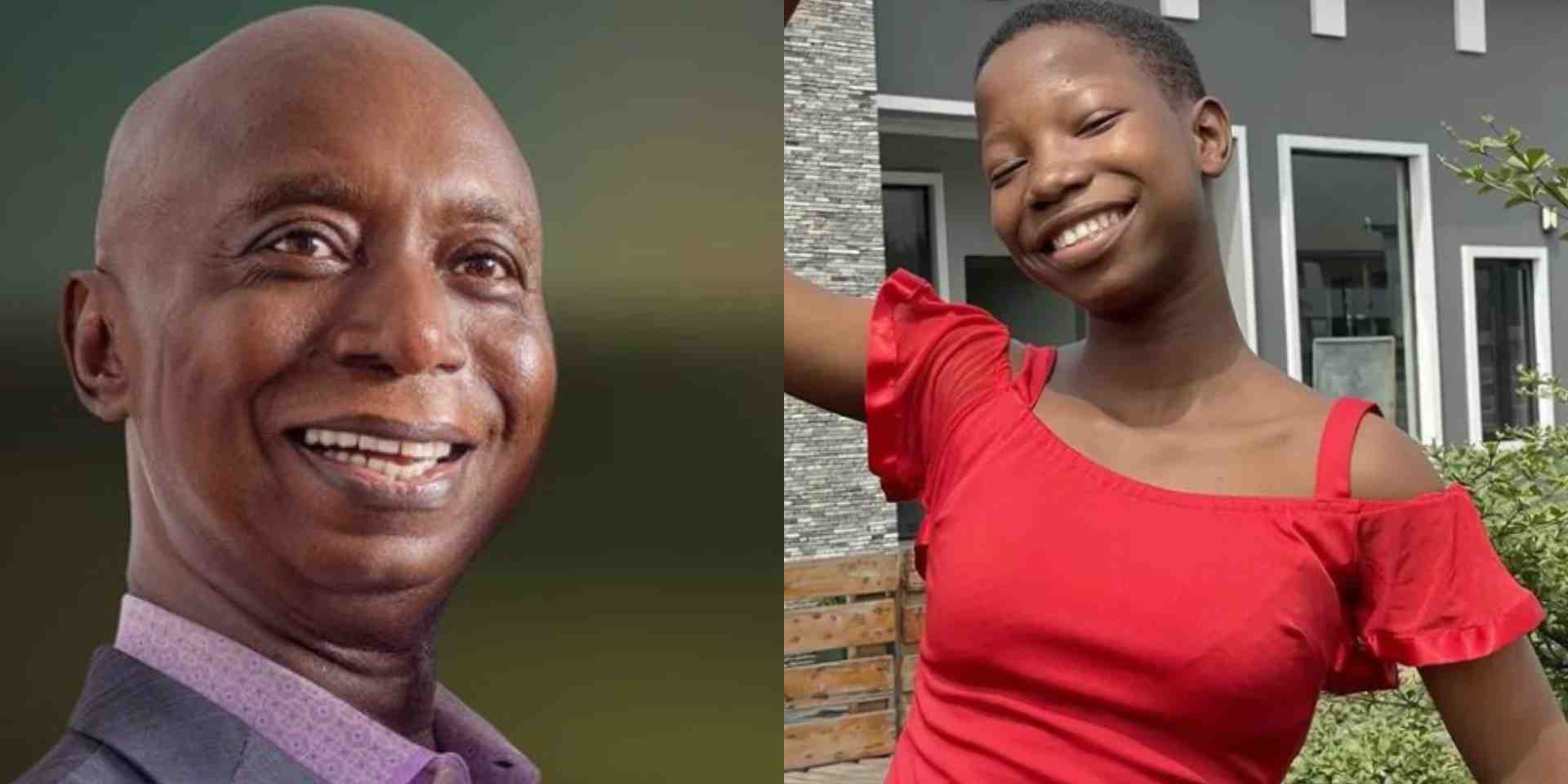 Billionaire business and lawyer, Prince Ned Nwoko has broken his silence following rumours that he is currently processing marital rites for the teenage comedienne, Emmanuella.

Rumours about Ned Nwoko getting a marriage list from Emmanuella’s parents surfaced online and sparked a lot of debates as cybernauts questioned such a move.

Emmanuella on her part also debunked the report while dismissing it as a false claim.

However, amid the saga, curious netizens who couldn’t get over the issue decided to hear from the horse’s mouth as they stormed his comment section to ask some questions.

One of the commenters drew his attention to the rumours and in response, Ned Nwoko affirmed that he has beautiful wives. 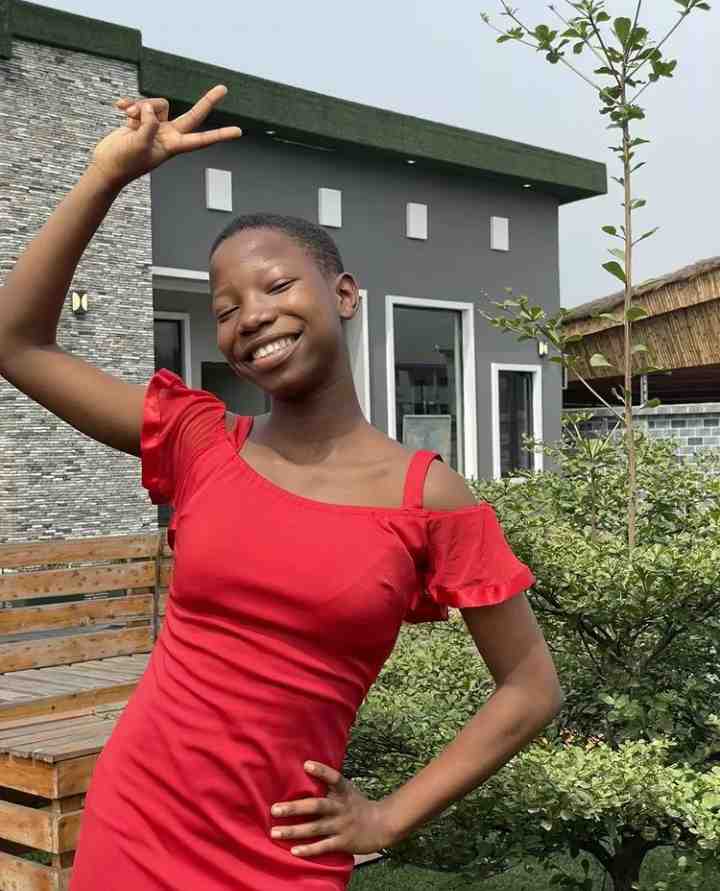 Another IG user identified as @jennifereverest24 threw the question directly to him this time which brought forth a direct answer too.

“The news about you and Emmanuella, is it true”

Replying, Ned Nwoko tagged it as a fake news.

Refer to the screenshot below: 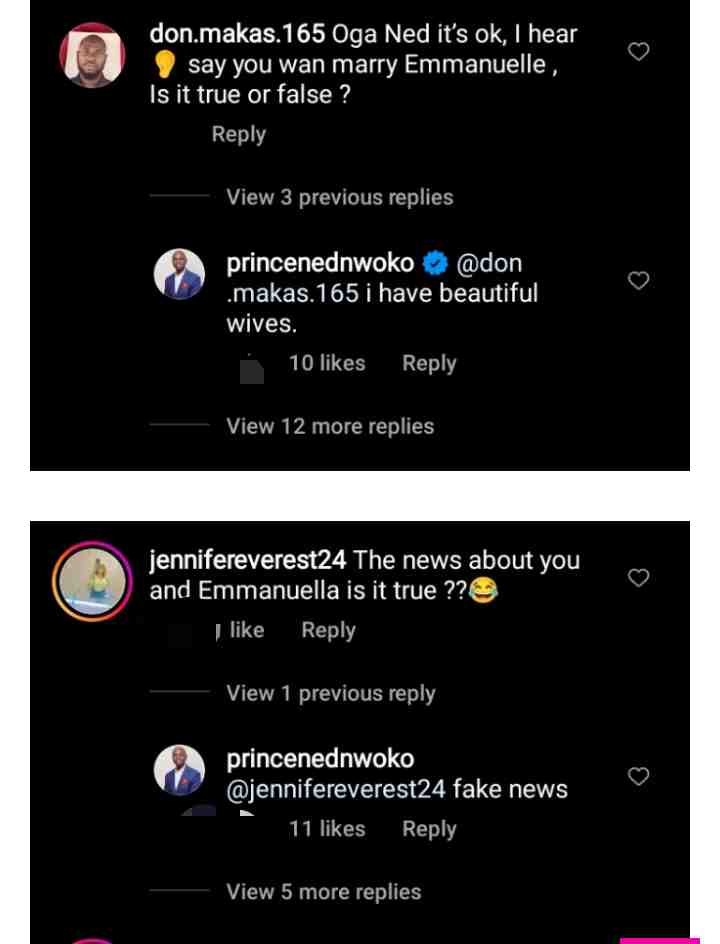