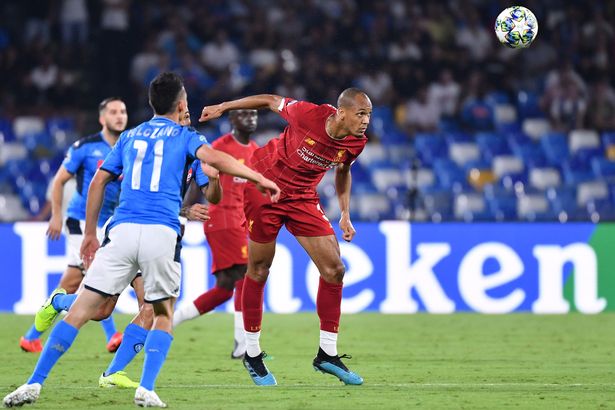 Napoli travel to Merseyside to take on Liverpool at Anfield on Wednesday night in a crucial clash at the top of Group E. New betting site in Nigeria 22Bet offers their views on what might be the outcome of the Wednesday match.

A win on Wednesday for either side would guarantee their qualification, but a draw or loss would put them at risk if results go against them.

Napoli have not performed at their best in Serie A so far and sit seventh, while Liverpool are currently clear at the top of the Premier League.

Joel Matip is a doubt for the visit of Napoli and is being assessed by the Liverpool staff following a knee injury, while Xherdan Shaqiri is closing in on a return to fitness.

Right-back Nathaniel Clyne is still out though and is unlikely to return until the new year.

Kevin Malcuit is still recovering from a cruciate ligament injury that ended his season, but he is Napoli’s only long-term injury problem.

Arkadiusz Milik and Faouzi Ghoulam are being assessed day-to-day and will hope to be in contention for a start on Wednesday.

While Napoli beat Liverpool 2-0 in the reverse fixture, these two sides go into this game in an entirely different form.

Napoli have drawn six of their last seven matches, with the other being a defeat, while Liverpool have only failed to win once in the Premier League this season.

However, with Dries Mertens and Lorenzo Insigne up top, they have the talent to cause Liverpool issues.

Liverpool have attacking talent of their own though, with Sadio Mane, Mo Salah and Roberto Firmino all performing well in recent weeks for last season’s Champions League winners.

Overall, Liverpool certainly have the edge, with home advantage playing a role, but Napoli should not be ruled out of causing an upset.

If you want to use this prediction to your advantage, make sure to use 22Bet’s N50,000 betting bonus when betting on the upcoming Napoli vs Liverpool match!