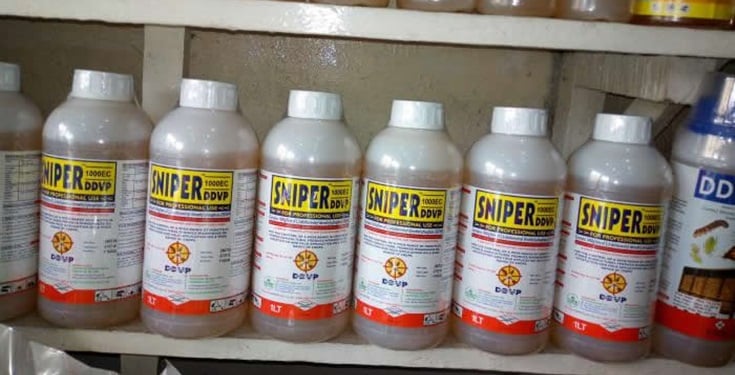 The National Agency for Food, Drug Administration and Control (NAFDAC) has placed a ban on the sale of ‘sniper’ (insecticide) in open markets and supermarkets.

NAFDAC’s Director, Veterinary Medicine and Allied Products Directorate, Dr. Bukar Usman, who made this known on Wednesday at the International Institute of Tropical Agriculture (IITA), Ibadan said that the agency had asked agro-dealers to stop the sale of the product in open markets and supermarkets.

According to him, sniper is an agro-cultural product meant to be used only in the farms and not for households.

Usman maintained that the directive was not an outright ban of the product but a restriction of its use and availability to farms alone.

He also called on manufacturers and dealers to cooperate with NAFDAC to mop up the 100ml size of the product which was cheap and easily acquired, adding that all agro-chemicals meant for farms should not be used in households.