Hours after being called out on having an a romantic affair with Timaya, Caroline Danjuma reveals clarity on how who was behind the rumour. 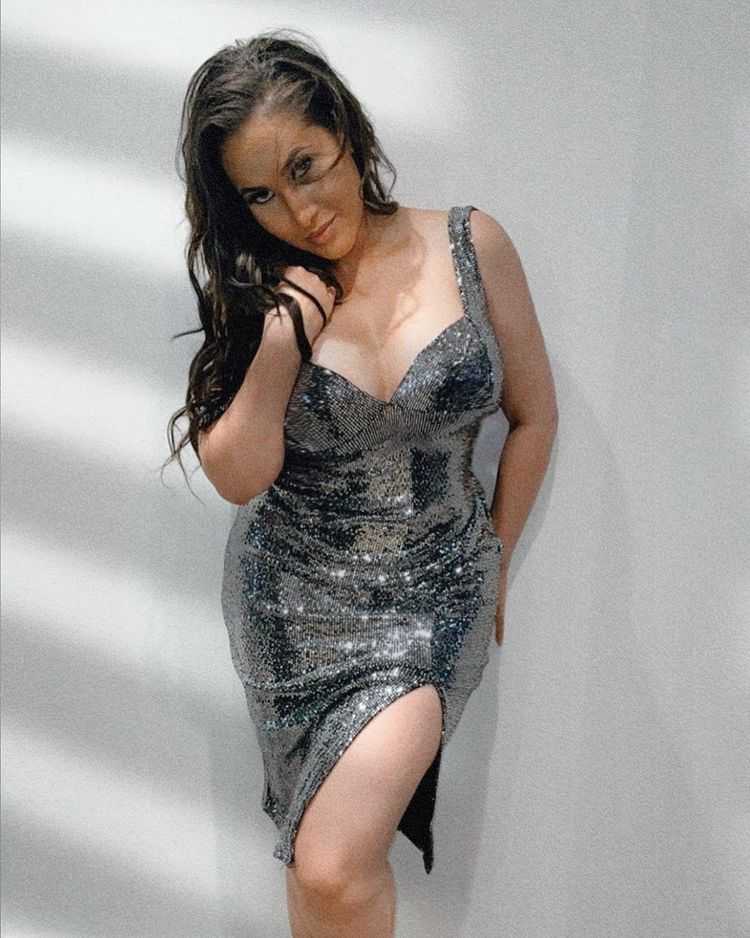 This comes after a controversial Instagram blogger called out the actress over her affair with the singer which was followed by a stern reaction from Caroline.

In reaction, the blogger fired back at the actress while noting that the rumour was initiated by Timaya himself, while debunking claims of the gist surfacing from her rivals. 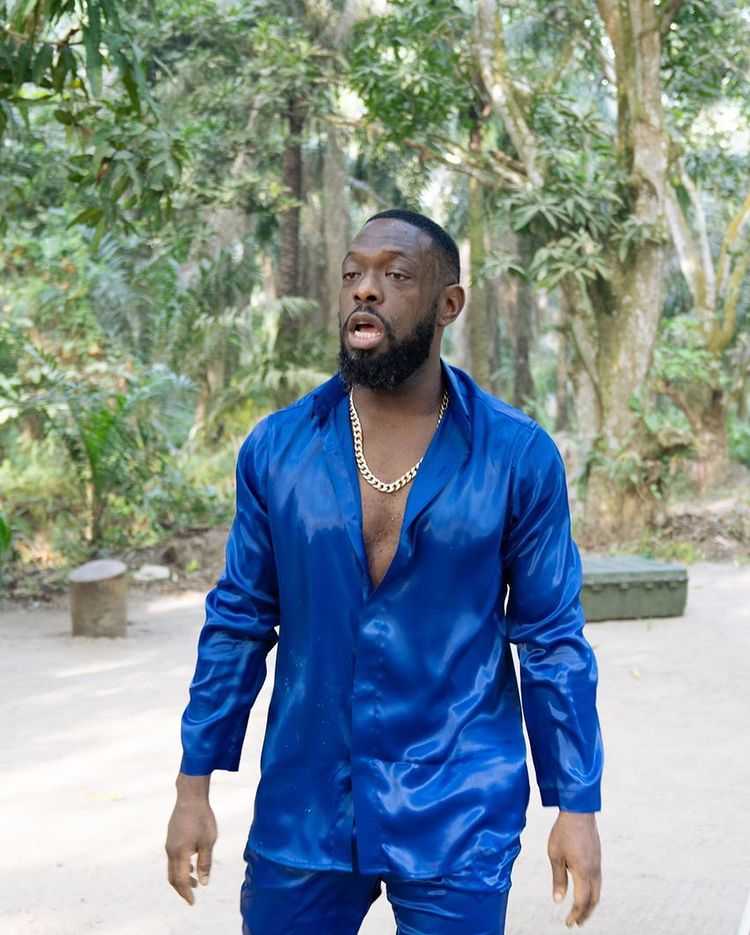 “How some people deny their lovers in public but will be begging back door.

Caro, both you and Timaya are celebrities and Timaya is even a A-lister for that matter.

Celebrity gossip is part of showbiz all over the world and you signed up for it. The gist about you and Timaya’s dating which is true isn’t a troll or anything to warrant being abusive. You could have replied and blast us without really having to use swearing words but hey guess we all as people from different backgrounds do things differently.

Honey, the day you called Timaya begging him, he had lots of people at his and the phone was on speaker. Ask him. Babe, there is nothing desperate he didn’t use to describe you o. He even said he bought you a bag before knacking so to him, service paid but you want relationship which he isn’t ready for.

As for whatever you have with Tamar, na una 2 sabi. E no concern this user.

Even Tamar sef after taking Timaya to grandvile for his cosmetic surgery around his boobs area, Timaya still dey yarn her matter so it will be surprising if she is indeed running other women down for this same Timaya.

Well, since you want to be the bigger one, maybe you should use the same energy by sticking to drag and call the blogger names and leaving “your rival[s]” out, or?

Babe, This you and Timaya kini kon gbenzing gist na Timaya himself dey run am for town.

Take care and have a pleasant evening.” 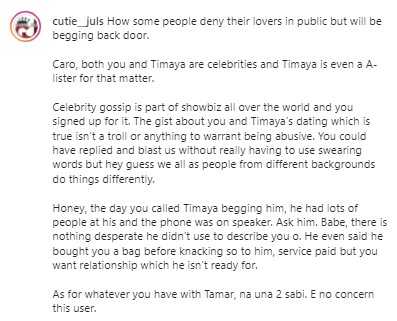 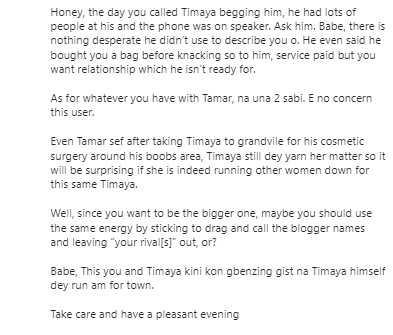