Home Viral News “My wife gave me permission to cheat as long as I don’t...

A married man has taken to Twitter to say that his wife had given him permission to cheat as long as he doesn’t impregnate the other woman. 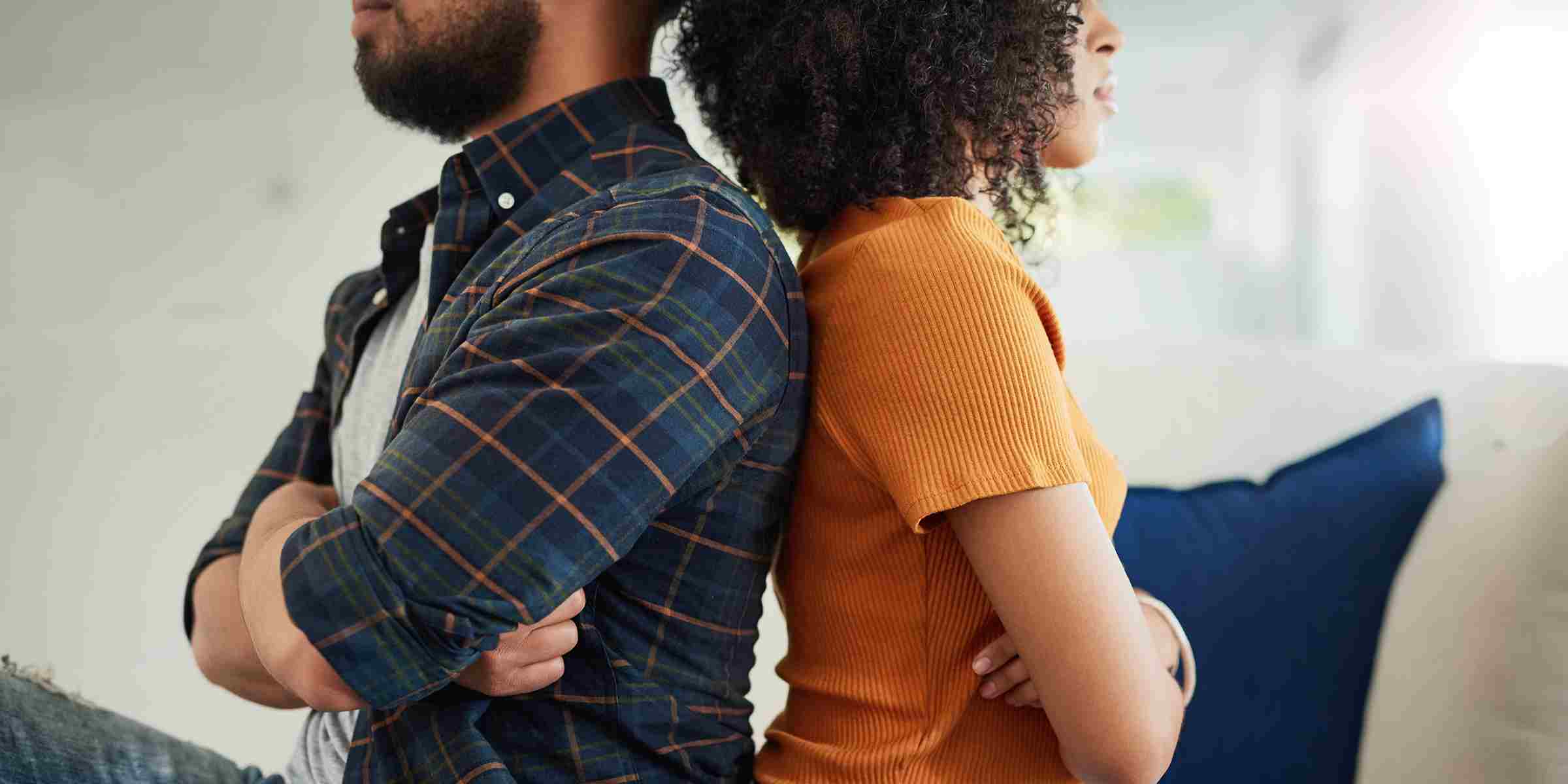 As the interview granted by Pete Edochie has gone viral, many people are reacting differently to his point of view pertaining to married women and their cheating husbands.

“Solomon had 1000 wives and 700 concubines. If a man decides to take many more wives, what are you going to do? Nothing. If you think your husband is going out to have an affair, put a packet of condoms in his bag. When he sees it, he’ll know you have his interest at heart,” Pete Edochie said in a controversial video.

This statement led to a debate and a Twitter user, @Charisma said that his wife gave him permission to have an affair with another woman as long as he doesn’t get anyone pregnant. 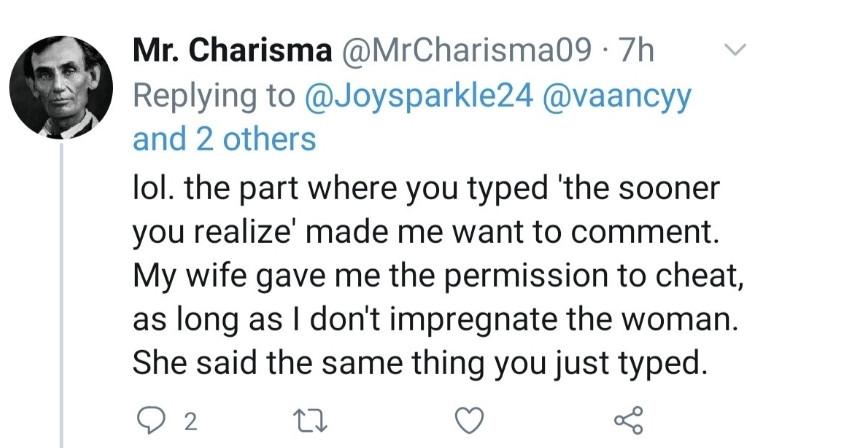 A curious Twitter user had asked if he’s okay when the table turns and the wife cheats on him.

Mr. Charisma claims that it is not possible for her to cheat on him because she’s a housewife and has no friends. 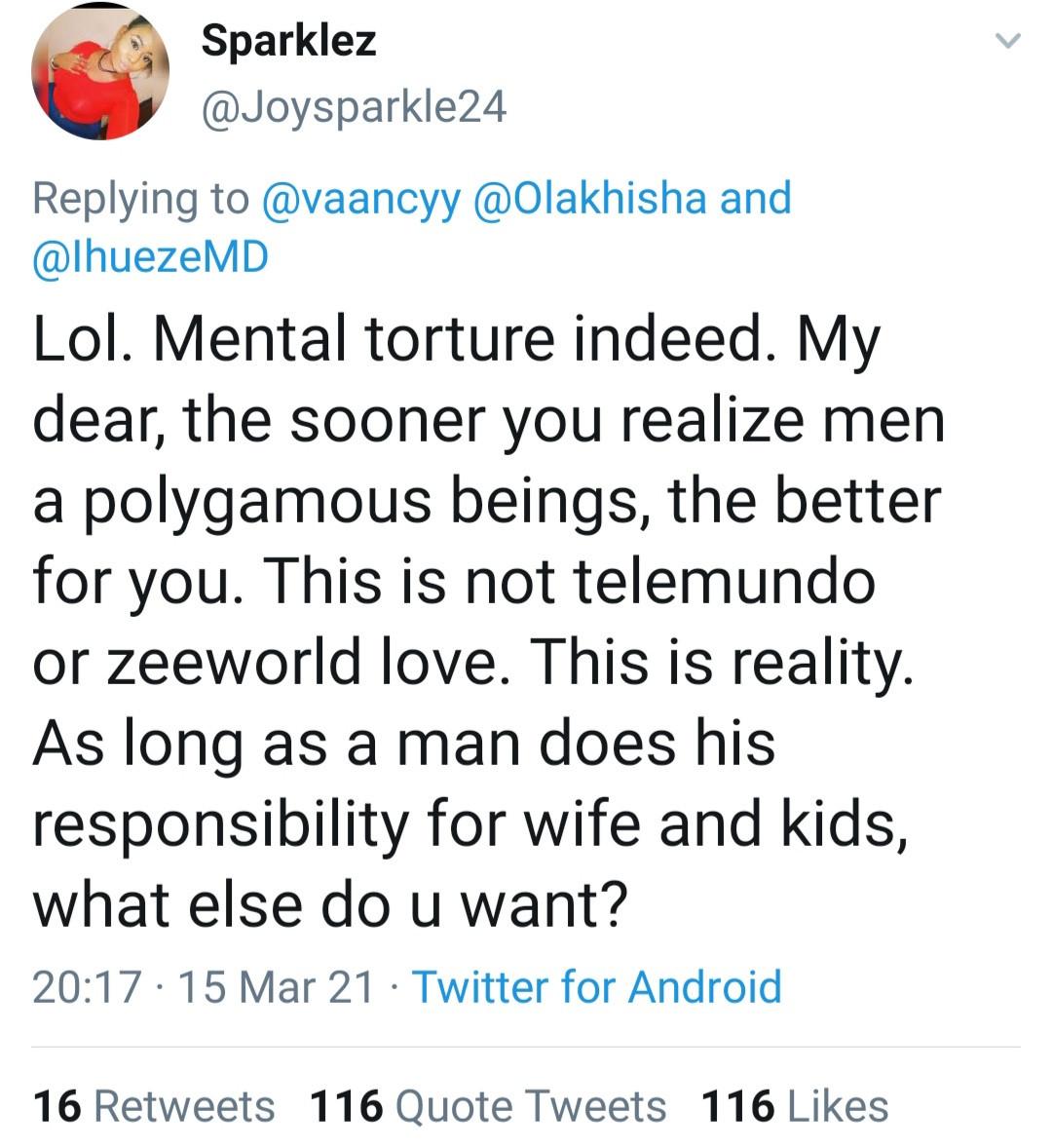 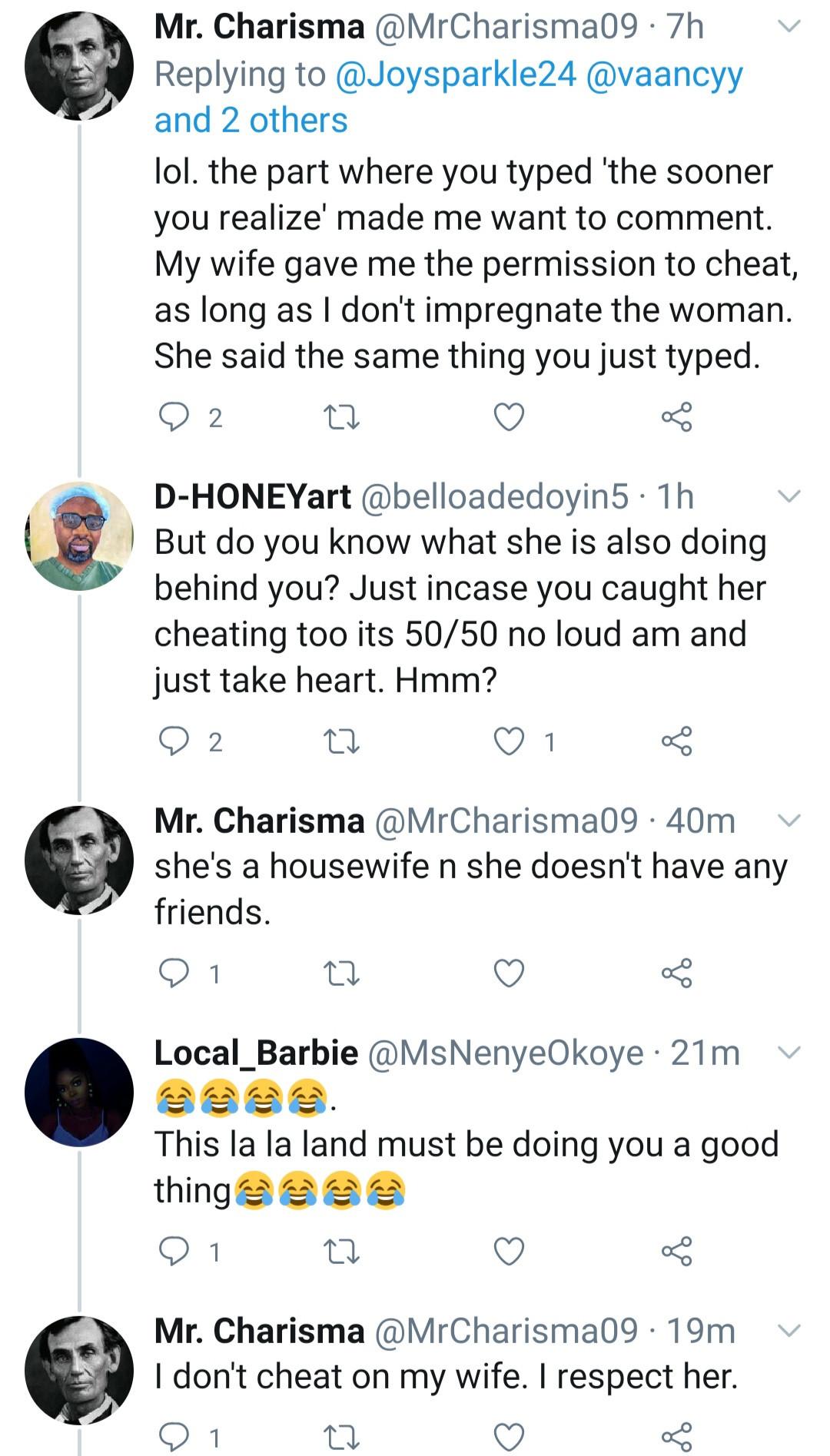