Aik Eke, brother to popular Nollywood actress Chacha Eke, has cleared the air after his sister made a video claiming to be bipolar. 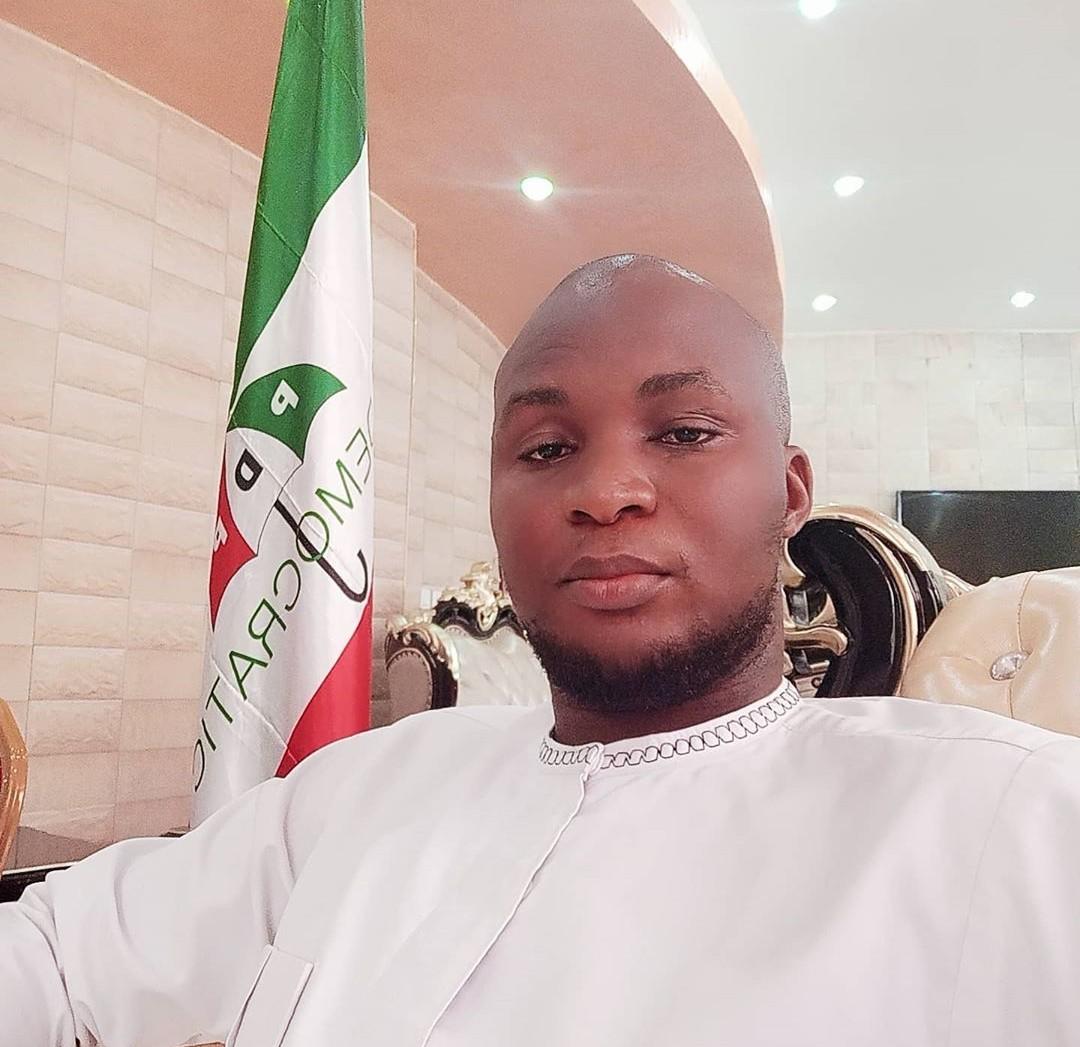 Speaking via his Instagram page, Aik said his sister doesn’t have bipolar disorder, and he knows there is a cover up somewhere.

He blamed Chacha’s husband for trying to clear his name at his wife’s expense, someone he claims to love. 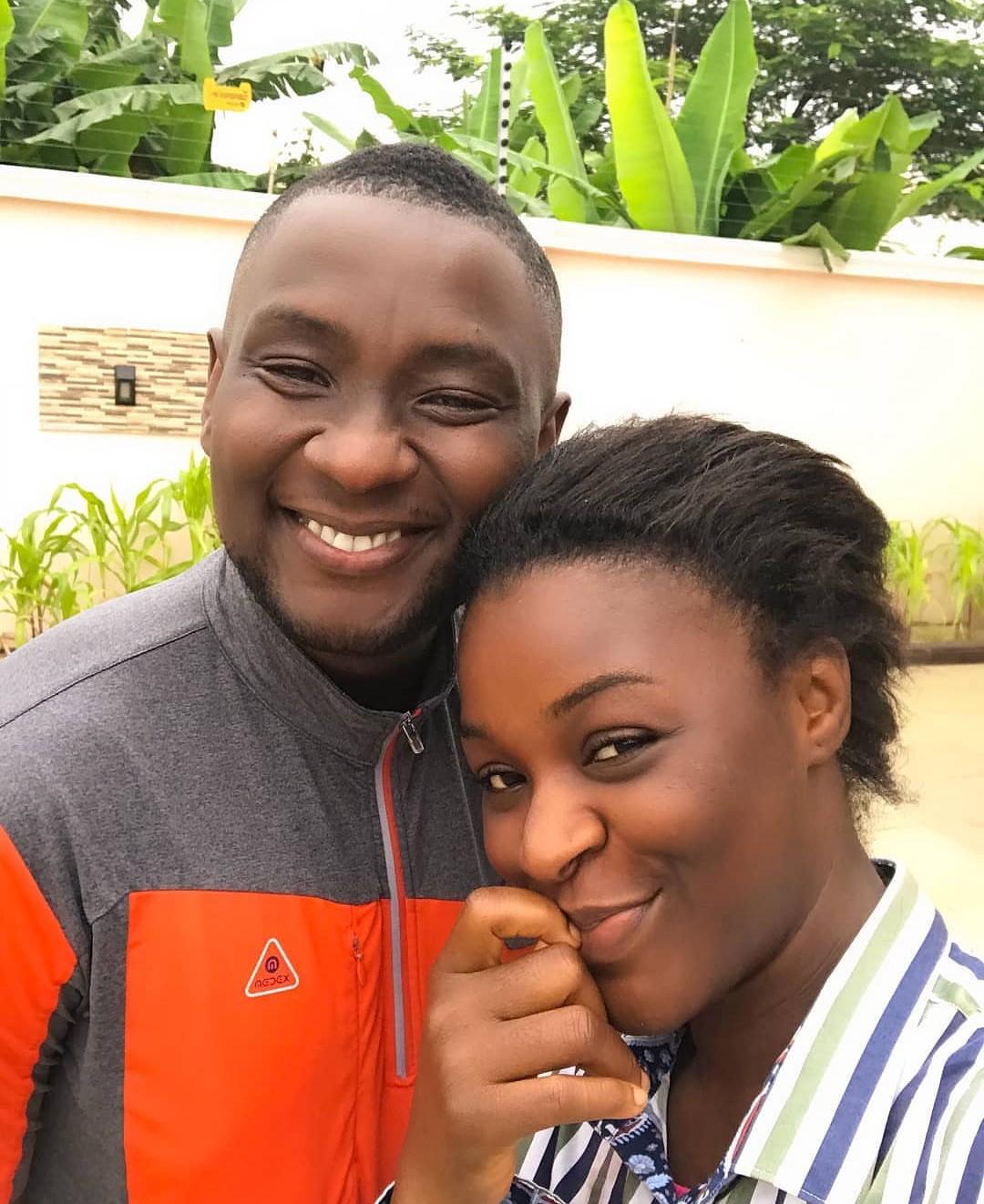 “I don’t like drama, I don’t like fight on social media, I prefer to be low key on social media. But I won’t ignore this because it’s all shades of wrong and evil. Firstly, Chacha has not used a phone for the past five days and she did not post that video.

Secondly she does not have bipolar disorder. Thirdly, I don’t know how that video was made. Why did he post such information without her consent because she’s not aware that he posted that video. I wonder why he is in a haste to clear his name at her expense. Someone you claim to love.

Next time, use your IG account if you desperately want to clear your name. Meanwhile, for every smart moves, I’m here to counter it. Slow your roll, let sleeping dogs lie. That I said it’s not a case of domestic violence does not mean you are innocent. The world knows there is a cover up here. Be careful Mr. Man.” 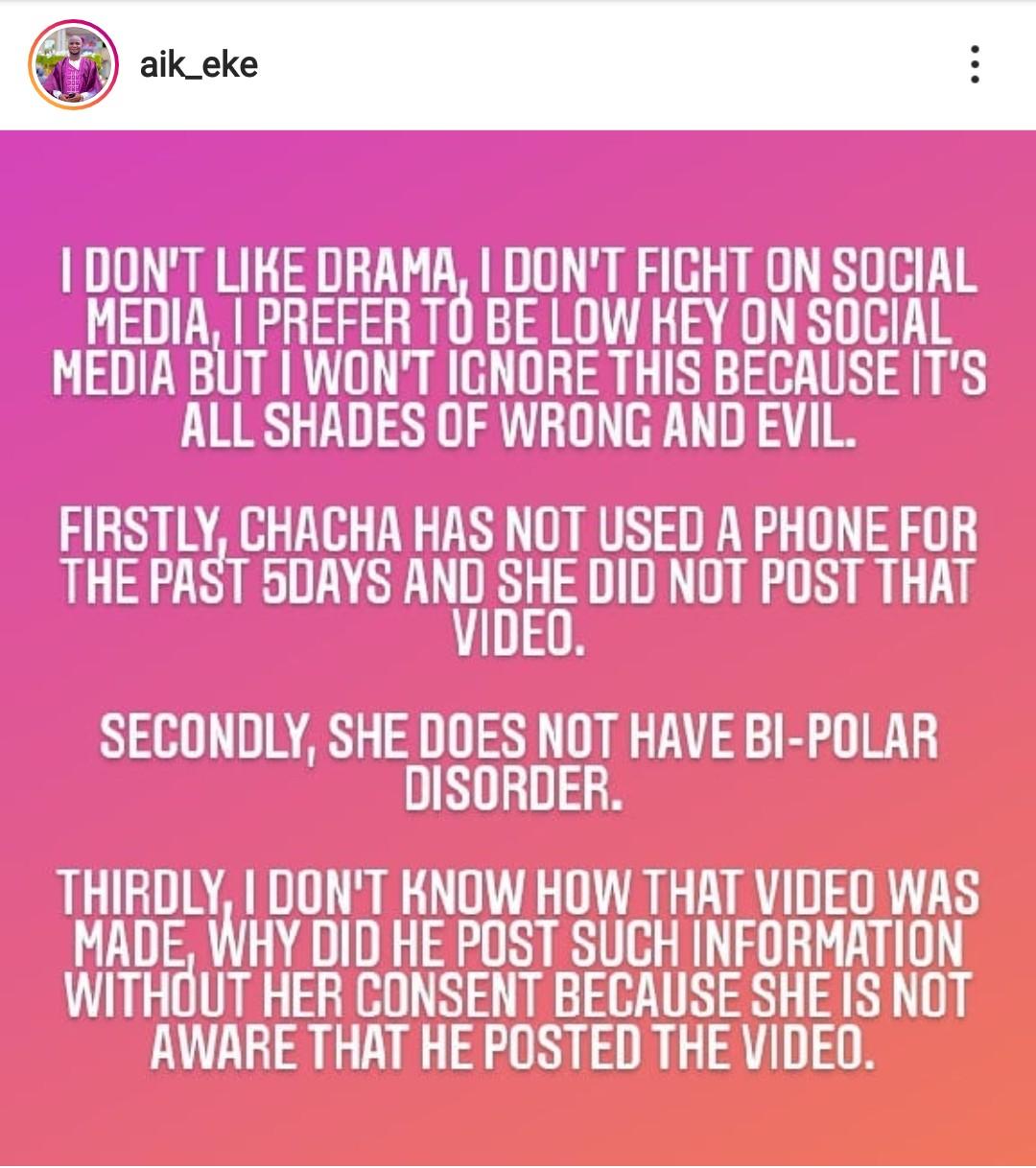 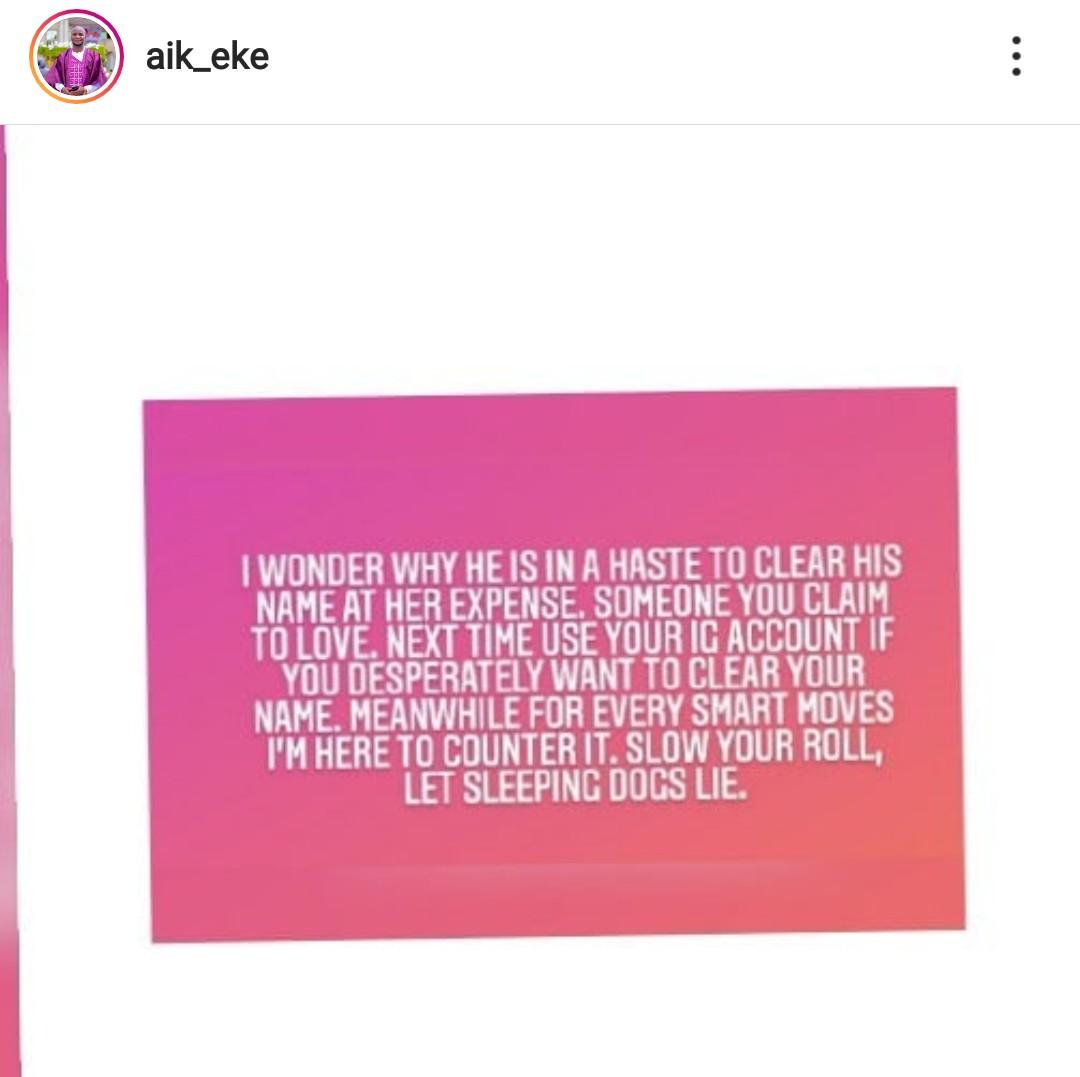 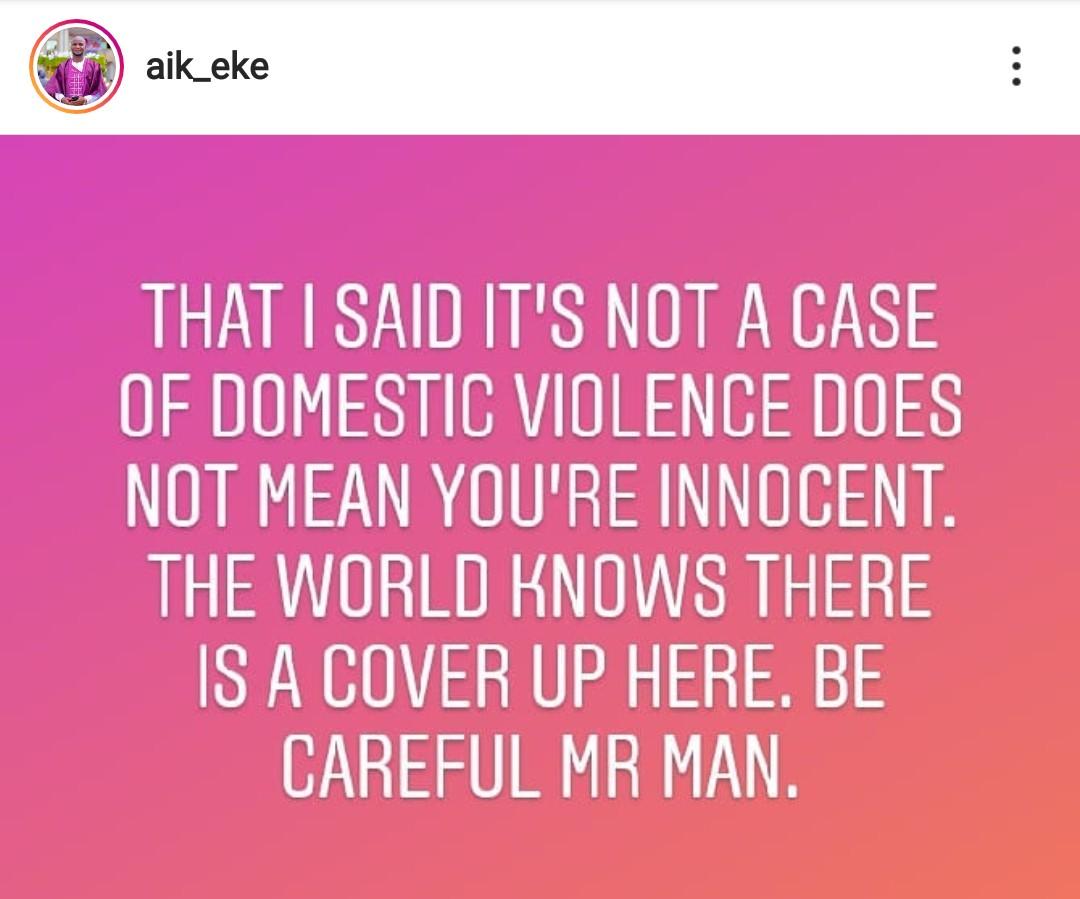