A lady has lamented profusely after her younger brother told her to leave his house after she asked his wife when she is going to give the family a child. 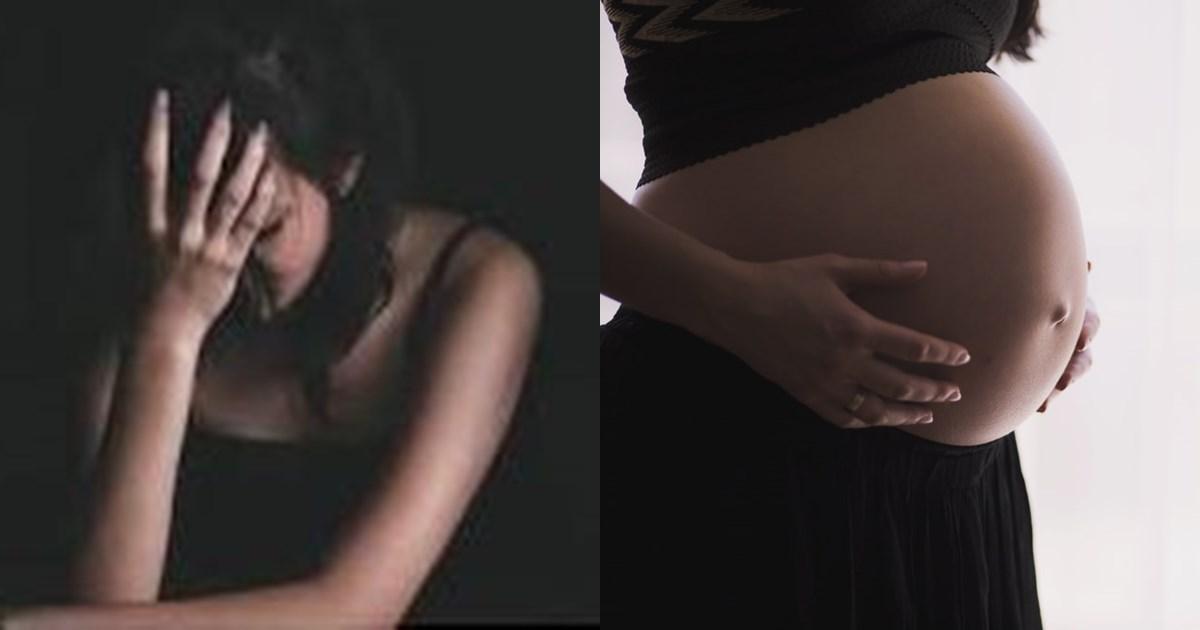 The lady who seems to be justifying her actions said since 5 months of marriage, she hasn’t seen any sign of pregnancy from her brother’s wife so she decided to ask the controversial question which led to her being ejected from the house.

“My younger brother is married and for 5 months now I haven’t seen his wife spit or vomit which clearly shows she’s not pregnant. I have asked why she doesn’t want to be pregnant no reply…” 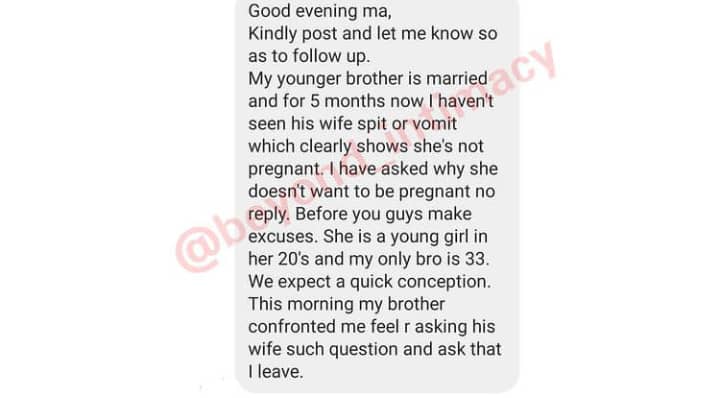