A lady has lamented greatly after her boyfriend blatantly told her she’s got nothing to offer because she refused to sleep with him. 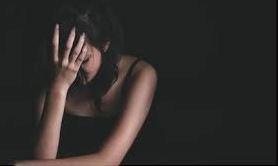 According to her, her boyfriend always gets into a fight with her often, after which he comes back to apologize and request reconciliation. This cat and dog scenario, however, made her resolve not to have sex with him, till she figure out his stance on their relationship.

The young man who seems desperately in need of it bluntly told her she has nothing to offer if she can’t satisfy him in that aspect.

“I love my boyfriend so much, but the thing is that he has broken up with me severally in the past each time we have a serious fight and he’ll come back begging. I accepted him back because I love him. But  I decided not to have sex with him until I’m sure he’s the one for me….”