Home Viral News Motorist bites off ear of man who blocked his car during traffic...

A video of a man in excruciating pain as a result of a fierce bite from a motorist is making the rounds online. 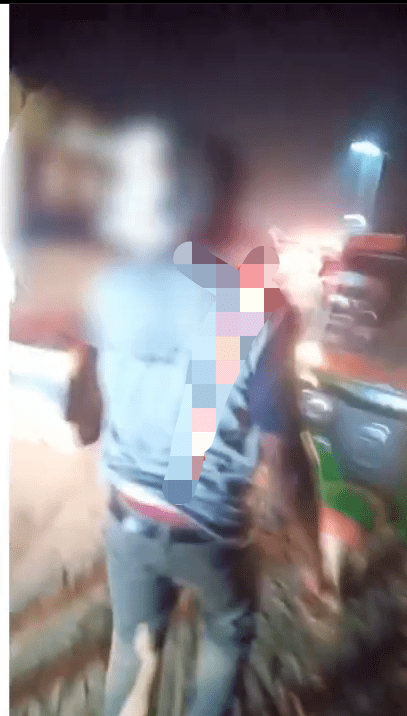 In the clip, the videographer who revealed what brought about the injury stated that his ear was bitten off.

According to the report, during a frustrating traffic jam in Isinweke, Imo State, the victim had blocked the car of the road user who in turn didn’t hesitate to descend on him in an odd manner.

Currently, the man is left with a single ear.

Netizens have also expressed shock at such animalistic behaviour.

Check out some reactions below: 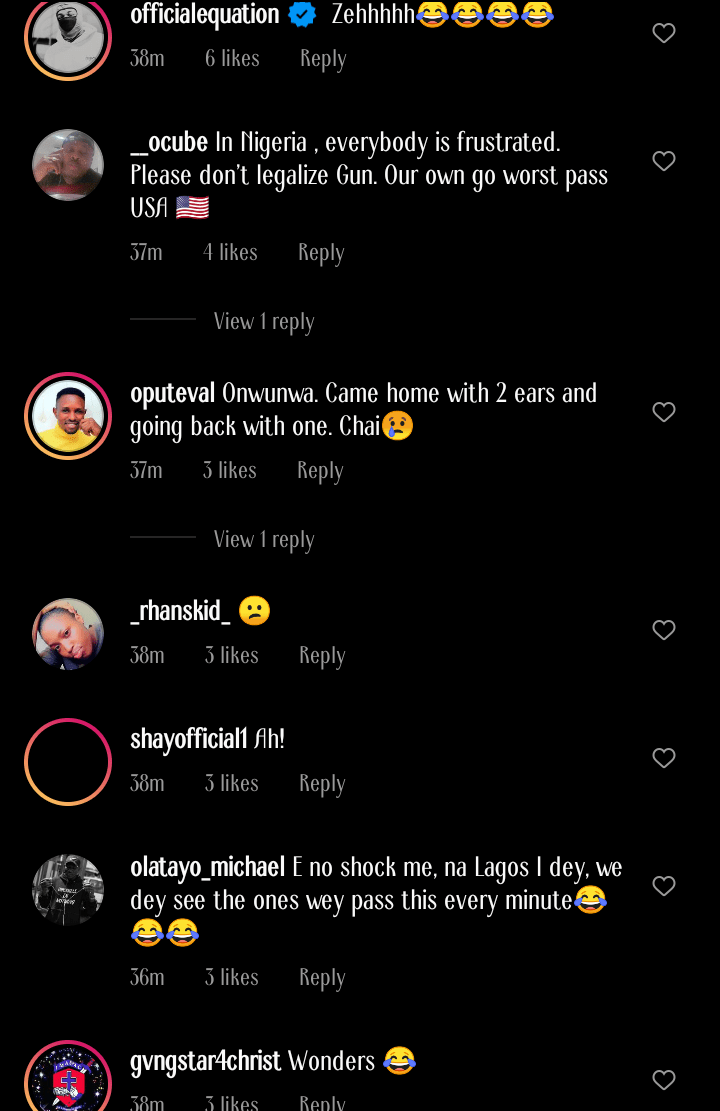 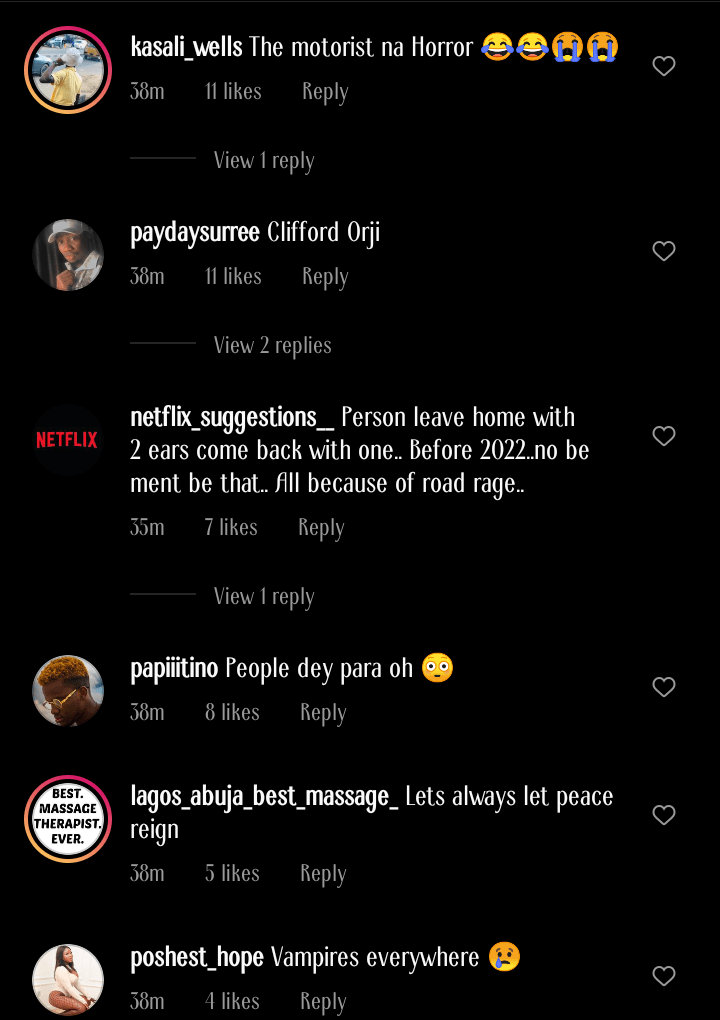