Movie director and Nollywood actor, Ugezu Ugezu has mocked ladies that condemn polygamy on social media while they embrace it in reality. 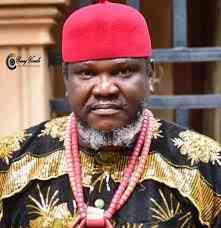 In a post shared on his Instagram page, Ugezu stated that most ladies are hypocrites for vehemently saying no against polygamy online yet they are dating married men offline.

He further described them as fake people who are trying to please people with lies.

”Most of the babes that come online to vehemently condemn polygamy are dating married men offline. I just wonder why some people love living fake just to please the people they have already displeased with lies. So many saints online’‘ 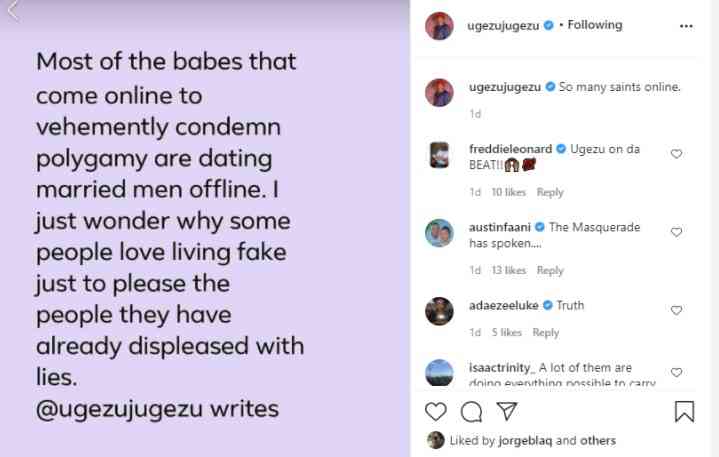