Video footage captures the hilarious and weird moment the Zazu crooner, Portable shuffled some cash that was being sprayed on him into his pant. 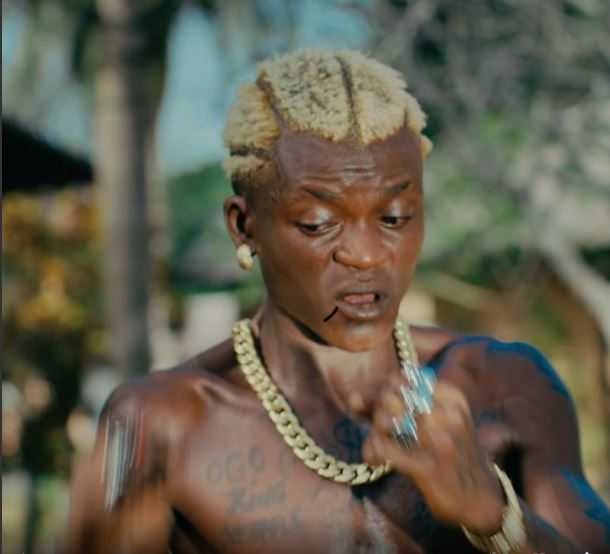 The singer who seems not to be taking chances any longer grabbed some cash from a man who held a bundle of money and immediately inserted them into his trousers which amused a lot of people.

This comes after the crooner also scrambled for the dollar bills Davido gave him and made sure he gathered all himself without the help of anyone.

One could trace this behaviour of Portable to his recent feud with Poco Lee whom he accused of not giving him a fair share of the dollar bills Wizkid sprayed on him.