A viral video of a lady who proposed to her boyfriend at dinner is currently making rounds on social media. 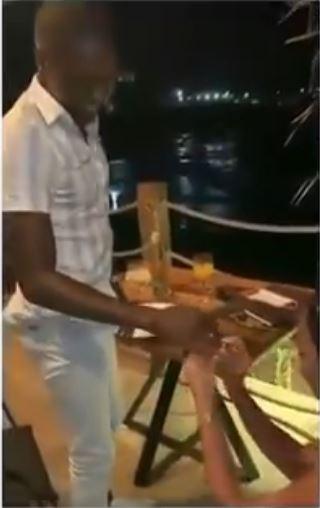 This caught the attention of people owing to the fact that the lady has just done the opposite of what is obtainable in modern-day society.

In the video, the lady took her boyfriend by surprise and is believed to have connived with the staff of the restaurant who brought a plate to her boyfriend who thought it contained food, only to see the ‘Would you marry me’ sentence boldly inscribed on it. 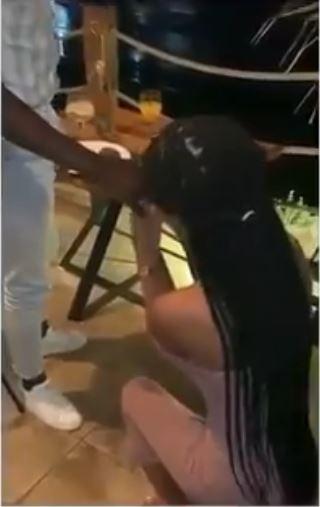 Her boyfriend was left in awe as he couldn’t help but clap while laughing so hard. She further went on her knees and inserted the ring into his finger.

Lady proposes to her boyfriend in romantic dinner pic.twitter.com/9aswp7xeYI