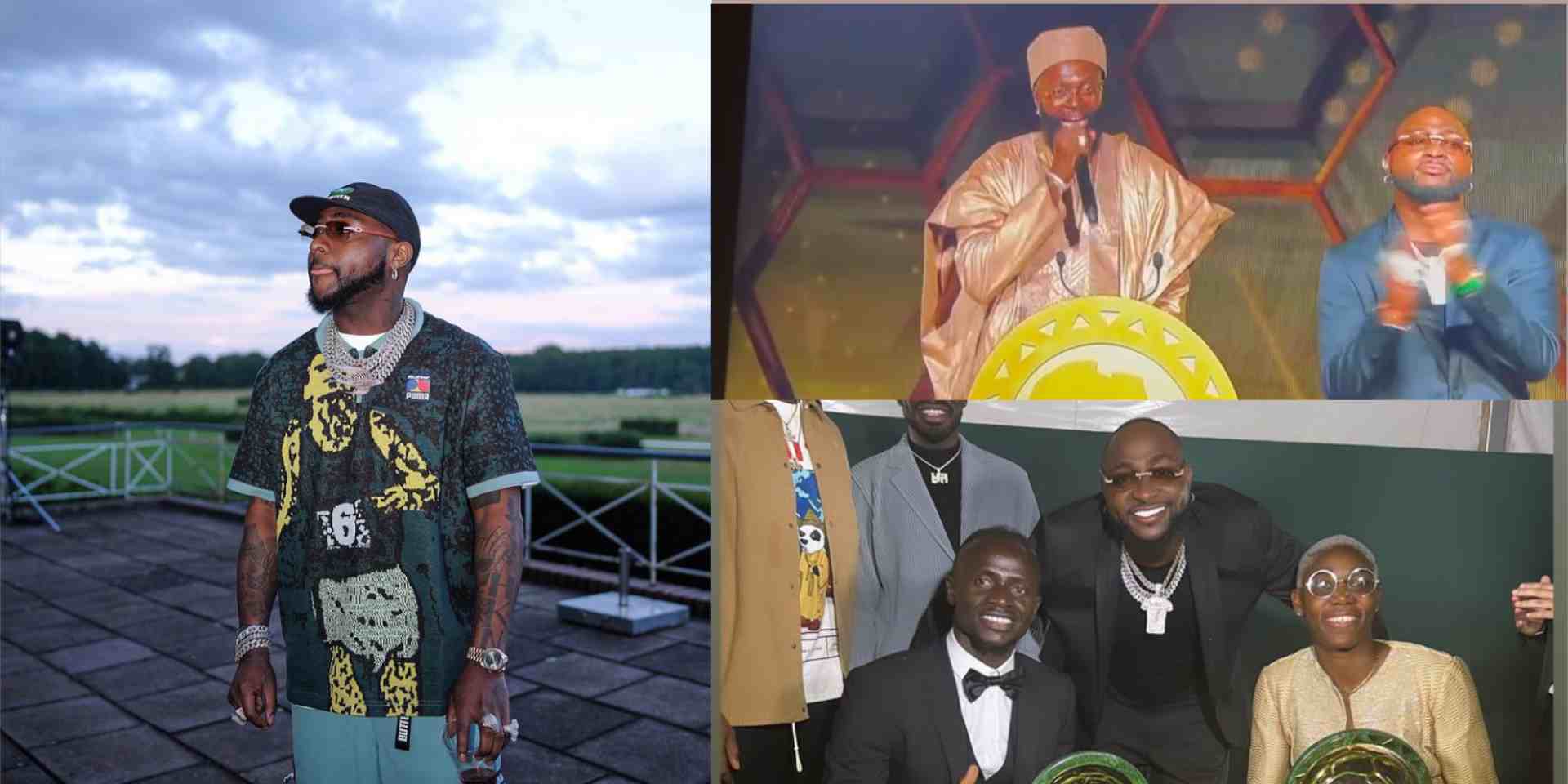 Widely celebrated crooner, David Adeleke, better known as Davido was present at the Confederation of African Football (CAF) Awards 2022 held in Rabat, Morocco on July 21st and subsequently took shots with the winners. 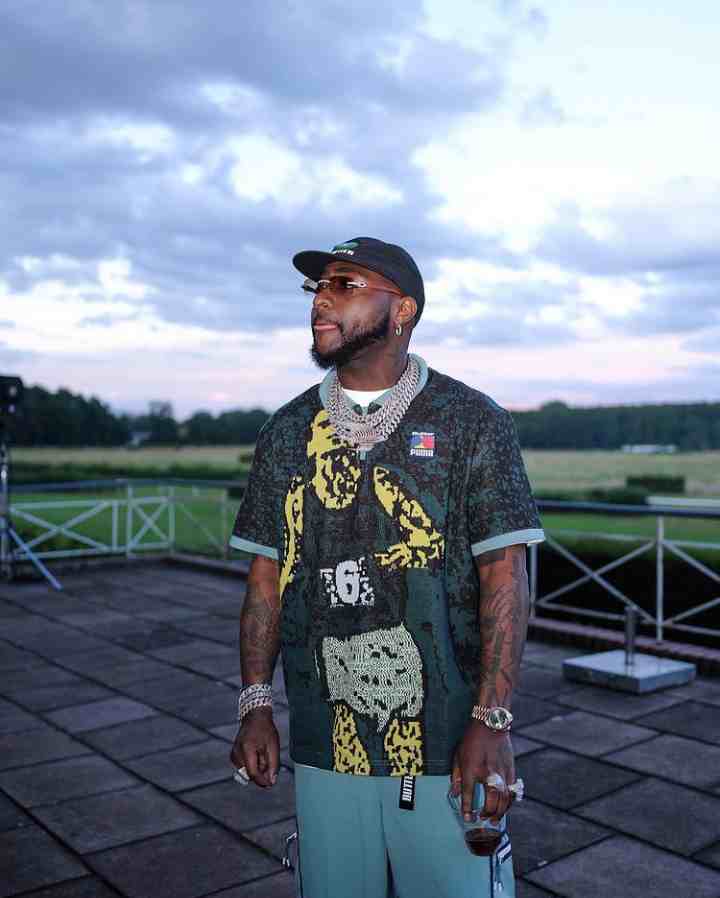 A clip however captures the moment Davido was invited on stage at the award night. 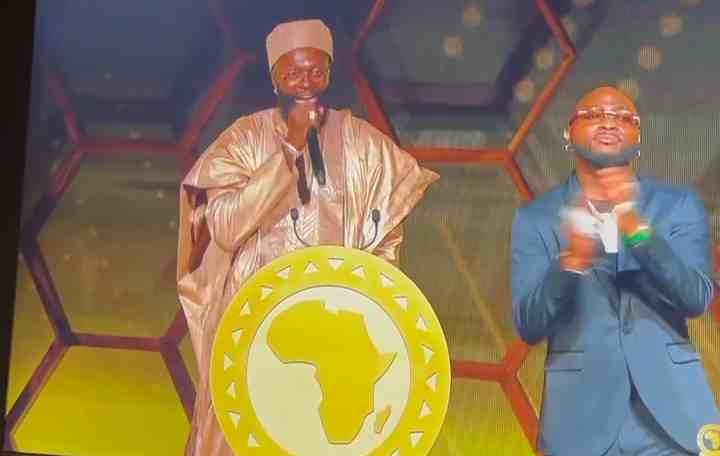 The likes of Tiwa Savage, and Jay Jay Okocha were also present.

Below is a photo of Davido, his crew members, Sadio Mane and Asisat Oshoala at the CAF Awards: 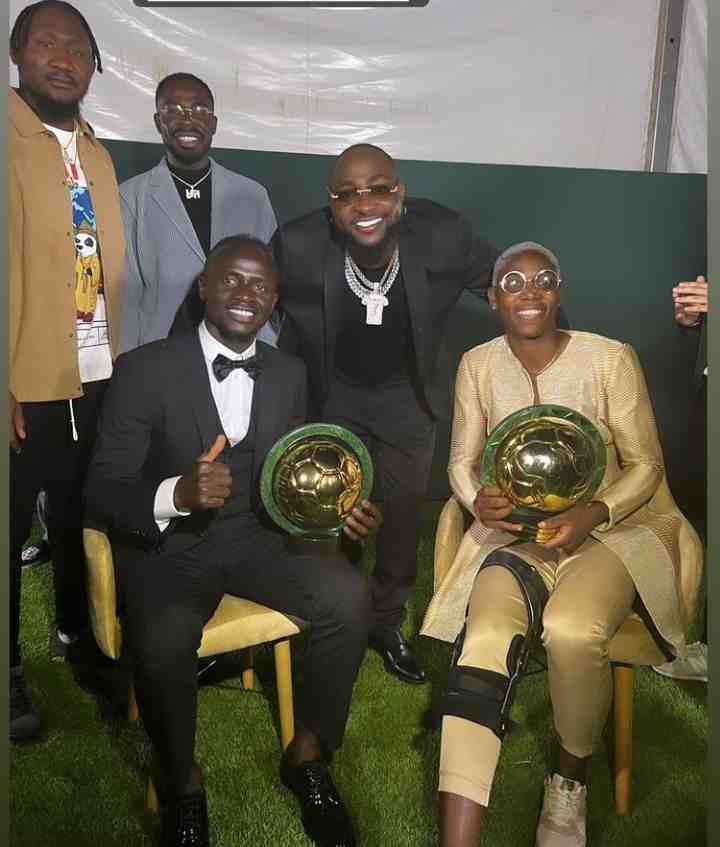 Obi Cubana, others react as Portable shows off his restaurant currently under construction...