A video has captured the moment a couple went into trance during their wedding ceremony. 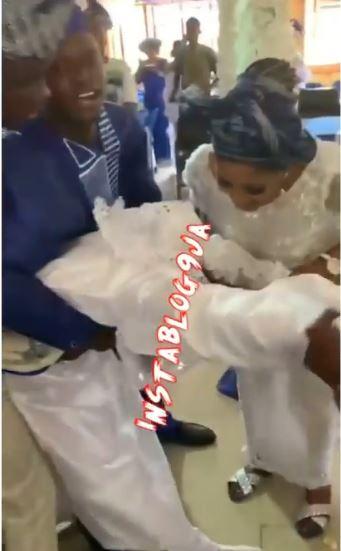 In the video, the couple who seemed to have just been pronounced husband and wife were initially seen vibing to a song that was being played by an entertainer.

Amid the euphoria, the newlywed bride gave a 360-degrees turn and subsequently passed into the extra-mundane, while the song continued with much alacrity. 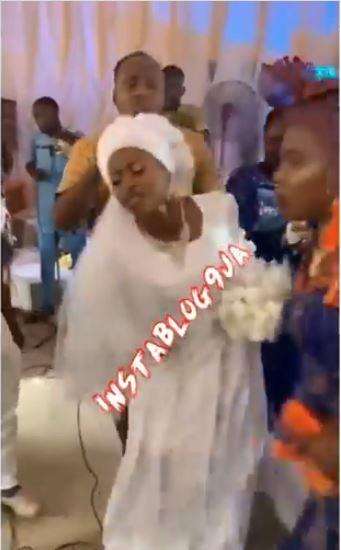 Her husband in no time joined the show as people offered a helping hand immediately to avoid casualties or anything of such nature during the display.

The couple donned a white attire and the bride was seen holding her flower bouquet.