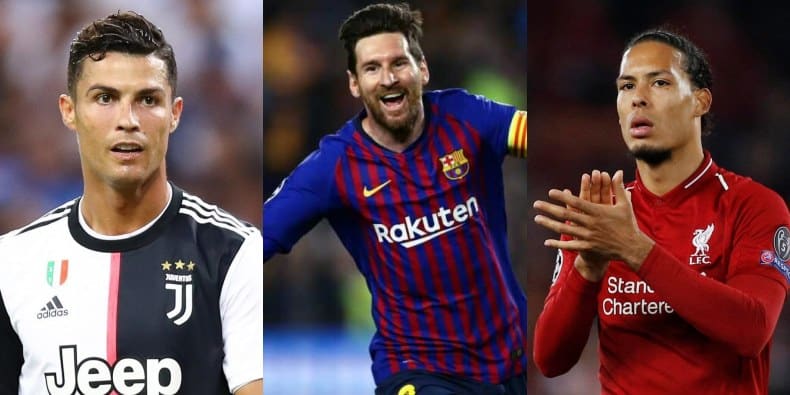 The usual suspects, Cristiano Ronaldo (Juventus) and Lionel Messi (Barcelona) have been nominated for the Best FIFA Men’s Player of the Year prize.

FIFA made the announcements via its social media channels on Wednesday afternoon.

Real Madrid midfielder, Luka Modric, who is the current holder of the award, has been left out.

Messi and Ronaldo have shared the prize five times apiece over the past decade.

The winner will be revealed at The Best FIFA Football Awards show in Milan on September 23.