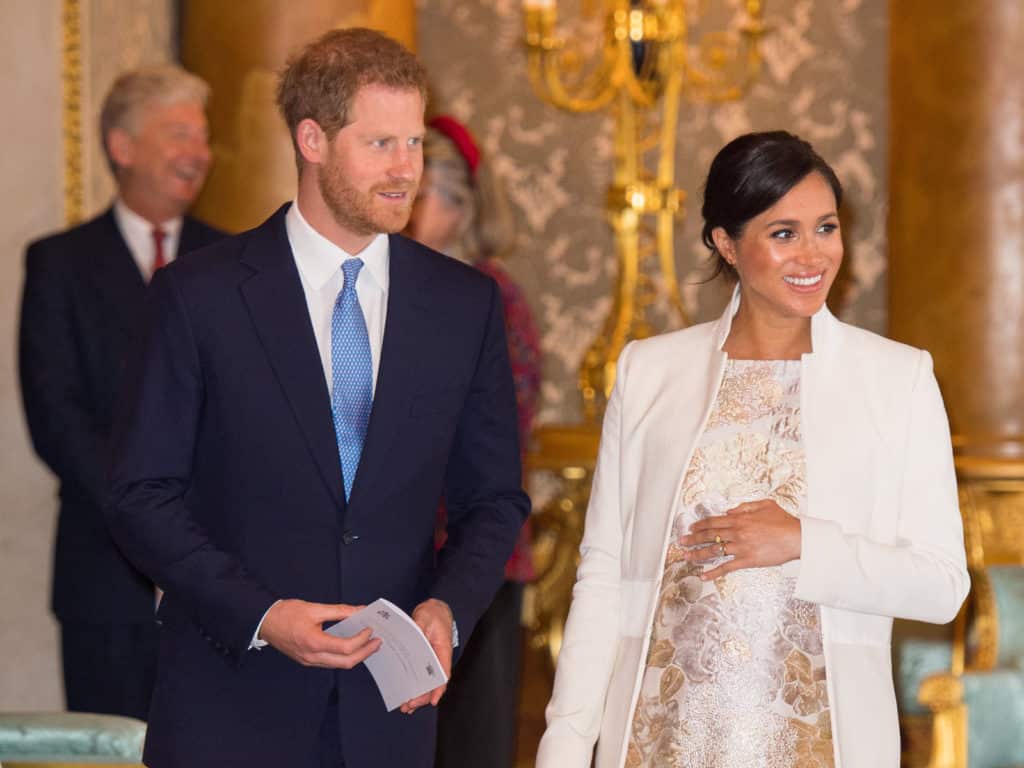 The former Meghan Markle, the Duchess of Sussex, gave birth to a baby boy on Monday— her first child with Prince Harry.

The duchess went into labor early Monday morning with Harry at her side, the palace announced on Monday afternoon local time.

Harry was with his wife when she gave birth at 5:26 a.m. local time. The baby weighed 7 pounds, 3 ounces. Meghan’s mother, Doria Ragland, is with the couple at their home, Frogmore Cottage, the palace said in the birth announcement.

“It was amazing,” said a beaming Harry in an impromptu press conference. “As every father and parent will ever say your baby is absolutely amazing… I’m just over the moon.”

They are still deciding on a name for the newborn, Harry said, adding that they would introduce the baby to the world in two days.

“I’m so incredibly proud of my wife,” he said.

Prior to the birth, few details of the couple’s plans were released. Last month, Kensington Palace said that the birth would be revealed only once Harry and Meghan had the opportunity to celebrate privately. Unlike Harry’s brother, Prince William, they didn’t share where the baby would be born.

Harry and the former “Suits” actress married last year in a chapel on the grounds of Windsor Castle, about 20 miles west of central London. The celebration saw movie stars mingling with royalty.