A Catholic priest, identified as Father Abel Mwelwa, has been suspended in Lusaka, Zambia, after his married lover allegedly died during a marathon sex in his house. 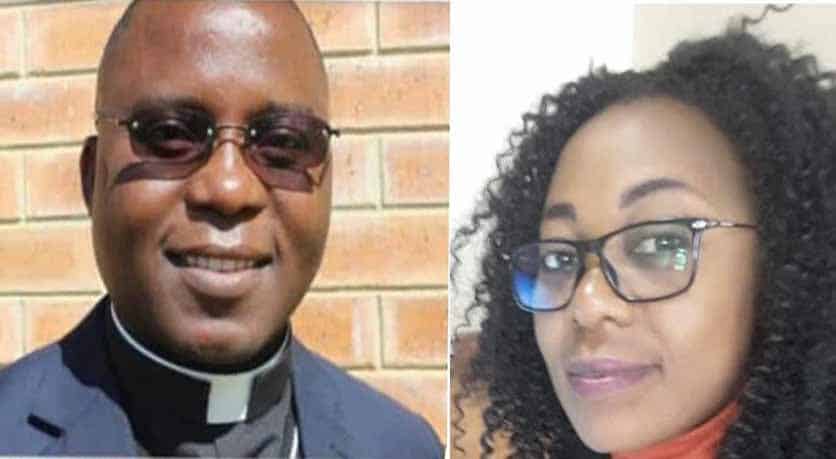 The deceased, who was a member of the Catholic Women’s League from St Maurice Catholic Church, had lied to her husband that she was going to a funeral but ended up with the priest.

Police in Lusaka says they have instituted an inquiry into the death of a 42-year-old woman who allegedly died in the Parish Priest’s House at Kaunda Square Catholic Church.

Meanwhile, Fr. Abel Mwelwa in a statement that the manner in which Lusaka Diocese Archbishop Alec Banda has handled the matter is unfair.

“I would like to assure you that all is well. My soul is at rest. Knowing that the justice of God is on my side. I have no bitterness against the manner in which this was handled. I allow God to deal with the matter,” Dr. Mwelwa said.

He also claimed that Monica Mulenga died in the hospital of Acute Pneumonia as the postmortem results indicated.

“God has his ways. Thank you for your brotherhood and support. Let it be known that the person died almost a month ago,” he said.
He added, “All was quiet until my Bishop decided to instruct some priests to circulate a communique of my suspension to all priests and religious. The communique is also addressed to the lay faithful. What a way of dealing with matters.”

“The result of such a miscalculated decision is what has brought this media frenzy. Has there been a time in the Catholic Church when the suspension of a priest is material for everyone? If not, the question is why has this been handled this way? Maybe we shall have answers in Heaven,’ he said.

“I thought I should share with you what has happened. God’s Justice May take long, but it surely does come.”